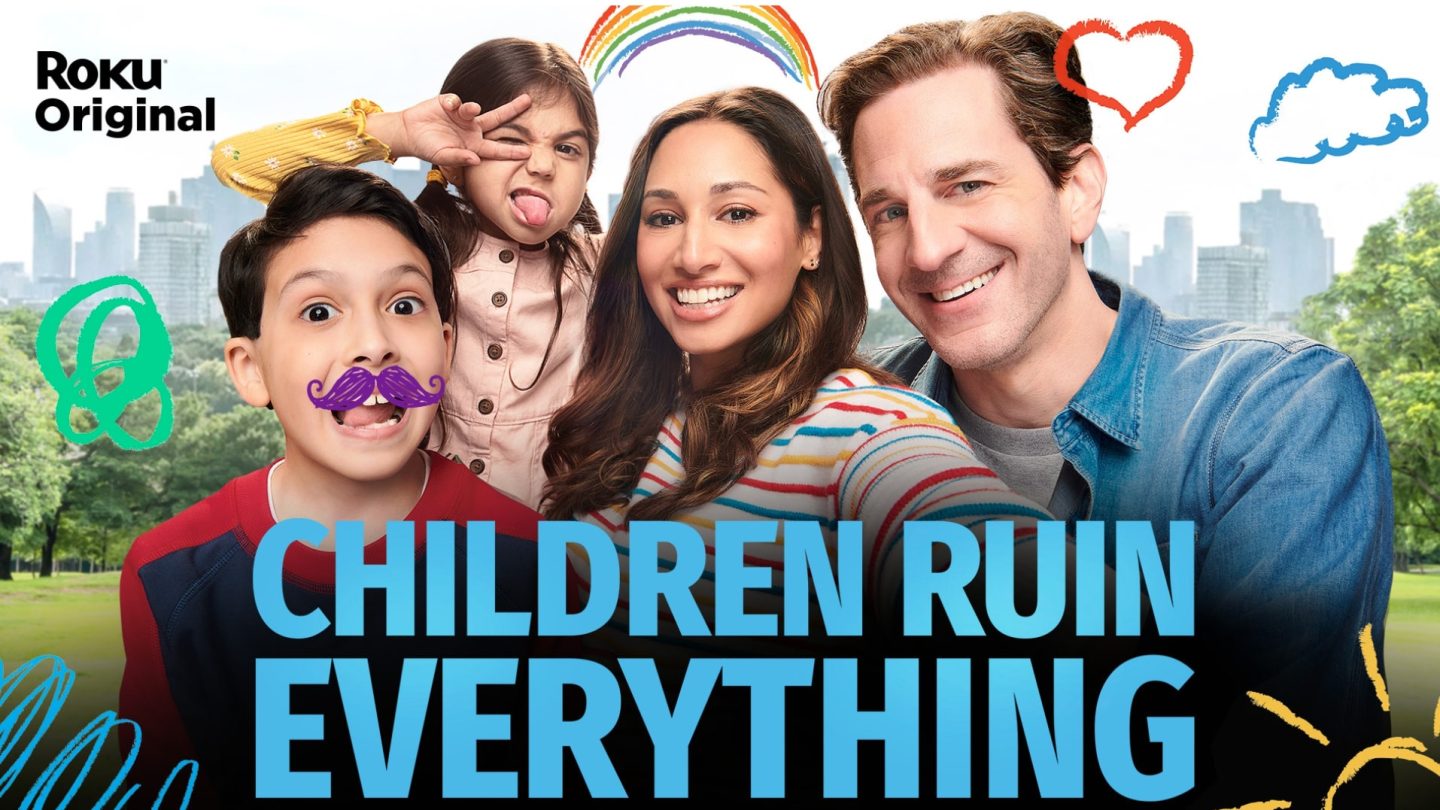 Roku finally did it, more than a year after the company first dipped its toe into the original programming waters. Over the weekend, the streamer debuted season one of Children Ruin Everything — a comedy from Canada with one of the best husband-wife relationships I’ve ever seen on a sitcom, and plenty of heart to go along with all the gags. It’s the show, I admit it, that finally got me taking the company’s original content seriously.

To be sure, this is not anything you haven’t seen before. Countless sitcoms have built themselves around an impossible-to-dislike couple, dealing with all the hijinks their little rugrats get up to. “Children Ruin Everything follows Astrid (Meaghan Rath) and James (Aaron Abrams) as they live with the worst roommates ever: Young children. Astrid and James struggle to find a balance between being ‘Mom and Dad’ to two kids and being who they were before.”

Honestly, though, I couldn’t care less that there’s nothing groundbreaking here. Because this show has some of the hallmarks of my favorite TV content at the moment. Half an hour or less? Check, thank god. Feel-good? Check. In fact, this show is feel-good enough that it’s already reminding some viewers of another half-hour comedy from north of the border that exploded in popularity here: Schitt’s Creek.

Children Ruin Everything on The Roku Channel

Another reason you might want to check this one out:

Roku grabbed the rights to stream Children Ruin Everything back in the fall, prior to its debut in Canada in January. And the show got a great response up north upon its debut. It was CTV’s #1 new comedy for the season, with our sister publication Variety noting that it had the biggest Canadian comedy debut in the key demographic of 25-54 since 2019.

Also, not only did Roku see enough potential here to pick up the show’s first season. The company has also already green-lit a sophomore season.

Overall, my feeling thus far is that the humor and overall vibe of the show are definitely reminiscent of Schitt’s Creek. Roku, please give a raise to whoever brought this show to the company.

In the meantime, here are some other examples of Roku’s original TV efforts. As a reminder, this all got underway in earnest last year when Roku picked up dozens of shows from the now-defunct streaming service Quibi.

Including series that it’s acquired and developed on its own, Roku has launched more than 70 series since then.

From Roku: “Starring Kiernan Shipka and Diane Kruger, Roku Original Swimming with Sharks follows Lou Simms (Shipka) as she starts her internship at Fountain Pictures. While Lou may seem like a naïve Hollywood newcomer, awestruck by the studio’s notorious CEO, Joyce Holt (Kruger), landing this internship was no happy accident. As Lou’s obsession grows, she will do anything to get close to her idol.”

From Roku: “Set in 1986 and centered around the frantic world of broadcast news, The Newsreader follows the unconventional relationship between an ambitious young TV reporter, Dale Jennings (Sam Reid), and the difficult star female news anchor, Helen Norville (Anna Torv).“

From Roku: “SLIP tells the story of 30-something Mae Cannon, played by (Zoe) Lister-Jones, as she navigates her life through a restless marriage that seemingly works. The series follows Mae through parallel universes as she enters new relationships in an attempt to find her way back to her partner and eventually herself.”

(SLIP doesn’t have a release date from Roku yet, as of the time of this writing).