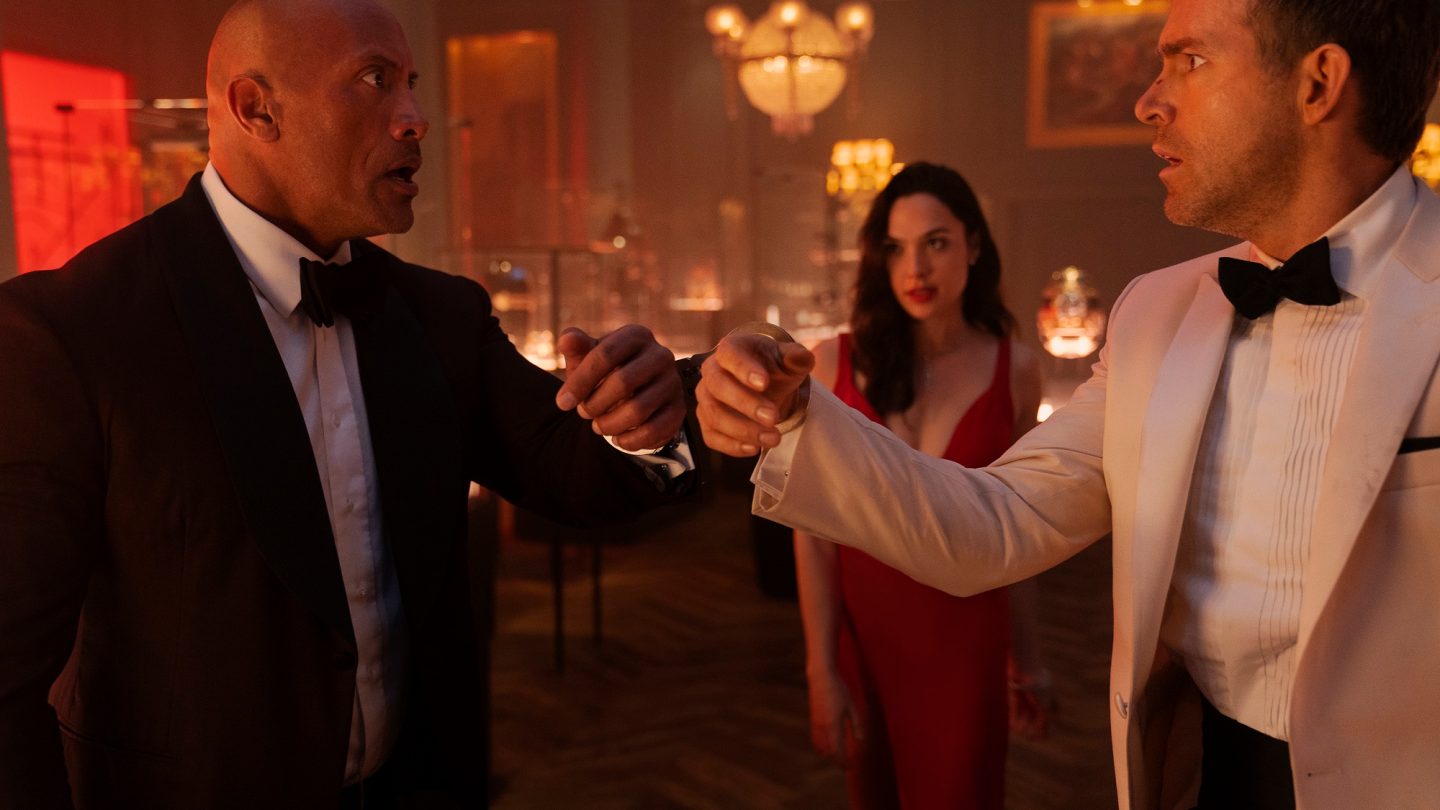 Earlier this year, one producer explained that Red Notice would be “the biggest movie Netflix has ever done.” Considering the cast, it was easy to see why. Red Notice is an action-adventure comedy starring Dwayne Johnson, Gal Gadot, and Ryan Reynolds. These are three of Hollywood’s biggest stars, each of whom has headlined a blockbuster franchise. Johnson has Fast and Furious, Gadot has Wonder Woman, and Reynolds has Deadpool (which is set to join the MCU). As such, it’s no real surprise that Red Notice had the biggest opening day of any Netflix original movie.

Red Notice is currently the top movie on Netflix in nearly every country on planet Earth (according to FlixPatrol). Netflix went on an advertising blitz to ensure that the movie would be a hit, and it seems to have paid off. Red Notice debuted on Netflix on November 12th, and according to its stars, it is already breaking records. Ryan Reynolds shared the news on Instagram on Saturday:

Reynolds’ co-stars were excited to mark the occasion as well. You can check out the celebratory posts of Gal Gadot and The Rock as well on their Instagram profiles.

Netflix has become more and more open about its viewership numbers in recent years. In September, co-CEO Ted Sarandos actually revealed the service’s most-popular movies and shows. They are based on the number of accounts that watched at least two minutes of a title in its first 28 days. Red Notice has only been streaming for a few days, but its opening day was a huge success.

The only thing that stands in the way of Red Notice is its bad critical response. Netflix is no stranger to middling reviews for some of its biggest movies and shows, but critics really don’t like Red Notice. The movie is currently sitting at 39% on Rotten Tomatoes with over 120 critic reviews. Its audience score is significantly higher at 92%, which Dwayne Johnson noted in his Instagram post.

It is worth noting that many of these reviews were published before the movie debuted. That did not stop Red Notice from having the biggest opening day in Netflix’s history. The question now is whether it can retain that momentum in the coming weeks to crack the all-time top 10.

Here’s the synopsis of Red Notice from Netflix, in case you’d like to know what the movie’s about:

When an Interpol-issued Red Notice — the highest level warrant to hunt and capture the world’s most wanted— goes out, the FBI’s top profiler John Hartley (Dwayne Johnson) is on the case. His global pursuit finds him smack dab in the middle of a daring heist where he’s forced to partner with the world’s greatest art thief Nolan Booth (Ryan Reynolds) in order to catch the world’s most wanted art thief, “The Bishop” (Gal Gadot). The high-flying adventure that ensues takes the trio around the world, across the dance floor, trapped in a secluded prison, into the jungle and, worst of all for them, constantly into each other’s company.

Red Notice is currently streaming on Netflix. Here’s the official trailer if you want a taste of the movie: