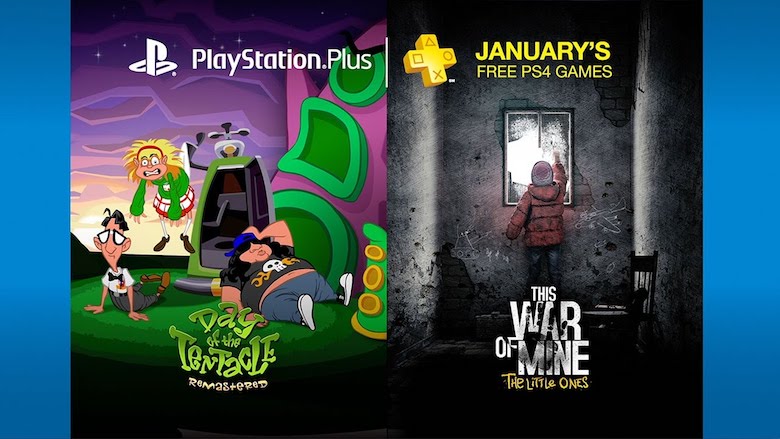 With just a couple of days left until 2016 is (mercifully) over, Sony has announced the selection of free PS4, PS3 and PS Vita games that will be available for PlayStation Plus subscribers in January. If you want to download any of the following six games, you need to have an active subscription to PlayStation Plus.

In January, Sony is once again focusing on indie titles, with This War of Mine: The Little Ones on PS4, The Swindle on PS3 and Titan Souls on PS Vita highlighting the collection. The remastered version of the classic adventure game Day of the Tentacle will also be available on PS4 and Vita, while arcade racer BlazeRush will hit PS3 and match-three puzzler Azkend 2 will be free exclusively on the PS Vita.

Here are all six games, along with platform availability of each:

Two straight months without a single triple-A game is a bit disappointing, but there are several games on this list worth downloading. Here’s hoping that Sony makes PS Plus a priority once again later in 2017, as Microsoft’s Games with Gold additions have been noticeably better in recent months.

If you want to see next month’s free PS4 games in action, watch the video below:

Check back next month for the PS Plus free games lineup for February.