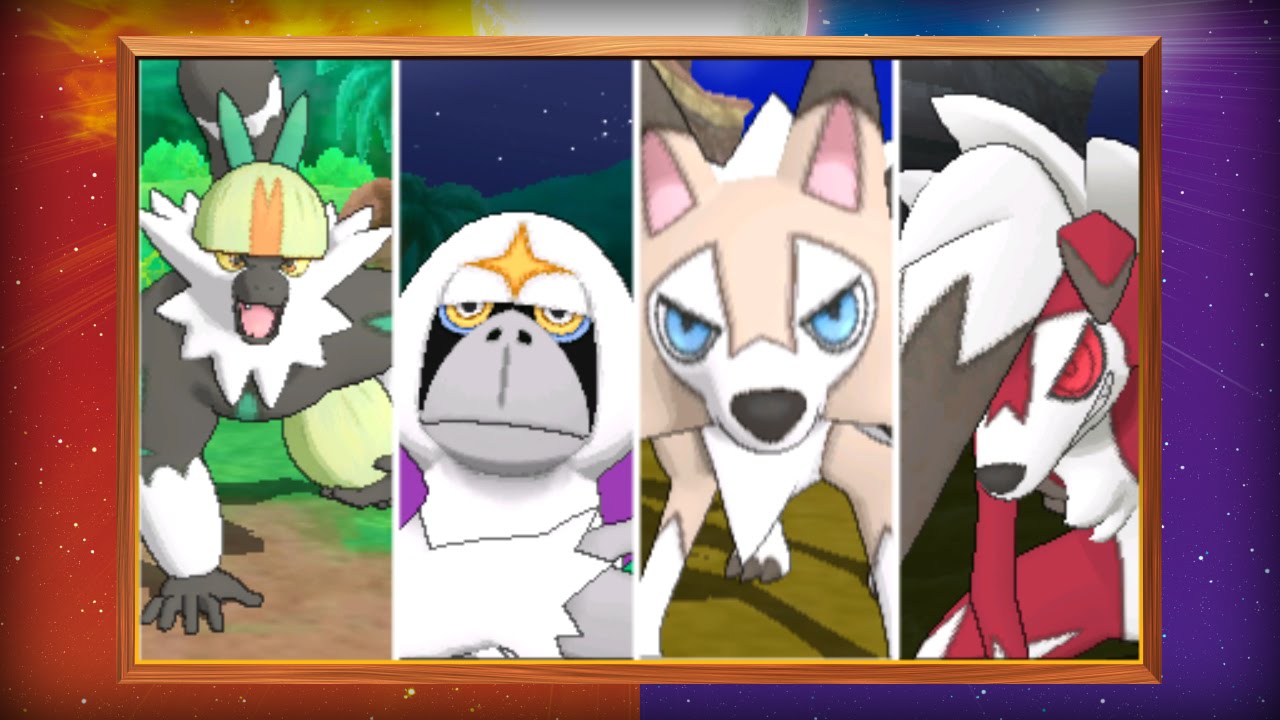 With review copies for Pokemon Sun and Pokemon Moon being distributed and the ROM leaking online earlier this week, many of the most important details about the game have been already been discovered a week before release.

One of those discoveries is the unveiling of the exclusive Pokemon that will appear in each version of the game. Pokemon has a long-standing tradition of creating version-exclusive creatures, and that will continue in Sun and Moon.

According to the leaker on Reddit, the Pokemon Sun exclusive Pokemon are Passimian, Tortunator, Lycanroc’s Midday Form, Alolan Vulpix (and Ninetails, its evolved form), the Legendary Pokemon Solgaleo and UB-02 Absorption.

Pokemon Moon players, on the other hand, will be able to catch Oranguru, Drampa, Lycanroc’s Midnight Form, Alolan Sandshrew (and its evolved form, Sandslash), the Legendary Pokemon Lunala and UB-02 Beauty.

The last creature on each list, the ones with the weird names prefaced by UB-02, are what’s known as Ultra Beasts. It’s still unclear what purpose they serve in Pokemon Sun and Moon (or the greater Pokemon universe, for that matter), but we now know each game will have an exclusive Ultra Beast.

These version-exclusive Pokemon mark the most significant difference between Sun and Moon, so if you prefer one list over the other, that’s the version you should buy. On the other hand, you can always trade with someone who has the other version of the game, so don’t get too caught up in the decision-making process.

Pokemon Sun and Moon will be available for 3DS on November 18th.