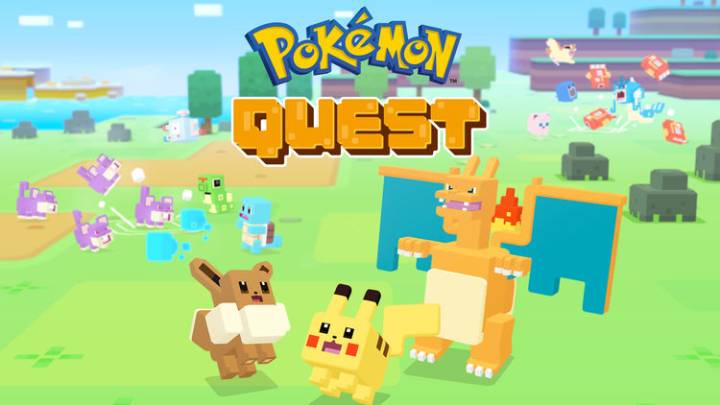 The Pokemon Company surprised us with a handful of new games during a press conference in Japan about a month ago, and today, one of those games is rolling out to mobile users. Pokemon Quest, which is a free-to-download game, debuted on Switch back on May 29th, but now it’s available on iOS and Android as well.

“The Pokémon you know and love have turned into…cubes?!” reads the description on the App Store and Google Play. “Head out in search of treasure with your cube-shaped Pokémon buddies on Tumblecube Island—a land where everything is a cube! Your goal is to find the awesome goodies said to be hidden on the island ! The Pokémon you know and love from Pokémon Red and Pokémon Blue appear in this game.”

Although Pokemon Quest and Pokemon Go share virtually nothing in common other than their cost to start, both are simplified versions of the classic Pokemon formula. In Pokemon Quest, players choose one partner Pokemon to start, and then go off on adventures around Tumblecube Island where they battle other creatures and collect items they can use to either upgrade their current Pokemon or attract new Pokemon that will join their party.

One word of caution: Based on my own limited time with the Switch version of the game and reports from others who have spent more time with it, the microtransactions become somewhat egregious relatively early on. If you want to advance quickly in this game, you will have to spend money. Otherwise, learn to be patient.

The iOS version of the game is compatible with most iOS 9 devices, but the developer warns that the game “may not function properly” with the iPhone 5 or other devices that don’t support iOS 11.