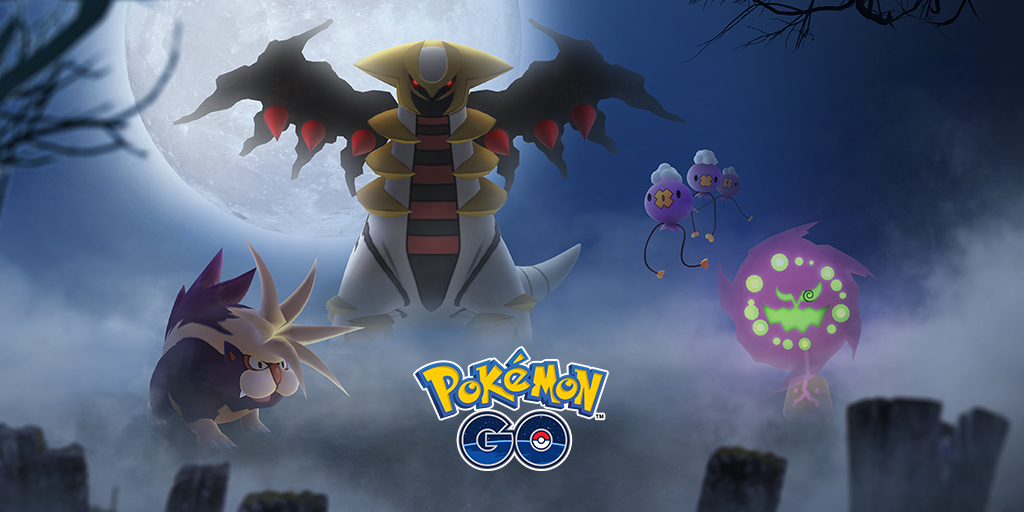 The first big Pokemon Go holiday event of the Generation 4 era has arrived, as Niantic announced on Tuesday that the 2018 Halloween event will begin on October 23rd at 1:00 PM PT / 4:00 PM ET. Throughout the event, trainers will find Ghost-type and Dark-type Pokemon originally discovered in the Sinnoh region scattered around, including Stunky and Drifloon. You’ll also get double candy for every Pokemon you catch until November 1st.

The Halloween event will also bring a new Legendary Raid to the game — this one featuring the Renegade Pokemon, Giratina. It’s a Ghost- and Dragon-type Pokemon, and you’ll only be able to catch it from now through November 20th, at which point it will cycle back out of the rotation for an unspecified amount of time.

But that’s not all, as Professor Willow apparently has a new Special Research quest prepared for Halloween as well. According to Niantic’s blog post, Willow found an odd stone recently and strange things have been happening in his lab ever since. It seems like it might very well be a Pokemon making a stir, so be sure to complete all of the tasks Willow provides in order to find out the source of the issue before it vanishes for good.

Although the blog post doesn’t specify which Pokemon might be freaking Professor Willow out, it seems likely that it’s Spiritomb: A Gen 4 Pokemon which was notoriously difficult to obtain in Pokemon Diamond and Pearl. Spiritomb’s the weird purple and green creature in the image at the top of this post, by the way.

There are sure to be plenty of secret to uncover when the event begins, so be sure to complete the Special Research quest and stock up on all the new Gen 4 Ghost-type and Dark-type Pokemon this week and next.