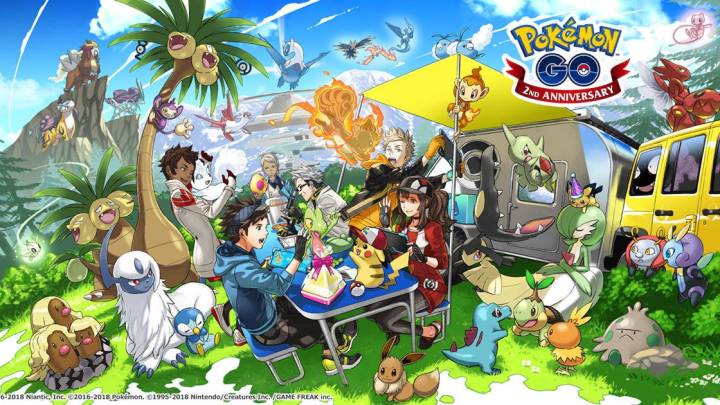 Almost a year after introducing the first Generation 3 Pokemon from the Hoenn region, Pokemon Go is finally making its way to the next generation. On Tuesday, Pokemon Go developer Niantic announced that fresh Pokemon from the Sinnoh region will soon begin to appear in Pokemon Go, and in preparation of their arrival, the development team is making a few changes to the game balance “to promote an improved overall experience.”

We don’t actually know when we can expect to see the first Gen 4 Pokemon, but if it’s anything like the Gen 3 rollout, we’ll probably get the new Pokemon piecemeal over the next several months. Gen 4 Pokemon debuted in Pokemon Diamond and Pearl, both of which hit the Nintendo DS in Japan back in 2006.

As for the game balance, Niantic is making changes to both the behavior and migration patterns of wild Pokemon as well as changes to how effective certain Pokemon are in battle. But first, here’s a video:

Changes to Pokémon Migration and Behavior

Changes to Pokémon Effectiveness in Battle

It appears as if Niantic is using the Generation 4 launch as an opportunity to allow trainers to encounter more varied types of Pokemon in the wild while also making some Pokemon that were previously ineffective in gym battles more potent. No release date for these changes yet, but they’ll begin to roll out “in the coming weeks.”