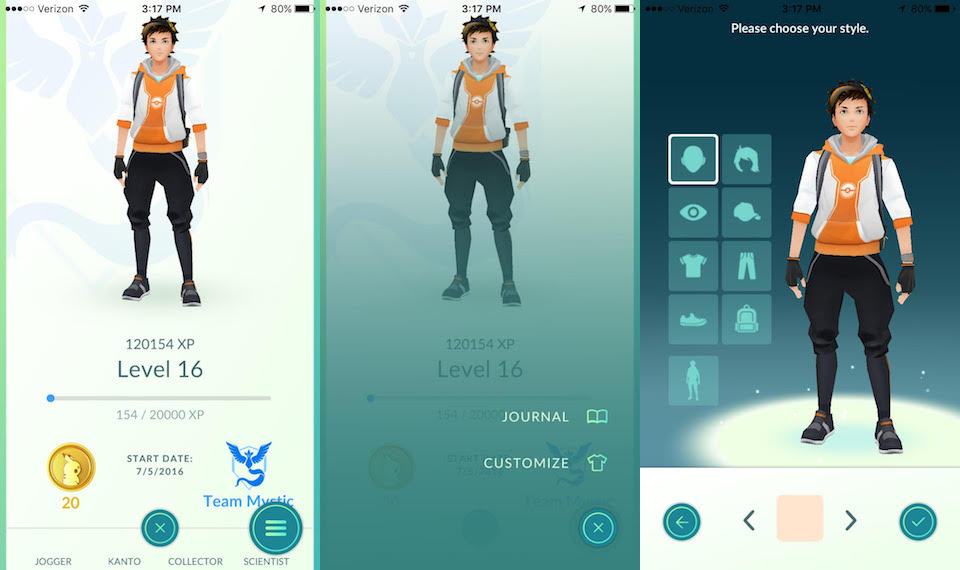 Although not everyone was happy with the latest update for Pokemon Go, it did add some much-requested features to the game that players had been begging for since launch. One of those added features is the ability to customize your avatar, which would have previously required you to make a new account altogether.

DON’T MISS: The best Pokemon Go cheat no longer works, and you can thank Niantic

If you want to change your character’s clothes, face or even gender, just open the app, click on the avatar’s face icon in the bottom left corner and tap the hamburger menu button that has been added in the bottom right of the profile screen.

In that menu, you’ll see two options: ‘Journal’ and ‘Customize.’ ‘Journal’ will show you all of your most recent activities (catching Pokemon, visiting Poke Stops, etc.) and ‘Customize’ will let you alter your avatar as much as you want.

Although it’s not one of the big improvements everyone was waiting for (i.e. trading), it is a nice touch, and even nicer that Niantic isn’t charging users to change the look of their characters. Cosmetic features are often prime candidates for in-app purchases, but you can change everything about your avatar for free.

Remember, you’ll need to have the latest version of Pokemon Go installed in order to customize your character, so update on the App Store or Google Play if you haven’t already.