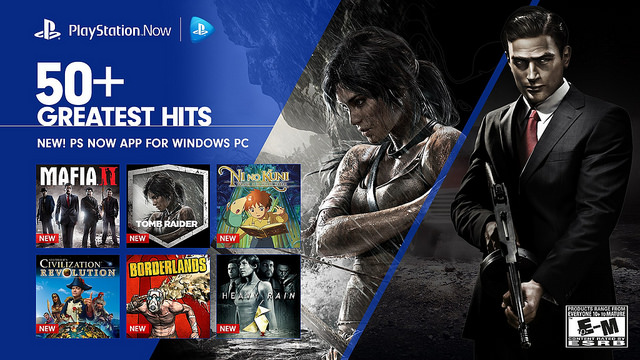 Just one week after Sony accidentally revealed it was bringing PlayStation Now to PC, the streaming service has gone live in the United States. That means that you can play over 400 PlayStation 3 games on your computer right this very instant by heading to PSNow.com and clicking the button to download the app.

DON’T MISS: Pokemon Go MythBusters: Tips and tricks that have been disproved and debunked

In celebration of the launch, Sony has also added six new games to the service, a few of which are classified as Greatest Hits (bringing the grand total of Greatest Hits on the service to more than 50, in case you were curious):

Along with the September additions you see above, Sony is also hyping up its October additions, which will include the popular Castlevania: Harmony of Despair. Speaking of coming attractions, you can also preorder the DualShock 4 USB Wireless Adaptor today, but it won’t start shipping until September 6th.

And if you simply can’t decide, Sony is also offering a 7-day free trial.