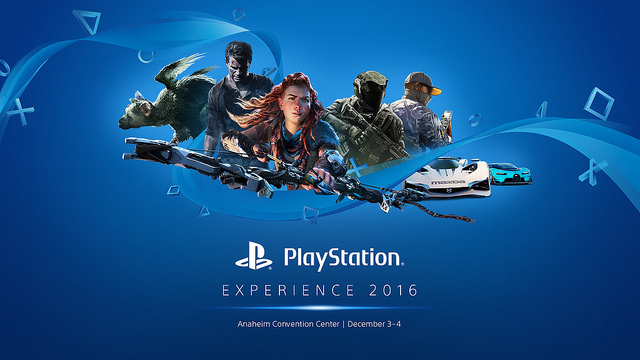 Rather than wait a year to showcase its games to the world, the company behind the PlayStation decided to host its own event in Las Vegas — an event that anyone could attend — and thus the annual PlayStation Experience was born.

Two years later, the third PSX, which will run from December 3rd-4th, is about to begin. Although we know the schedule of the two-day event and the panels that will be held, we still don’t know what surprises the keynote has in store.

Before we get to that schedule though, PSX 2016 will kick off with a keynote, which you can stream live right here starting at 10AM PT / 1PM ET:

Once the keynote ends, there will be a few panels to round out the afternoon, although the only one to have officially been announced is the Kojima Productions panel at 4PM ET, where Hideo Kojima and “special guests” will discuss Death Stranding, which stole the show at The Game Awards 2016 earlier this week.

Then on Sunday, Guerrilla Games will give us a closer look at Horizon Zero Dawn at 1PM ET, the Kinda Funny guys will host a live episode of their PlayStation podcast at 3PM ET and at 5PM ET, PlayStation and Naughty Dog discuss making games for all gamers in the Accessibility: Making Games for All Gamers panel.

Sony will also host the Capcom Cup, an invitational tournament for the Call of Duty World League and will give attendees the opportunity to play over 100 games, many of which won’t be out until later this year or in 2017.