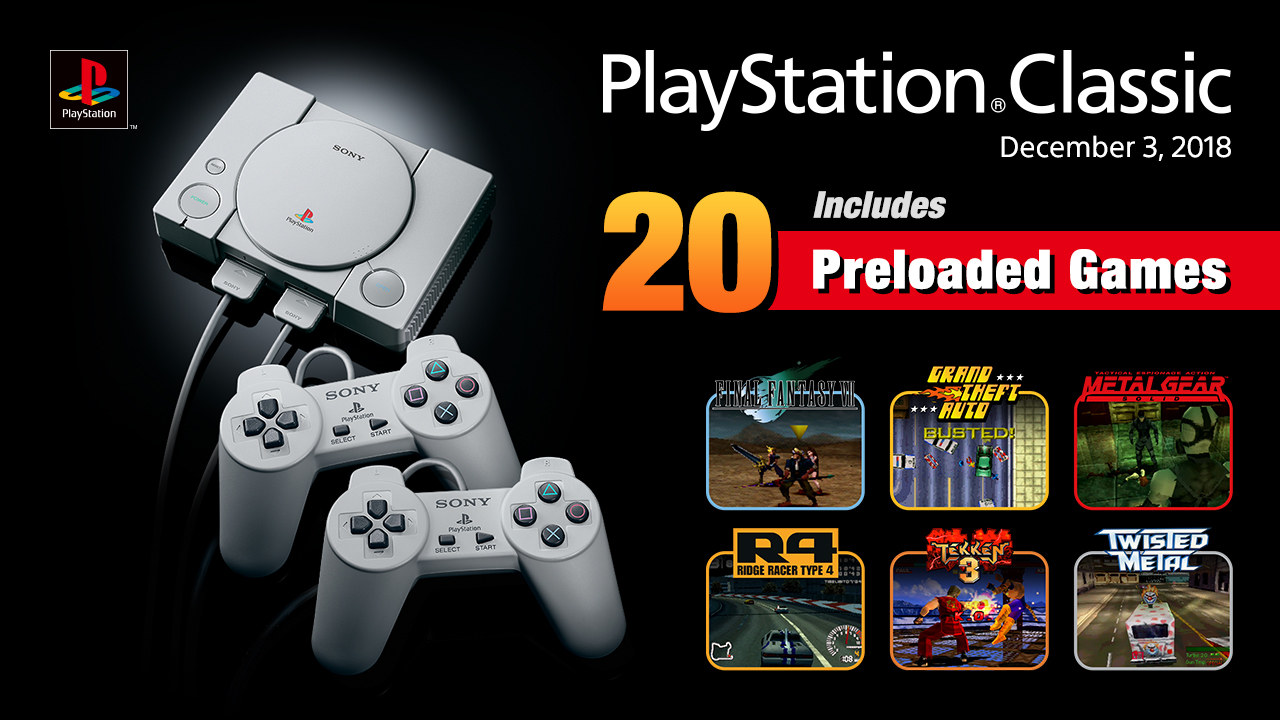 Just over a month after announcing the PlayStation Classic, Sony has shared the full list of PS1 games that will be preloaded on to the console. Sony first announced the PlayStation Classic back in September, but only shared a few of the titles that would be included, such as Final Fantasy VII and Tekken 3. The full list includes several other major hits, like Grand Theft Auto, Rayman, Resident Evil Director’s Cut, and Oddworld: Abe’s Oddysee.

All in all, it’s an interesting sampling of what the PS1 had to offer, from massive RPGs to open world adventures to platformers to racers. With such an enormous library to choose from, Sony was never going to please everyone, but this should be a worthwhile collection for fans who want to travel back in time to the mid-90s.

Here’s the full list of PS1 games that will come preloaded on the PlayStation Classic when it launches in December: