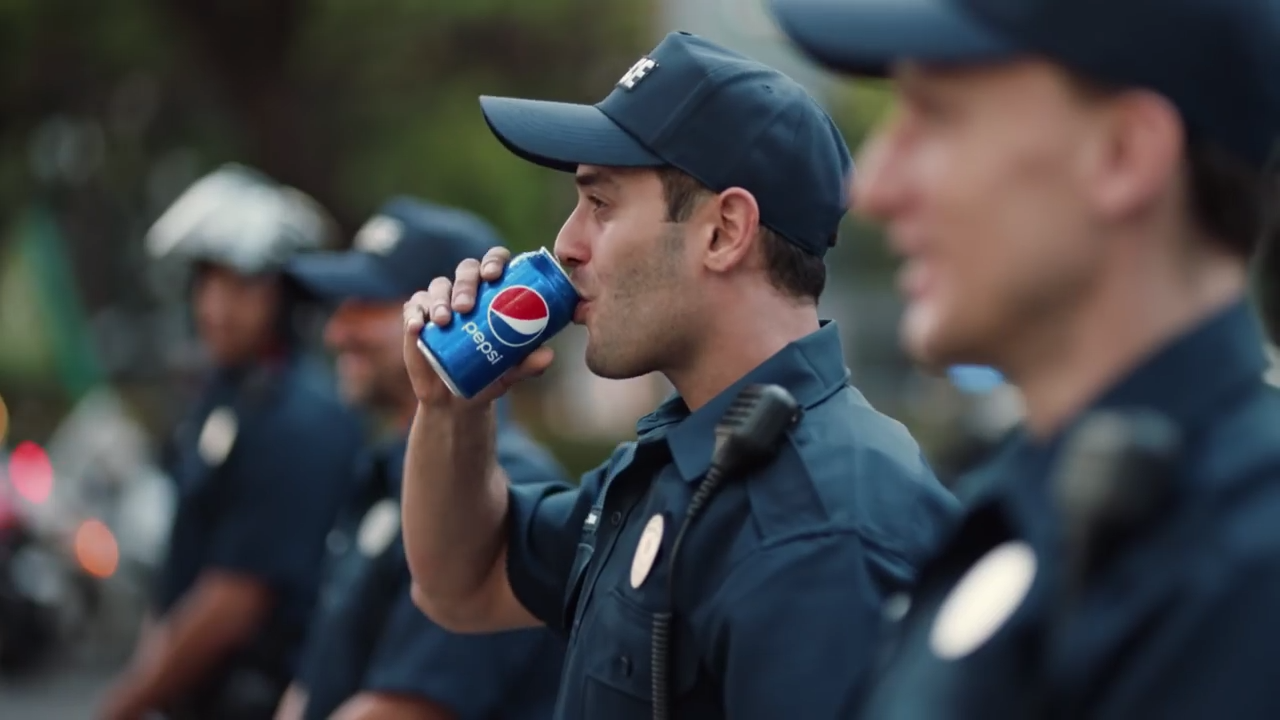 On Tuesday evening, the internet discovered a new commercial/short film that Pepsi had uploaded to YouTube. Starring Kendall Jenner, the commercial appears to draw inspiration from the countless marches and protests that have taken place over the past several years, with Jenner seemingly recreating an iconic photograph from a Black Lives Matter rally in Baton Rogue by handing a police office a can of Pepsi.

Whether or not this commercial is truly “outrageous” or “offensive” is up for debate, but it’s certainly one of the more cynical ads that has ever appeared on television. Watch the full extended cut below:

For posterity’s sake, it’s still floating around random YouTube channels, in case you missed it:

Unsurprisingly, the tone-deaf ad was immediately raked over the coals by virtually everyone with a social media account. Some appeared to be speechless, while other used the opportunity to rattle off jokes:

Pepsi just made the commercial of the year for Coke.

Look I'm as woke as the next guy, but even cops shouldn't have to drink Pepsi.

Following the backlash, People magazine got a hold of this statement regarding the ad from PepsiCo:

This is a global ad that reflects people from different walks of life coming together in a spirit of harmony, and we think that’s an important message to convey.

For now, it appears that Pepsi is sticking to its guns, but with over 1 million views on YouTube, the ad has already garnered 18,000 dislikes compared to just 3,000 likes. Brands that have dealt with similar reactions in the past have eventually apologized or attempted to sway the audience back in their favor (looking at you, Call of Duty: Infinite Warfare). I’m somewhat anxious to see how Pepsi handles this disaster.