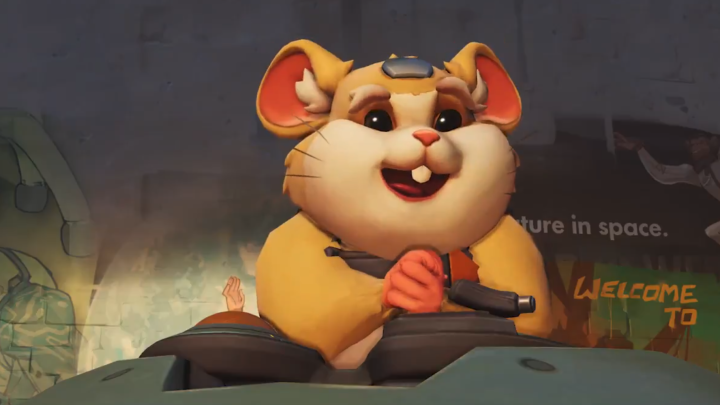 Fresh from wrapping up Overwatch‘s massive anniversary event and releasing a huge new patch on the live servers, Blizzard has fired up the old social media accounts to tease the newest Overwatch hero. And, by tease, I mean troll the living hell out of its 40 million players, because there’s no way that Hero 28 is a chipmunk in a giant mech suit, right?

Assuming for a second that we haven’t all gone completely insane, there’s something even more impressive than Blizzard’s imagination here: the fact that several Reddit sleuths correctly predicted what was going to happen, based off clues littered in some of the maps and a healthy dollop of good luck.

All we know about Hero 28, Killer Chipmunk Overlord, is what you can get from this tiny teaser video that Blizzard posted on Twitter:

But this isn’t a spur-of-the-moment decision for Blizzard: it seems that the developer team has been leaving clues about the chipmunk in-game for months. One particularly salient Reddit post from yesterday sums the evidence up:

Blizzard has done a great job keeping Hammond’s identity a secret, but I’ve figured it out. I’ve done it. Here is the Evidence for my later conclusion:

My logic is solid. The evidence is undeniable. Hammond is…A HAMSTER.

Like seriously, what is the perfect name for a hamster? Hammond.

Not even that sleuthing can compare to this throwaway comment from a year ago, however, which said “Look, I’m going to say that Hammy is an Evil Hamster in a robot suit.”