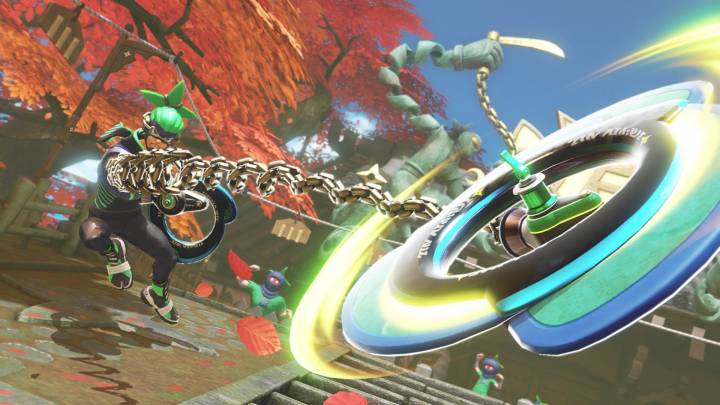 Sadly, not all of us are going to get the chance to play Super Mario Odyssey or Splatoon 2 at E3 this week, but that isn’t stopping Nintendo from releasing a few new games for the Switch. In the company’s latest Nintendo Download newsletter, it highlighted three new games that will all be available to download on the Switch eShop before the end of next week, including ARMS.

First up is Mighty Gunvolt Burst, a 2D action game that smashes together the universes of Azure Striker Gunvolt and Mighty No. 9. The game features classic pixel style graphics, a new character customization system and even takes advantage of HD Rumble. You can pick it up today for $9.99.

The second game on the list is the headliner: ARMS. You should read our review if you haven’t already, but ARMS is one of the more inventive Nintendo games in recent years, offering a solid and innovative 3D fighting experience while introducing a range of fascinating characters and abilities. ARMS and Splatoon 2 are the two big titles meant to tide us all over until Super Mario Odyssey hits in October. You can pick it up in stores or on the eShop starting on Friday, June 16th for $59.99.

Finally, we have a port of one of the most popular independent action games of the past several years. Cave Story+ is coming to the Switch on Tuesday, June 20th, bringing with it a compelling story, tight shooting and platforming and some of the cutest sprites you’ll ever see. It’ll be available on the eShop as well as in physical form at retail stores for $29.99.