Nintendo on Tuesday morning released its financial results for the fiscal first quarter, which ended in June. As expected, strong Switch console and game sales helped the company record an operating profit of 16.21 billion yen ($145 million), a huge swing from the 5.13 billion yen loss Nintendo posted in the year-ago quarter. The company also confirmed that it sold 1.97 million Switch consoles during the last quarter, pushing the cumulative total of Switch sales to date up to 4.7 million units. With the holiday shopping season fast approaching and Nintendo promising on multiple occasions to ramp up Switch production, that figure should ascend quickly. Nintendo maintained its earlier full-year Switch sales projection of 10 million units.

The company is clearly rebounding from its earlier struggles brought on by the failure of its previous-generation home console, the Wii U. And now that nearly 5 million people around the world have gotten their hands on Nintendo’s hot new Switch console, it’s time to take a look at the updated release schedule the company released alongside its earnings on Tuesday.

Nintendo has launched a number of hotly anticipated Switch games so far, including The Legend of Zelda: Breath of the Wild and Mario Kart 8 Deluxe. Most recently, Splatoon 2 hit store shelves just last week. But there’s plenty more that’s still in store for Nintendo’s new console, and the company issued an updated release schedule on Tuesday morning. Here are some highlights:

Nintendo also released an updated release schedule for third-party Switch games, as well as updates for first- and third-party Nintendo 3DS games. Check it all out in the screenshots below, and you’ll find Nintendo’s full earnings release right here. 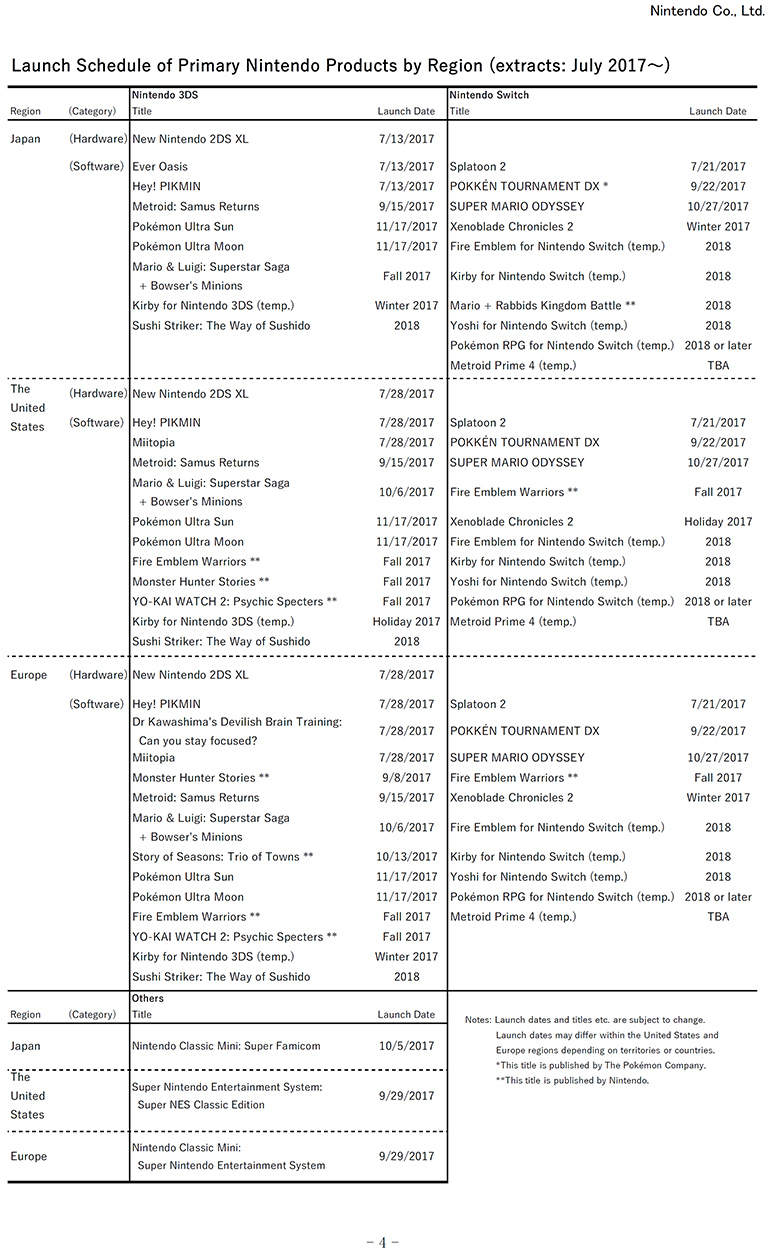 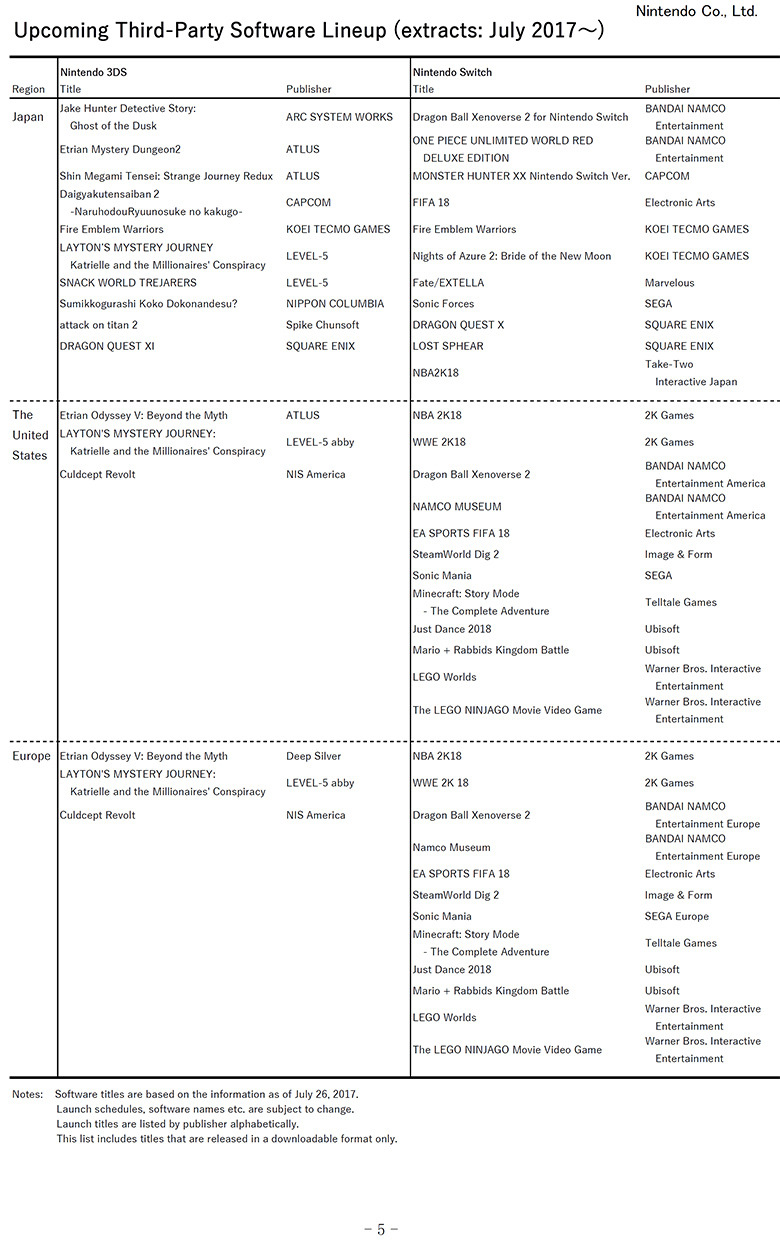