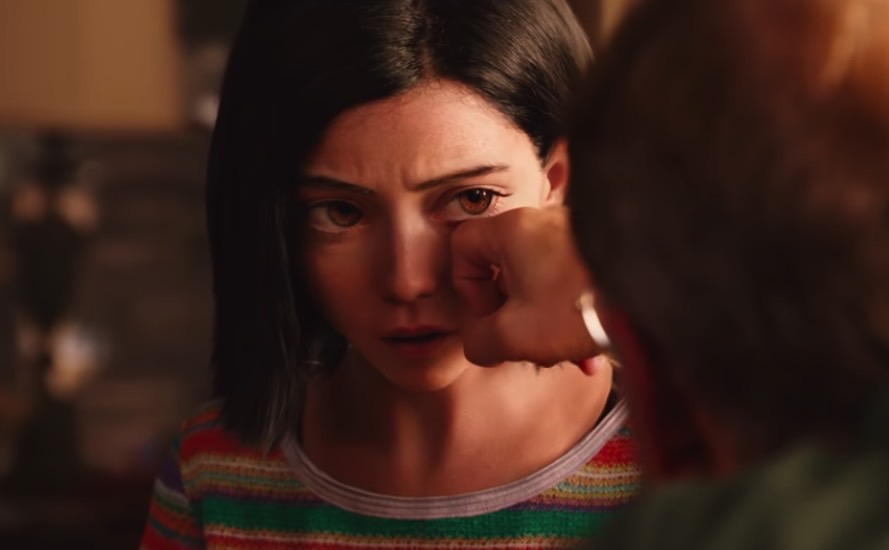 A treat is waiting for you in movie theaters this weekend, and that’s Tom Cruise’s Mission: Impossible – Fallout, which is probably a must-see for fans of the series. If you’re not into the franchise, then Teen Titans Go! To the Movies might be good for you, especially if you’re looking for something to see with your kids. On the other hand, staying in is also an option when it comes to new releases this weekend, as long as you’ve got Netflix where Sci-Fi story Extinction was just released.

As for trailers, it’s been a busy two weeks for movie fans, as we’ve seen quite a bunch of new clips thanks to Comic-Con 2018 (check this link to see all the trailers released at the show). We’ve got plenty of videos to show you this week as well, on top of what came out of San Diego last week.

Just before Christmas, we’ll learn exactly who Alita is and what her story is all about. All we know right now is that Battle Angel will feature some impressive action scenes, and we’ve got a new trailer to show you. James Cameron shares the screenplay by credits, and Robert Rodriguez is in the director seat for this one.

Dave Bautista in Final Store is like Bruce Willis in Die Hard. Or like Dwayne Johnson in Skyscraper. But this time around, the action takes place inside a sealed stadium. Final Score, get it?

Russia is such a popular topic these days, so this movie fits perfectly. Hunter Killer is a story about an American submarine tasked with saving the Russian president who happens to have been kidnapped by one of his generals. Gary Oldman, Gerard Butler, and Caroline Goodall star in this submarine story, which premieres on October 26th.

We rarely feature documentaries in our roundups, but Love, Gilda certainly deserves a mention. If you loved the comedian, you might want to see the film on September 21st when it hits cinemas.

Want to see a comedy about a boy growing up in the 90s in Los Angeles? Well then Mid90s is the title you’re looking for. Jonah Hill pens the script and directs, which might be an extra reason to watch it on October 19th when it premieres.

The mission is pretty simple: take the target to Mile 22 no matter the cost. Mark Wahlberg, Lauren Cohen, and Ronda Rousey should make it happen. Plus, there’s also John Malkovich. Here’s the latest trailer:

Of course we have new horror stories for you. Slender Man, hitting cinemas on August 10th, is a scary movie about a tall creature that’s responsible for the disappearance of countless children.

In Operation Finale, a team of secret agents is brought together to hunt down the Nazi architect of the Holocaust, Adolf Eichmann. Ben Kingsley plays the Nazi leader, while Oscar Isaac plays Peter Malkin in this real-life story. The film launches on August 29th.

What They Had is a star-studded story about complicated family dynamics when life just happens. Hilary Swank, Michael Shannon, Blythe Danner, Robert Forster, and Taissa Farmiga star what will probably be a heart-breaking story.