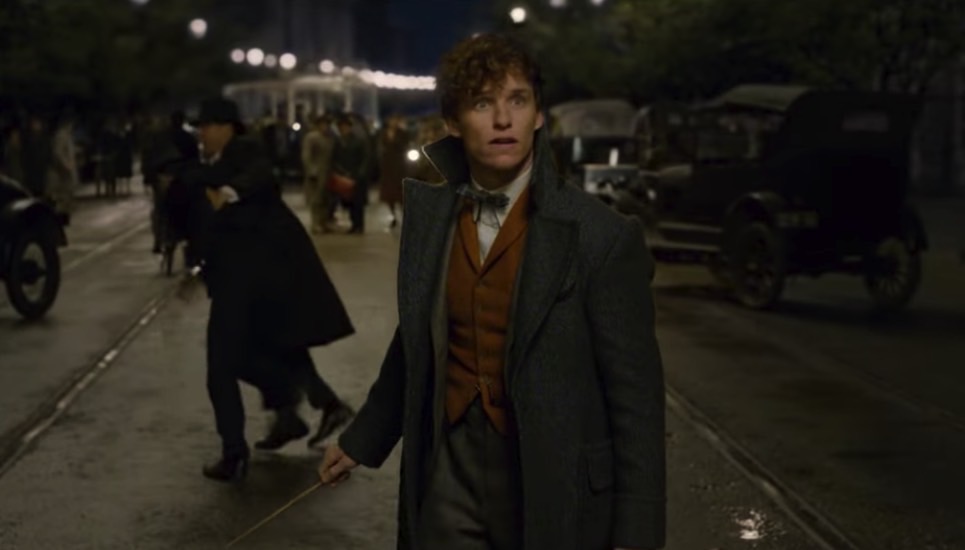 Comic-Con 2018 is now officially over, which means we can go through all the hot trailers that were released at the huge San Diego event. We already featured some of the trailers and teasers in our weekly trailer roundup a few days ago, but there’s plenty more to see now.

In addition to a bunch of first trailers for some of the hot movies headed our way in the coming months, we also got to see new trailers for upcoming TV series in the genre, so let’s dive right in.

Let’s start with all the trailers for new superhero movies unveiled at the show.

Everybody and their grandmother made fun of the poster, and now the official trailer is here. I can’t say I’m excited about Aquaman from the trailer alone, because DC Comics movies have been pretty terrible so far — except for Wonder Woman, of course.

I do find Fantastic Beasts: The Crimes of Grindelwald fascinating given that it comes from the same Harry Potter universe that we’ve grown to love. This the first trailer for the Fantastic Beasts sequel, so enjoy it because it’s spectacular:

We saw the teaser a few days ago, and now the full Godzilla 2 trailer is upon us. We know what Millie Bobbie Brown and Co. will be up to. And it looks spectacular. I mean, sure, those titans are scary and deadly, but in a cute kind of way.

Glass is the third part of a trilogy that we never knew was going to be a trilogy. The film will follow the events in M. Night Shyamalan’s Unbreakable (2000) and Split (2016), although it sure looks like Mr. Glass will have a central role in it.

Think of Shazam as a superpowered Big. We’ve got a kid who has an awesome superpower: he becomes an adult superhero with a single magic word, whenever his help is needed. It also looks like it’ll be super funny, which will be a nice change of pace for DC Comics movies.

And here are the TV shows teased at Comic-Con 2018:

Coming to Syfy next year, Deadly Class is a story about a kid who gets into a particular kind of class, the type that trains assassins.

It’s like The Simpsons but set in a medieval world full of magical creatures. It’s also only on Netflix beginning this August.

I can’t tell you that much about the new Doctor Who season, since I’ve never been a Doctor Who fan. But I do know that season 11 will bring you a brand new doctor, so there’s that.

Coming to Syfy and Netflix, Nightflyers is a show from George R.R. Martin that contains no games or thrones. Okay, maybe there are some games in it, and this is a psycho thriller story set in space.

Star Trek fans should know that season 2 of Discovery is almost upon us, and this is our first look at it.

Moving on to Star Wars fans, here’s the new official trailer for The Clone Wars.

If you’re looking for a mildly humorous, cringy Star Trek, experience, The Orville is the show you need. Here’s the first trailer for the second season.

Amazon’s The Man in the High Castle, a story about an alternative world where Germany and Japan won the second world war, reached its third season.

And here’s the official Comic-Con trailer for the ninth season of The Walking Dead, or the season where Rick and Maggie die.