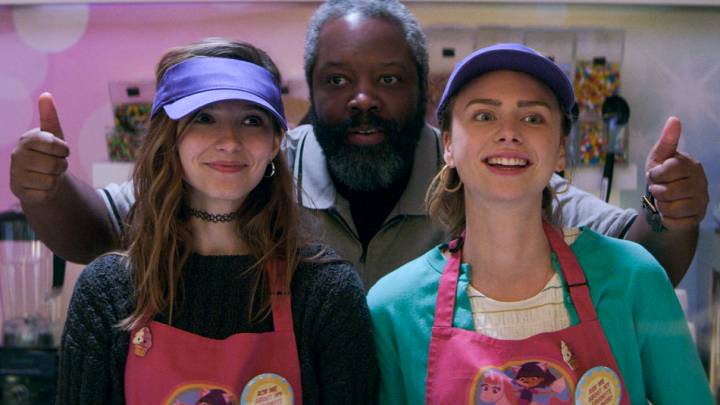 The coronavirus pandemic notwithstanding, 2020 has continued to be an insanely busy year for Netflix, with the streamer keeping up its usual release cadence that involves launching several dozen new Netflix series and movies from one month to the next. Indeed, the month of August alone will see the streamer give subscribers 60 new original shows and movies to enjoy — and one of those has already shot to the top of my must-watch list for next month.

Teenage Bounty Hunters is about two fraternal twin sisters learning to navigate the normal drama of high school, relationships, and growing up — while also working as ass-kicking bounty hunters. Netflix has released the trailer, which you can check out below, ahead of the August 14 premiere of the series, which is giving off strong Veronica Mars and Buffy the Vampire Slayer vibes.

Teenage Bounty Hunters was created by Kathleen Jordan, who also wrote and co-executive produced the show. Executive producers for the 10-episode series include Jenji Kohan, Tara Herrmann, Robert Sudduth, and Blake McCormick, with the first episode directed and executive-produced by Jesse Peretz.

The trailer alone hooked me into adding this to my watchlist. It’s got a mix of teenage sauciness, mixed with action, the normal quirks associated with growing up, and improbable heroines reminiscent of something like Buffy, which garnered a generation of passionate fans for a show that was a lot more ambitious than the campy vampires and assorted gruesome monsters would lead you to believe.

“We are really nailing this work life balance,” one of the two Teenage Bounty Hunter leads jokes in the trailer. “Why do we even complain so much? It’s super easy to have it all.”

Needless to say, I’m not alone in being excited for this series. Already, it’s attracted plenty of chatter online from other subscribers eager to check it out:

The Trailer for Netflix's Teenage Bounty Hunters Proves It Will Be Your Next Binge pic.twitter.com/Q5ou4BnTTr