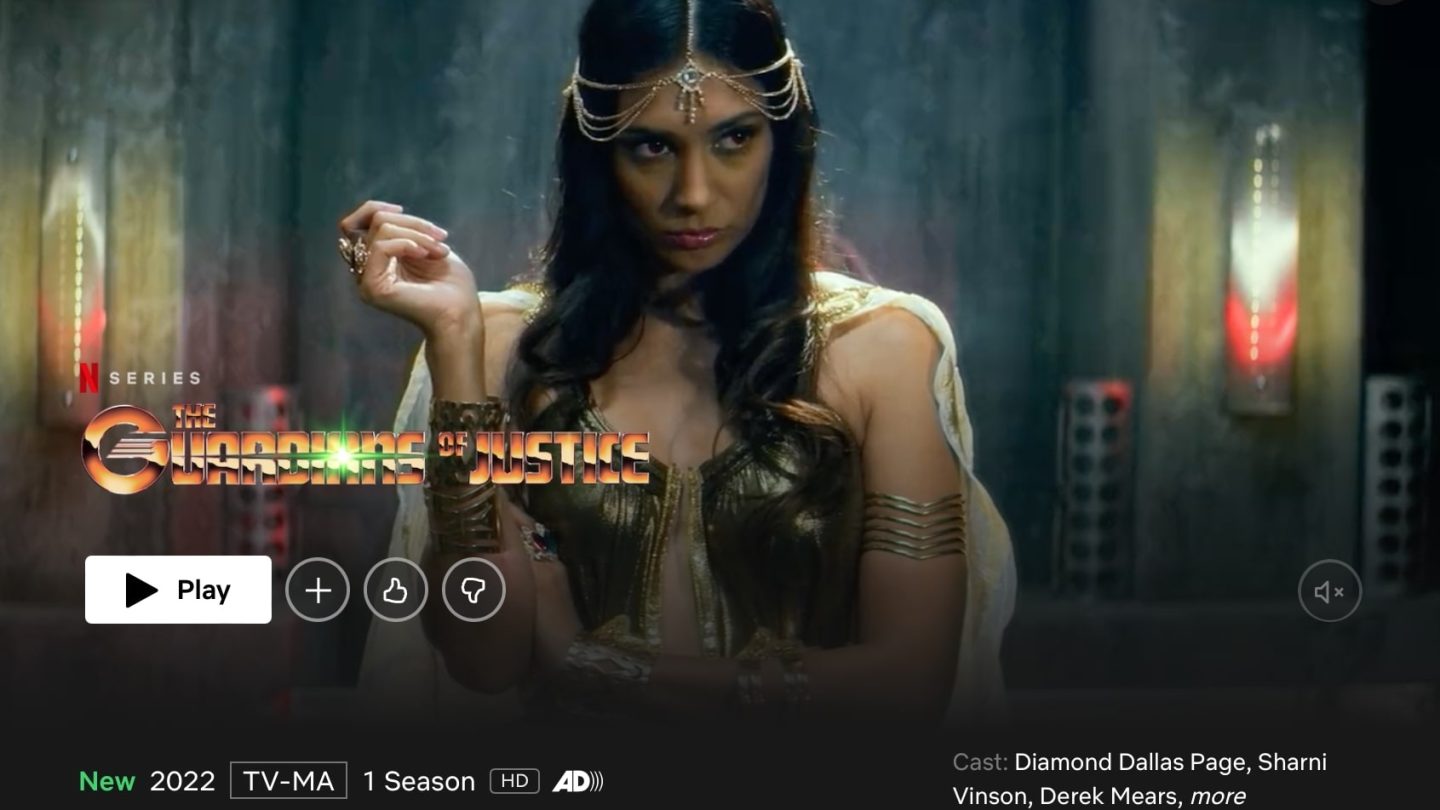 People have no definitive idea what to make of Netflix’s newly released superhero series, The Guardians of Justice. That’s the only conclusion I can draw from the fact that reviews and user reaction is absolutely all over the place — to say nothing of the fact that the trailer for this streaming series, which is about a group of superheroes who confront evil after “their fearless leader self-destructs” — left me utterly speechless. In an “I have no idea what to even think” or “what is going on here” sort of way.

First of all, the show switches between animation and live-action, which takes some getting used to. The voice cast includes Diamond Dallas Page, Sharni Vinson, Denise Richards, and RJ Mitte. And there’s a kind of Adult Swim aesthetic that people either love or can’t stand.

The Guardians of Justice TV series

You don’t really need to know much of a plot going into this to enjoy it. It’s a superhero series. The good guys fight the bad ones. They either save the world or tee up a sequel. The credits roll in triumph. That’s generally how the sequence of events is supposed to go, right? For my money, though, you can’t really describe The Guardians of Justice better than the Twitter user who mused about the series thus:

“Okay, so the Guardians of Justice are like someone did a mountain of coke, survived on nothing but energy drinks, and attempted to rewrite the DC universe. I’m two episodes in, and I can’t tell if it’s so bad it’s good, or it’s just a fever dream of bad.”

It must also be said that this show does a serious job of not taking itself too seriously. From the barely-veiled homage to Guardians of the Galaxy in the title to the character names like “Marvelous Man,” there’s a lot of style here trying to subvert the well-worn tropes of the genre.

Give series creator Adi Shankar — known for being the showrunner of Netflix’s Castlevania, among other projects — points for trying to do something different. Nevertheless, revulsion (like beauty) is in the eye of the beholder, which is to say there is either something brilliant at the heart of a project like this. Or it’s so bad that it’s good — or maybe it’s just too bad that it’s not as good as it thinks it is.

So far, we should add, this superhero series has a decidedly not super audience score on Rotten Tomatoes. The score there currently stands at a mere 44 percent, based on user reactions like these:

Like I said, all over the place. It sort of reminds me of that daring feat I used to do as a kid, filling up my cup at the drink station at a restaurant with a little bit from every nozzle. You think the result is going to be bursting with flavor, but more often than not it was just a weird letdown that made you wonder why you went to all that trouble in the first place.