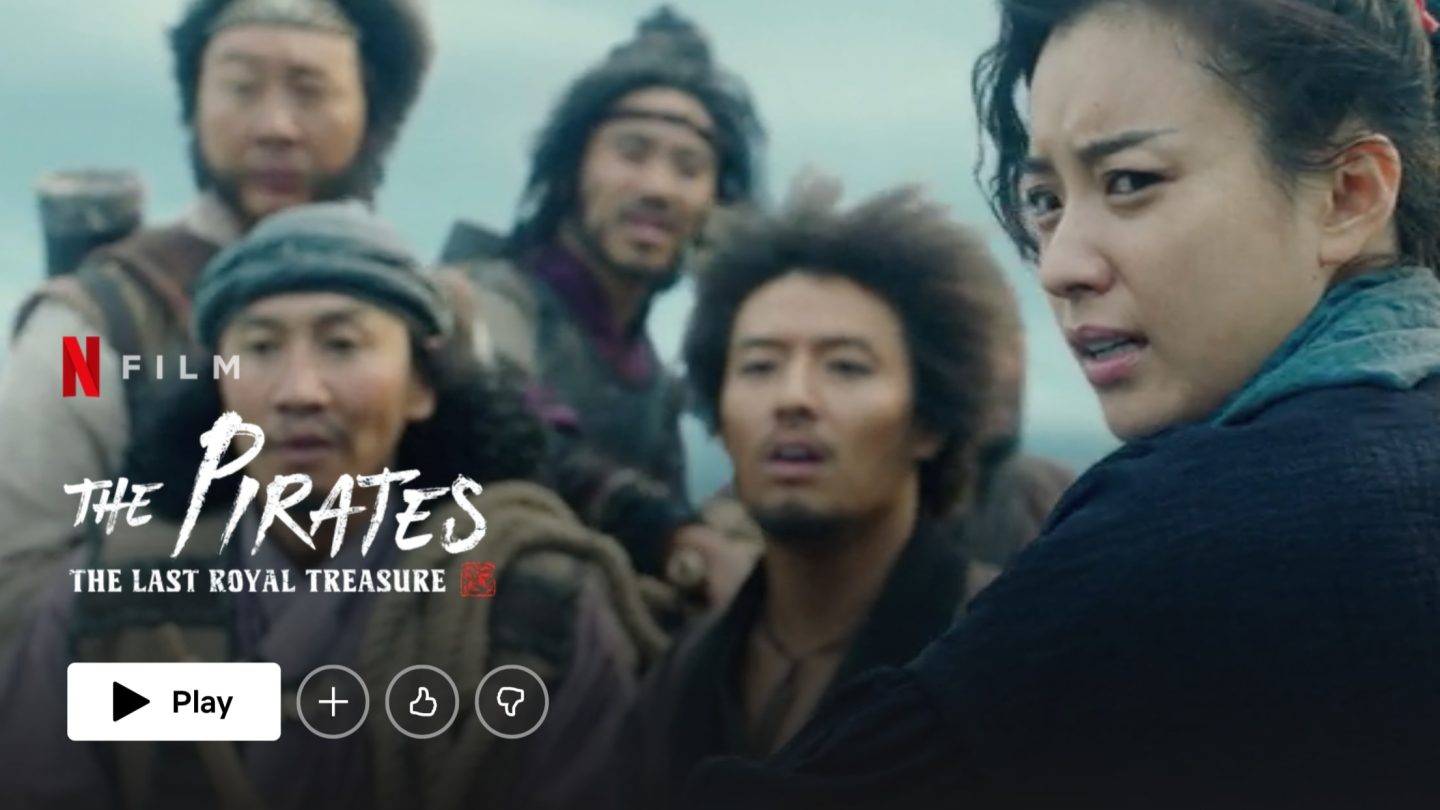 If you want to get a sense of Netflix’s growth trajectory, one easy way you can do that is to simply look at where it’s spending money. A new movie that’s just debuted on the streamer — The Pirates: The Last Royal Treasure — is but the latest evidence of Netflix’s growing investment in Korean language content. Something for which the streaming giant reportedly spent half a billion dollars in 2021, resulting in some of the most memorable content that Netflix gave us all year.

We’re talking shows like Vincenzo, My Name, and Hellbound. Not to mention a little drama you might have heard of called Squid Game. And as we wrap up the first quarter of 2022, there’s no indication Netflix plans to slow down its spending in this area anytime soon.

The Pirates: The Last Royal Treasure

This latest feature film addition to tell you about that’s just been added to Netflix’s Korean-language library is a 2-hour swashbuckler, of a sort that feels a bit unusual for the streamer. Most of the Korean historical dramas that I’ve seen, at least, on Netflix are set on land. And tend to focus on dynasties, mythical creatures, and the like. Or they’re more modern adventures, perhaps involving guns and drugs. Or maybe even just romantic stories, like Netflix’s new Love & Leashes Korean film.

As for Netflix’s summary of this new pirate-focused movie, here’s what the service gives us. “A gutsy crew of Joseon pirates and bandits battle stormy waters, puzzling clues, and militant rivals in search of gold lost at sea.”

So far, viewers are responding reasonably well to the film. This, by the way, is something that Netflix has comparatively less of compared to the tons of great K-dramas on the streamer to watch.

On Rotten Tomatoes, for example, The Pirates currently has a 71 percent audience score, based on several dozen reviews so far. “I’ve been hesitant with other pirates films since most of them are epic failed versions of Pirates of the Caribbean,” one reviewer noted. “But this movie outdid that. It’s better than I expected it to be. It delivers the movie quite well. Adventure, action, comedy, and romance, all in one.”

What about if you want to see more Korean movies after finishing The Pirates? Fortunately, you don’t have to do any work to sort through the countless films and shows available on the streamer to find Korean movies to watch. Just click this link, and it will take you straight to a Netflix page that features nothing but films from Korea.

Netflix gets an outsized amount of attention for the fantastic K-dramas it keeps rolling out an increasingly fast clip. With perhaps the best example, to date, still being Crash Landing on You. That show, in my opinion, is better than 95 percent of American TV.

Nevertheless, don’t overlook some of the great Korean movies that are also available to stream on Netflix. Below, I’ll talk briefly about two of my favorites.

This is a buddy comedy adventure involving an elite North Korean soldier and an espionage official from South Korea. They have to team up to prevent war from breaking out across the peninsula, which includes stopping the generals in the North from assassinating the leader and pulling off a coup.

The action scenes are top-notch, and the comedy helps lighten the tension. Such as a particularly memorable moment, when the South Korean official is playing some K-pop in his car for the North Korean soldier, who is clearly mystified why anyone would like that “noise.”

This one is a fun space adventure romp. And, in fact, feels a little like an attempt to make a kind of Korean Star Wars.

From Netflix’s summary: “Set in 2092, spaceship Victory is one of the many that live off salvaging space debris. Crewed with a genius space pilot Tae-ho(Song Joong-ki), a mysterious ex-space pirate Captain Jang(Kim Tae-ri), spaceship engineer Tiger Park (Jin Sun-kyu), and a reprogrammed military robot Bubs(Yoo Hai-jin), Spaceship Victory surpasses all other space sweepers.

“After successfully snatching a crashed space shuttle in the latest debris chase, Victory’s crew find a 7-year-old girl inside. They realize that she’s the humanlike robot wanted by UTS Space Guards, and decide to demand ransom in exchange.”