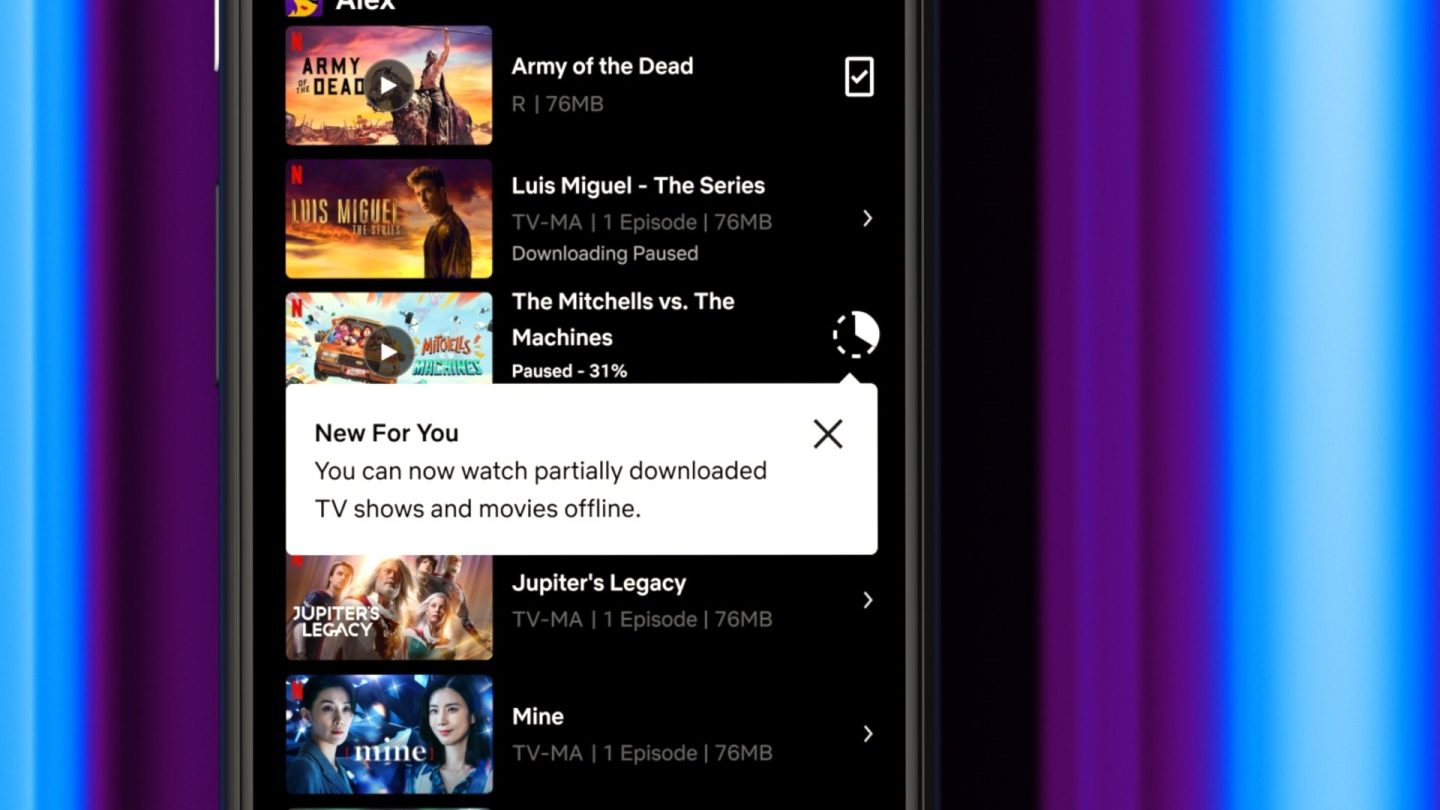 We know that Netflix is planning to introduce a new ad-supported plan, but we don’t know much about it yet. We suspected that it wouldn’t include every feature of the ad-free plans, but now some of the details are finally starting to surface.

This week, as noted by Bloomberg, iOS developer Steve Moser found interesting snippets of code in the Netflix app. First, the code indicates that “Netflix with ads” is the working name for the new tier. Also, a line in the code suggests that downloads won’t be available on the plan. It’s been six years since Netflix gave subscribers the ability to download shows and movies for offline viewing. Netflix with ads will apparently block this feature.

No downloads on Netflix’s ad-supported plan

Offline downloads being restricted to Netflix’s more expensive plans is not really surprising. Hulu also lets users download TV shows and movies, but only on the ad-free plans. After all, they can’t serve you ads if you’re watching offline.

Moser also told Bloomberg that users will not have the option to skip ads on Netflix. In fact, playback controls won’t be visible at all during ad breaks. This is true for most other major streaming services with ad-supported tiers as well. Video platforms such as YouTube and TikTok allow users to skip some ads, but they also surface ads constantly.

Finally, Moser’s code hunt revealed that Netflix will ask you to “set up your ad experience” when you log in to Netflix with ads for the first time. The company wants you to provide “a few details to make sure you get the most relevant ads on Netflix.”

Will this help the company retain subscribers?

Netflix’s ad-supported plan probably wouldn’t have existed if the company hadn’t started shedding subscribers earlier this year. The company seems to believe that a cheaper tier is its best bet to rebound and start growing again. Based on what Moser found in the code of the iPhone app, Netflix is trying to have its cake and eat it too.

While the prices of streaming services will continue to rise, Netflix has attempted to position itself as the premium option on the market. Even when Disney Plus jumps to $10.99 a month in December, it will still be nearly $5 cheaper than the standard Netflix subscription. And that tier won’t have any ads. Disney Plus with ads will cost $7.99 a month.

It’s going to come down to the price of Netflix with ads. As it stands, Netflix charges $9.99 a month for its basic plan, which restricts subscribers to one screen in standard definition. The closer Netflix can get the price of its ad-supported plan to $5 a month, the more competitive it will be. If I have to pay any more than $4.99 a month to “set up my ad experience” on my paid streaming service, I’m taking my business elsewhere.

Slowly but surely, we’re getting a much clearer picture of what Netflix with ads will look like. Given the plan’s big drawbacks, we certainly hope the company offers a significant discount. Netflix bumped up the prices of all of its plans earlier this year, bringing the standard plan to $15.49 a month. Netflix hasn’t shared a specific release date for the ad-supported plan yet, but it should launch at some point in early 2023.