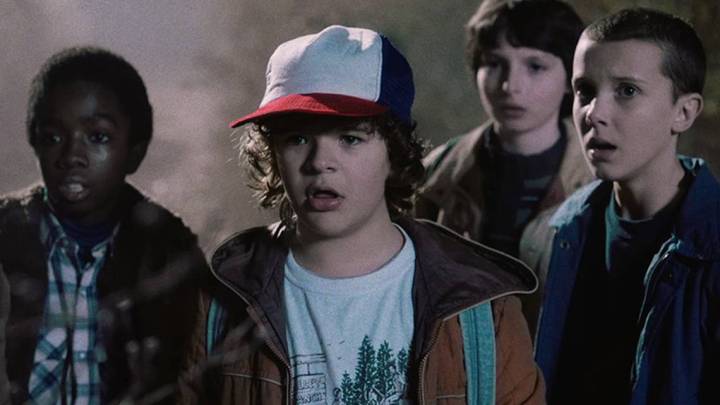 From the very beginning, an ad-free experience has always been one of those big benefits Netflix has touted for users, partly as a differentiation from the competition and from the annoyance of commercial-filled TV broadcasts. Netflix, of course, wants you to instead be able to binge all the Breaking Bad, all the Stranger Things you want, each episode tumbling seamlessly into the next — a cavalcade of content whose pace is dictated by your whims alone, not by the need to break up the content to slot in ads.

However, Netflix may be starting to bend a little on that long-cherished norm. Not allowing outside advertisers is one thing, but that apparently doesn’t mean the streaming giant won’t dabble with ads for its own content. Yesterday, a Reddit user who goes by the name WhyAllTheTrains posted about Netflix forcing them to watch a video promo for Better Call Saul after they’d just finished watching an episode of Rick and Morty.

You can call it whatever you want. But that’s an ad, and Netflix has confirmed this is part of a small test — the company is experimenting with playing video promos in between episodes of shows that you watch. They’re full-screen and personalized to you. (We can argue about how well they’ll be personalized, based on how hit-and-miss the row of titles recommended for me has always been, but that’s neither here nor there for right now.) Netflix, for its part, sees this as a video version of suggestions it would have just teased you with on the site another way. You were already getting a row of recommended titles, for example, and this is just another version of that, right?

God no, Netflix, of course not. There’s a reason Hulu is only as big as it is. It’s also worth pointing out — Netflix has a statement about this test, which you can read below, in which the company said you’ll be able to skip these promos. Reddit user WhyAllTheTrains, however, said the Better Call Saul ad they were presented with was unskippable, so, yeah, there’s that. Oh, and about that Reddit thread — can you guess how much of it is filled with negative comments? If you guessed “a ton,” ding-ding-ding, give yourself a high-five.

@netflix I don’t like these ads you’ve started sliding in between my episodes of The Office! I’m well aware of what originals are on Netflix – don’t interrupt my binge watching to shove them down my throat!

.@netflix make it stop! Make the ads after a show I watch stop!!!

@netflix Please don't start forcing me to look at ads in-between episodes. It's bad enough I'm forced to watch a clip of some original show every time I open Netflix. I don't want to watch Orange is the New Black or Insatiable or The Package.

You get the picture. Here’s the full statement from Netflix:

At Netflix, we conduct hundreds of tests every year so we can better understand what helps members more easily find something great to watch. A couple of years ago, we introduced video previews to the TV experience, because we saw that it significantly cut the time members spend browsing and helped them find something they would enjoy watching even faster. Since then, we have been experimenting even more with video based on personalized recommendations for shows and movies on the service or coming shortly, and continue to learn from our members.

In this particular case, we are testing whether surfacing recommendations between episodes helps members discover stories they will enjoy faster. It is important to note that a member is able to skip a video preview at anytime if they are not interested.

Here’s the thing. Complaining on Twitter, taking to Reddit, that’s fine. Netflix, however, is going to pay close attention to what people actually do on the service as they experiment with this. Upset about it? Don’t continue your binge uninterrupted. Some people might even cancel their subscription if they feel this has gotten out of hand. If all you do is complain about it on Twitter, though, well — Netflix will just do the same thing it did with those auto-playing trailers that started out as a small test, were’t universally well-received at the start, but the data apparently told a different story.

Let’s also take a moment and rewind, going back in time to the company’s second quarter earnings. The stock plunged after Netflix disappointed analysts by adding only 670,000 subscribers during the quarter, compared to a forecast of 1.2 million. It seems logical that as Netflix gets closer and closer to a point where it runs out of subscribers to add — and you realize that the company can only raise prices so much, maybe tinker with tiered rates — that ads might start to look attractive.

That’s not where we are right now, of course. The anger from subscribers just to this small test alone would hopefully help us never get even close to that point.

It was just a few months ago, in March, during a Netflix press event at the company’s Los Gatos, Calif., headquarters that CEO Reed Hastings reportedly reiterated the company’s commitment to not “chopping up” its movies and TV shows to make room for commercials. Please, Netflix, let that remain the case. We cut the cord for you – you guys can go ahead and cut this out.