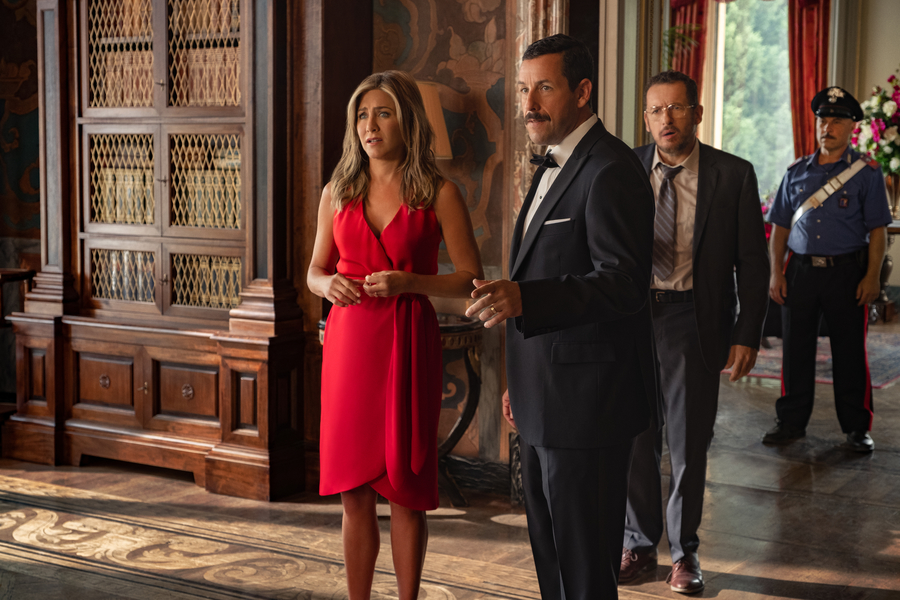 In case you were one of the people scratching their heads when Netflix announced a four-movie deal with Adam Sandler back in 2015 (and then another four-movie deal two years ago) Netflix may have just cleared things up a bit for you.

Sure, at the time those deals were announced you could have rightfully pointed to a kind of ho-hum run at the box office Sandler was enjoying at the moment. Netflix at the time, though, promised that they were paying attention to the data and that the data was sending a loud and clear message — namely, that viewers love Sandler.

Here’s an example. Sander’s newest movie to debut on Netflix is Murder Mystery, in which he stars with Jennifer Aniston and which just debuted on the streaming service. In the movie, Sandler plays a New York City cop who takes his wife on a trip to Europe that he’s been promising her for years. On the flight, they meet someone who introduces them to an aging billionaire who ends up getting murdered, leaving the unlucky New York couple as the prime suspects.

In its first three days on Netflix, the streamer has confirmed that the movie has been seen by almost 30.9 million accounts, which translates to the biggest opening weekend ever for a Netflix original flick.

A Netflix spokesman confirmed the news to Variety, adding that a view is counted when at least 70% of the movie is watched.

On one level, this news is certainly a sign of success for the movie itself. But taking a look at the bigger picture, no pun intended — word of Sandler’s record-breaking Netflix movie is also another indication of the streamer moving away from its longstanding posture of keeping viewership data closely held.

It’s been changing that stance, bit by bit. Like last month, when Netflix started releasing Top 10 lists of what its UK customers are streaming. It’s also disclosing viewership figures here are there for some of its original content, like it’s done with such movies as Triple Frontier, Bird Box and now Murder Mystery.