With hotly-anticipated new streaming media services set to pop up left and right in the coming months, there has been some uneasiness surrounding Netflix lately. Most or even all of it was erased on Wednesday afternoon, however, when Netflix announced third-quarter earnings and crushed the Street’s estimates. EPS climbed to $1.47 compared to earnings of $0.89 per share in the year-ago quarter, and revenue climbed to $5.25 billion from $3.91 billion in the third quarter last year. But the biggest news may have been the addition of 6.77 million new paying subscribers over the course of the quarter, which is a big bounce back from a disappointing second quarter. Despite the impending launches of + on November 1st, Disney+ on November 12th, and early next year, Netflix has proven that it can still attract new customers to its ever-expanding catalog of streaming movies, shows, and specials. That said, global growth in markets outside of the United States could prove to be crucial in the coming years — while overall Q3 subscriber additions beat estimates, Netflix only added about 500,000 new subscribers in the US despite estimates that were north of 800,000. It was a big miss, though it was still seen as a victory by many industry watchers since Netflix actually lost US subscribers in the prior quarter.

Long story short, Netflix is in a good place right now. The company is obviously well aware that more competition is coming, but it doesn’t seem to be overly concerned about the longterm impact on its business. “Many are focused on the ‘streaming wars,’ but we’ve been competing with streamers (Amazon, YouTube, Hulu) as well as linear TV for over a decade,” Netflix said in a statement. “The upcoming arrival of services like Disney+, +, , and Peacock is increased competition, but we are all small compared to linear TV. While the new competitors have some great titles (especially catalog titles), none have the variety, diversity, and quality of new original programming that we are producing around the world.”

CEO Reed Hastings downplayed the widely reported threat that new streaming services pose, saying that none of the new services like Disney+ and represent a “big change” in the competitive landscape. “We’re all relatively small compared to linear TV,” Hastings noted on the company’s third-quarter earnings call. “So we’re not really competing with each other, but with broadcast.” 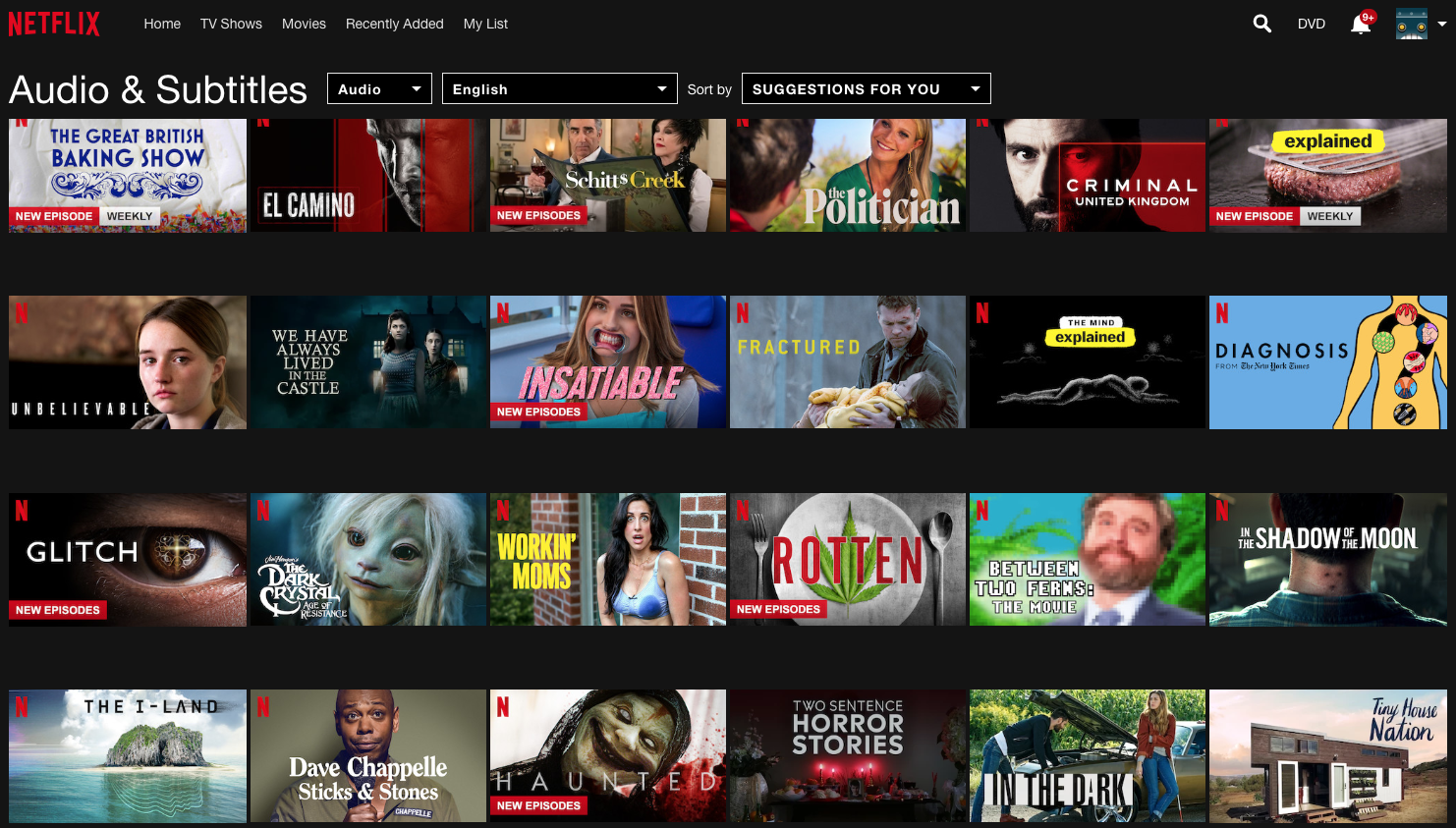