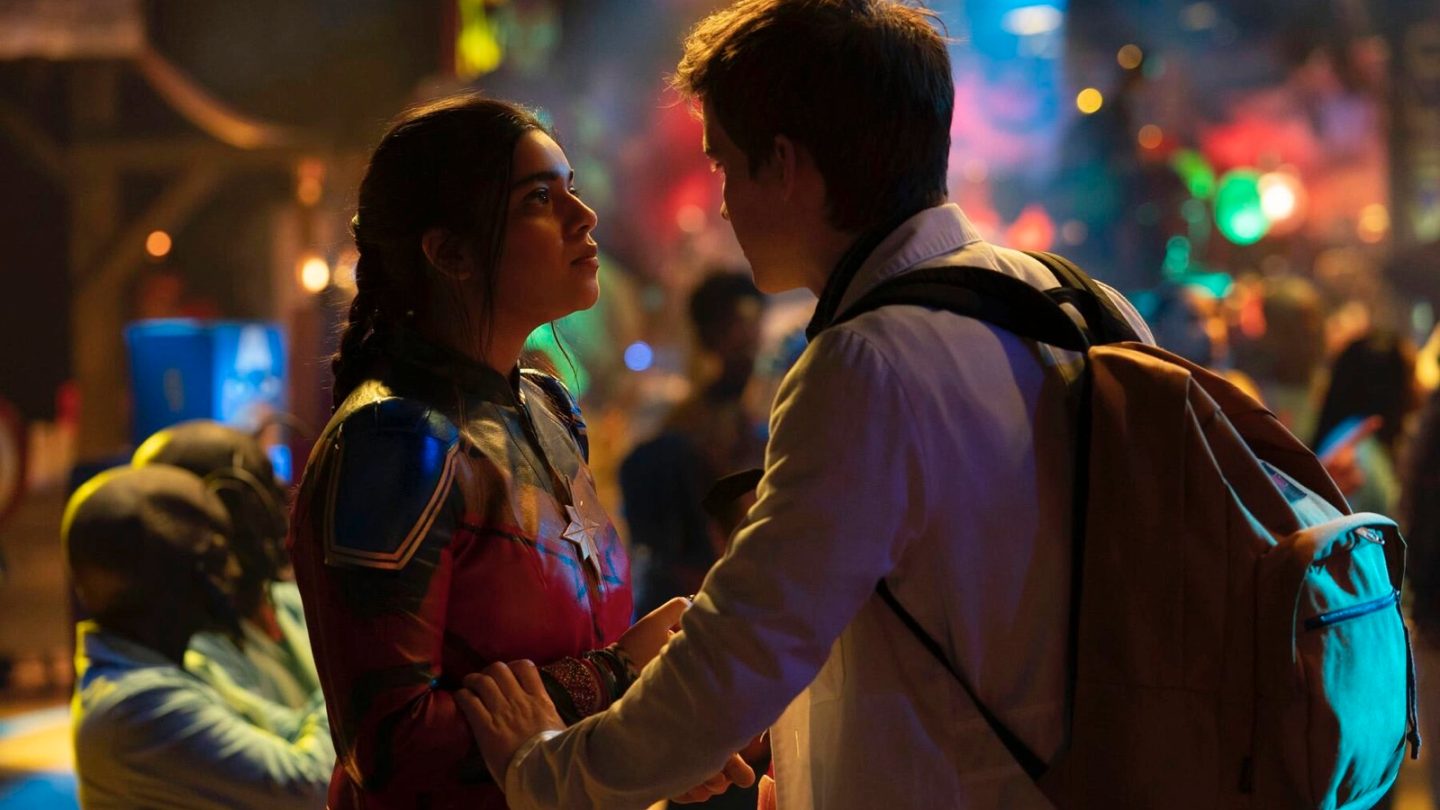 Ms. Marvel premiered on Disney Plus last Wednesday, delivering another exciting adventure for the MCU. The new series is a stark departure from Moon Knight, featuring a ton of Avengers Easter eggs in the first scene alone. Episode 1 does fix some of Marvel’s Avengers problems following Endgame. But it also raises a few important questions with a puzzling post-credits scene.

It turns out that the Ms. Marvel premiere also holds another big Endgame development, one that we nearly missed if it wasn’t for Marvel sneakily soft-retconning the events of Endgame. Before we explain, know that big spoilers follow below.

One of the flaws of Endgame is that it doesn’t have any time for regular people after a certain point in the movie. It’s just superheroes — lots and lots of them. And their friends coming to the rescue during that epic fight against Thanos (Josh Brolin).

There’s nobody to help the Avengers while they’re working on this wild plan to fix the world, and that has major consequences. For example, not having regular authorities intervene during the battle is a big plot hole when you factor in the events of Spider-Man: Far From Home. Where were all of those drones during the battle?

Also, not having any support personnel on-site makes us wonder how the world found out every little detail about the Avengers HQ battle. Because that’s what MCU Phase 4 has suggested. People largely revere the Avengers, the saviors of the planet. We’ve seen that time and again in Phase 4 so far, with Ms. Marvel further echoing that sentiment.

Thankfully, Ms. Marvel started providing simple explanations that make plenty of sense. The world knows so many things about the Avengers because the heroes are talking. Ant-Man (Paul Rudd) has appeared in podcast interviews in the past two years. And yes, it has been about two years since Endgame when we discover Ms. Marvel (Iman Vellani).

We know from Endgame that Black Widow (Scarlett Johansson) and the surviving Avengers have been performing all sorts of missions on the planet and in space. Yet Marvel never explained what happened with the Sokovia Accords after Infinity War. Whether any kind of government agency was working with the Avengers.

We learned of SWORD in WandaVision. Then, No Way Home and Ms. Marvel introduced Damage Control. But could SHIELD agents have operated on-site during Endgame?

The Ms. Marvel premiere answers that question in the most unexpected way. The Endgame Easter egg comes from the AvengersCon event in episode 1, where Marvel hid plenty of Easter eggs. One of them mentions a book from a SHIELD agent who apparently witnessed the Endgame battle in real-time:

Looking up, the walls are lined with sponsors for the event, like Edison Electric. If you’re searching for a first-hand account of The Battle of Earth, be sure and pick up a copy of the memoir I Was There… written by a S.H.I.E.L.D. agent detailing “the clash between the heroes of earth and the Alien scourge threatening our fragile planet.” The book includes a conversation with Hawkeye, and a first-hand account of Tony Stark using the Infinity Gauntlet (even though the author was 6,000 feet away).

We have no idea what to make of it, but the Endgame detail is mind-blowing. It’s all the more surprising to see it in print at Marvel.com rather than explained in Ms. Marvel.

Also, why would anyone claim they were a SHIELD agent in Endgame? There should be no such thing at that point in the MCU.

What is clear is that Marvel had a problem explaining how Ms. Marvel knew so many things about Endgame. The detail comes from Ms. Marvel executive producer Bisha K. Ali.

She pitched a crazy idea to Kevin Feige that would have retconned Endgame significantly. She wanted drones during the final battle to explain how the world knows what happened during the fight:

At one point, like early days before we kind of expanded the creative team out, I was like, ‘Kevin, what if there was like, drones and a live stream of the battle of Endgame?’ And he was like, ‘Bisha, no.’ I’m like, there wasn’t one Twitch streamer around for the final battle of ‘Endgame?’ Are we kidding? I think I lost my mind at that point, try to solve this riddle.

So it was really a big iterative journey. And it was something that kind of changed and moved all the way through. And I think it must have been a Sana [Amanat, co-creator of the Ms. Marvel [comics] pitch by the end. Or it might even — I actually have no idea where that idea came from. But when we kind of integrated it into the script, I think it was perfect. It was characterful.

Feige might have shot the idea down, but it would have made a lot of sense. They could have used Ms. Marvel to patch a glaring Far From Home plot hole.

Maybe Tony Stark’s drones would have arrived at the battle, only for many of them to have been destroyed. Or perhaps some drones came to help, but they were never explicitly ordered to enter the fight. They could have filmed the entire action during the Endgame finale. Or enough of it for the world to have watched the battle unfold, Ms. Marvel included.

We’ll have to wait for future installments of Ms. Marvel to see what else she knows about the Avengers and the Endgame events. And Marvel has plenty of time to figure out answers to the growing plot issues.