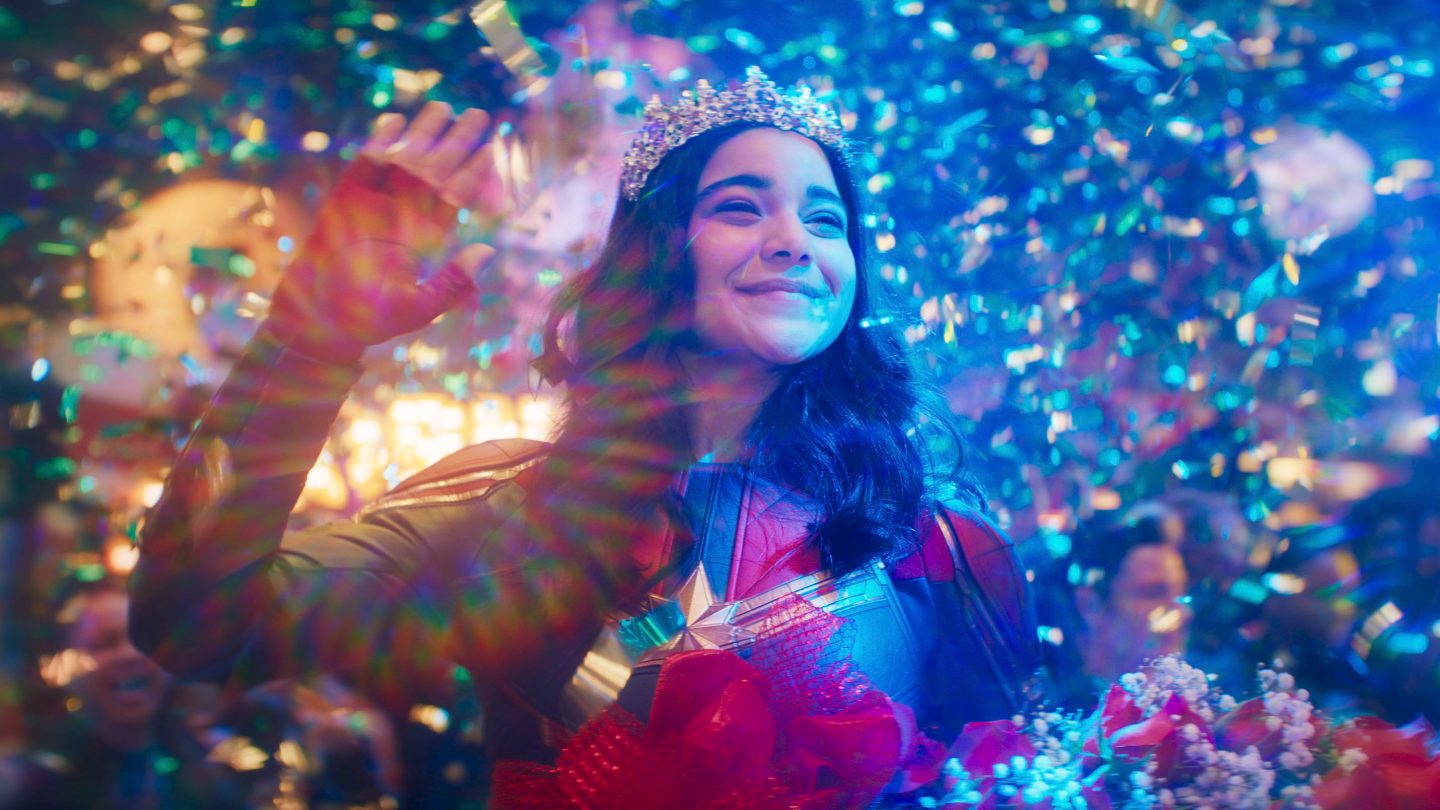 Yes, that happened. Ms. Marvel episode 1 is now streaming on Disney Plus, and it has a post-credits scene. That’s not something we expect from the first episode of an MCU TV show. But it’s one more way Marvel decided to surprise fans with the Ms. Marvel premiere.

Details from the post-credits scene leaked a few days ago when someone who saw the first episode claimed the show would feature a direct connection to Spider-Man: No Way Home. We can now confirm the leak was accurate. But before we discuss what it means and how it complicates a big MCU Phase 4 plot hole involving the Avengers, we have to warn you that big spoilers follow below.

You last saw Arian Moayed as Agent Cleary in No Way Home. This is the character who appears in the post-credits scene. He’s the same Department of Damage Control (DODC) agent who sees footage of Ms. Marvel (Iman Vellani) from AvengersCon. That’s where Kamala Khan discovered and inadvertently used her powers to wreak some havoc and then save someone.

Agent Cleary wants his team to bring her in immediately, and we have no idea why they want to do it.

The action in Ms. Marvel episode 1 happens long after Avengers: Endgame. That means the Sokovia Accords may now be more fluid than they were before Thanos (Josh Brolin) invaded Earth in Infinity War.

So what is Agent Cleary after when it comes to people exhibiting powers for the first time like Ms. Marvel? The episode 1 post-credits scene doesn’t provide that information.

We saw him go after Spider-Man (Tom Holland) and people close to Parker in No Way Home. Cleary appears to have bought Mysterio’s (Jake Gyllenhaal) big lie in Far From Home. And he seemed determined to punish Peter Parker for something he didn’t do.

But Cleary’s appearance is incredibly problematic for all of MCU Phase 4.

For the entirety of MCU Phase 4, I’ve told you how Marvel avoids bringing in the Avengers despite all the situations that demand their attention and action. Nobody intervened in WandaVision when they should have, and we all know how complicated things became in Doctor Strange in the Multiverse of Madness.

Also, none of the Avengers called to see why Clint Barton (Jeremy Renner) shot a giant arrow in the middle of a bridge in Hawkeye.

The most annoying Avengers plot hole is probably in Eternals, with Moon Knight running a close second. Nobody from the team showed up to take action. We saw no intervention from Avengers or representatives of the agencies that monitor superhero life.

Or, put differently, Marvel chose not to show us those reactions. Marvel does have Avengers coming to save the day in Shang-Chi and Doctor Strange 2. But by “Avengers,” I only mean Wong (Benedict Wong).

Now, Ms. Marvel comes along with its unexpected post-credits scene and tells us that there are governmental organizations that react immediately to any new superhero event. Because they follow social media closely.

That alone is a problem for Moon Knight, where some bizarre things happen without anyone intervening.

The post-credits scene also highlights another Marvel problem: the annoying plot holes in Far From Home. We’ve talked about those frequently, but Ms. Marvel makes us revisit them.

The new MCU TV show just told us how much accurate information regular people have about the Avengers. Yet somehow, the DODC believes an undocumented superhero like Mysterio over Spider-Man, who was part of the Avengers team that took down Thanos.

You’d think that DODC would be smarter than that.

With all this in mind, Marvel can still fix its Avengers issues in MCU Phase 4. There’s time to learn when and where the Avengers intervene and how fast it happens. And what exactly Agent Cleary is after.

Thankfully, Ms. Marvel will deliver some answers about Damage Control. The post-credits scene in episode 1 guarantees that.