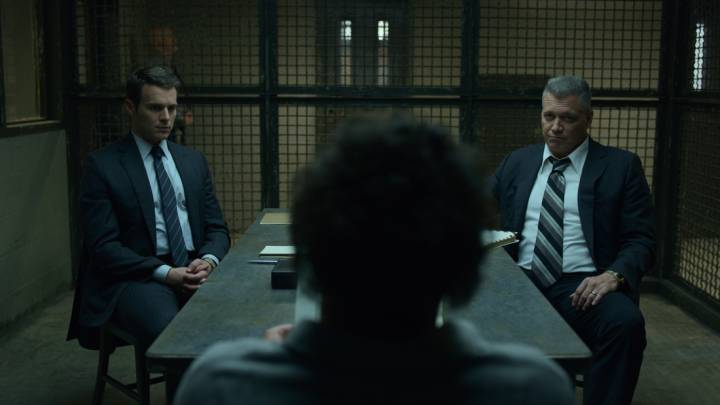 Actor Holt McCallany, who stars in Netflix’s Mindhunter series opposite Jonathan Groff as a 1970s-era FBI agent in the early days of the bureau’s new behavioral science unit, was reportedly told by creator and executive producer David Fincher the long-term plan for the show. According to McCallany, Fincher told him: “Listen, are you ready to do this for five seasons? Because even if I f— it up, it’s gonna go five seasons. And I don’t intend to f— it up.”

Whether or not that’s true, the second season of the true-crime drama debuted earlier this month, and the audience response so far would tend to lead you to believe Fincher may indeed get his wish. At the time of this writing, the series enjoys a 98% average “Tomatometer” score on Rotten Tomatoes, and McCallany recently told Men’s Journal he’s gotten a career-high amount of recognition based on his role in the show. “The reviews have been strong and the response from fans has been fantastic,” he told the magazine. “I’m getting thousands of Twitter messages per day from people all over the world.”

Accordingly, Mindhunter was by one reckoning one of the most-watched series across all the major platforms this week. That’s according to Reelgood, a streaming search engine that shared with us that list of what its users said they watched the most between Aug. 20-26.

The data from Reelgood, which acts as both a kind of TV guide for streaming TV and a hub where users can watch content across different services, gives you at least a partial feel for what shows are the most binged and most universally consumed at any given moment in time across the streaming landscape.  One of the things that’s always interesting to see is the all-stars that hang around from one week to the next. Stranger Things, for example, tends to be near the top of this list from week to week, as is Game of Thrones and other HBO properties like Succession.

Here’s the full list for the week. The Reelgood links that take you to pages with information about the shows and where you can stream them are also included: