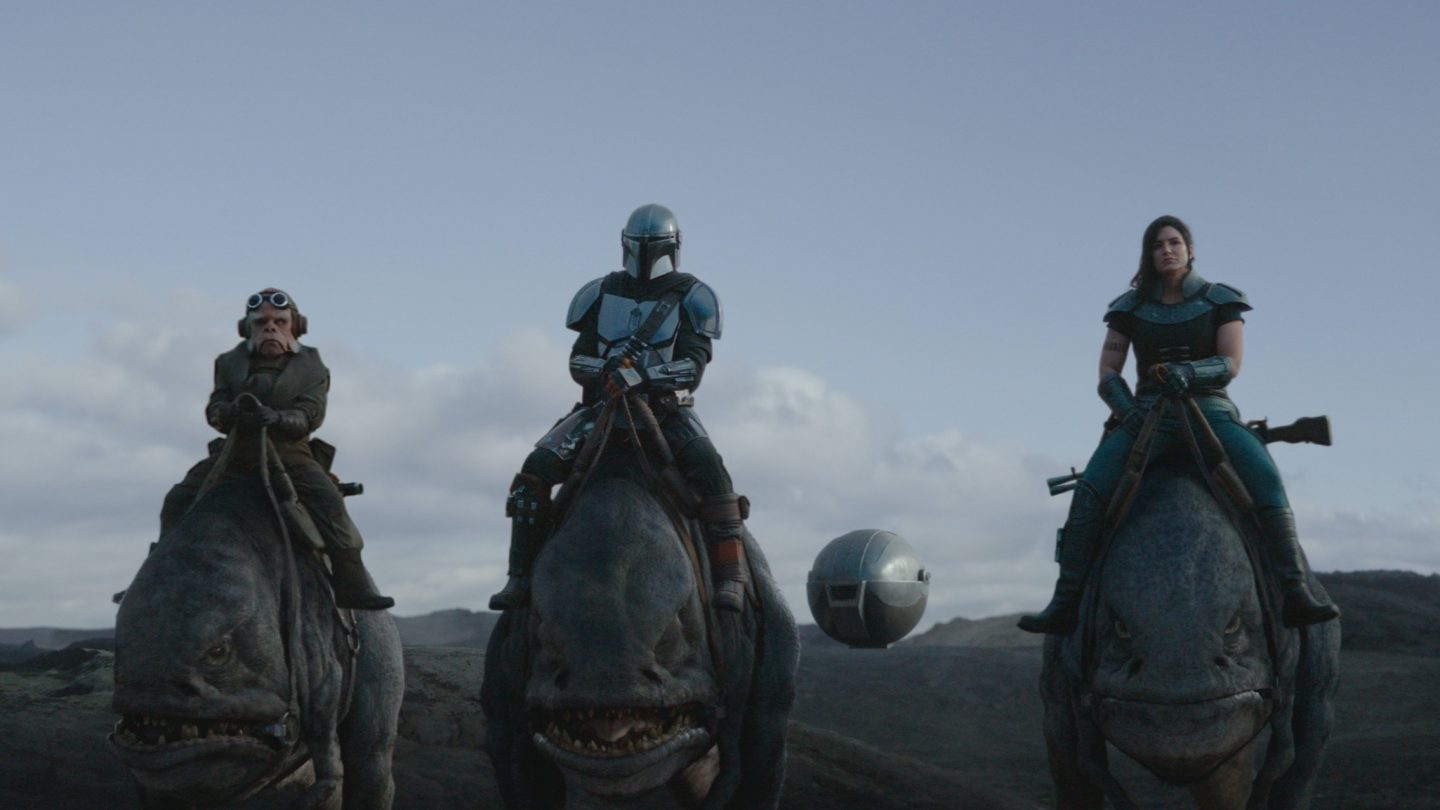 With the final episode of its first season just days away, that Disney+ show everyone can’t stop talking about with that cute side character whose introduction broke the Internet is still crushing its streaming competition with ease. As we approach the December 27 season finale of The Mandalorian, it’s only just now started taking us into darker territory, *SPOILERS* leaving us in the final moments of Episode 7 with the charred body of Nick Nolte’s character Kuiil lying motionless on the ground (sparking a ton of “Is Nick Nolte’s Mandalorian character dead?” Google searches and related tweets) as well as an outlier theory that “Baby Yoda” might be … evil? Or, at the very least, dangerous? (You all saw the little guy overreact and try to force-choke Gina Carano’s character, right?)

At any rate, it’s clear that this first live-action Star Wars series — which also happens to be the most talked-about, most-watched Disney+ exclusive series — is preparing to wrap up its first season in dramatic style, as the troopers carrying Baby Yoda race their speeder bikes back to Giancarlo Esposito’s well-guarded character Moff Gideon, whose intentions seem unquestionably ominous. Which leads us to one prediction whose obviousness should be pretty apparent: Pretty much every week that we’ve been tracking the most-streamed shows across all your favorite services since the launch of Disney+, The Mandalorian has been at or near the top of the list. A trend that will no doubt continue next week, ahead of the finale.

As always, our list comes from the team at streaming search engine Reelgood, which studies the behavior and preferences of its millions of users to rank their most-watched streaming series from week to week.

The full list, which you check out below, also includes an interesting nugget this time around that the eagle-eyed amongst you will spot. None of the series you’ll note below is a Netflix property. It will be interesting to see the results next week, however, when the debut of season one of The Witcher is reflected in the new data — The Witcher having been a hotly anticipated series regarded in some circles as Netflix’s attempt to have a Game of Thrones of its own.

Without further ado, here’s this week’s rundown of the most-watched streaming series right now from the Reelgood team (with the data covering December 12 through December 18):

Disney Plus HBO Netflix The Mandalorian