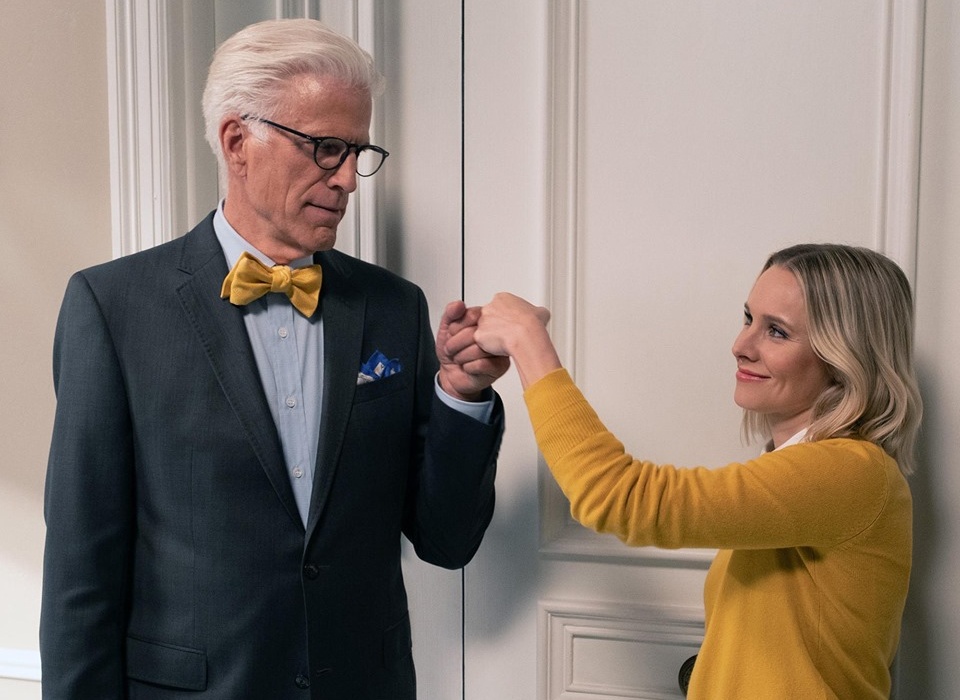 Ladies and gentlemen of the jury, I would like to humbly propose the following was among the unfortunate list of the snubbed in the wake of the Hollywood Foreign Association announcing the 77th annual Golden Globe nominations on Monday. I’m referring to NBC’s fantastic The Good Place, which didn’t score any nominations this year, ahead of the ceremony that will air on January 5, and it’s a shame. This series about a group of people in the afterlife created by Michael Shur is one of those rare shows that tries (and repeatedly) transcends the limits of what it is, which is an hour-long comedy that lives on broadcast TV. What you get when you tune in, though, in addition to superb performances from Kristen Bell, Ted Danson, and the rest of the fine cast is a series that grapples with weighty questions like what it means to be a good person and what our responsibilities as humans are to the rest of our fellow man.

That last part, in fact, is what Shur said in a recent interview is the whole point of The Good Place — about how “you can be a good person in a vacuum,” but at some point, being alive no Earth means interacting with other people and hopefully leaving them and everything else around you better as a result. But while the show may have been overlooked by the critics for at least one Golden Globe nod, it’s nevertheless continuing to be embraced warmly by a whole different and maybe even much more important audience: Viewers, who once again have made the show the most-watched series for the week on Netflix.

That’s according to streaming search engine Reelgood, which analyzed the behavior of its more than 10 million users as they interact with the service’s website and app — studying those users’ preferences and habits between November 29 and December 5. As the service does each week, it provided us with a run-down of the 15 most-watched series this week on Netflix, a list that was topped this time around by The Good Place, followed by The Crown — another fantastic, bingeable series in its own right which returned in November for a third season and also changed out its main cast in the process.

In the latest season of Netflix’s The Crown, the series is moving right along into middle age with Queen Elizabeth and Prince Philip now portrayed by Olivia Coleman and Tobias Menzies, respectively. (Interested in a tidbit for Season 4, which is already in production? At least one major new face will be added to the lineup, with Gillian Anderson portraying Britain’s first female prime minister, Margaret Thatcher.)

Meantime, it wasn’t all prestige drama and comedies about what happens to you after you die that were hits on Netflix this week. Also earning high places on this week’s list are everything from the streamer’s stalwart original series Stranger Things, as well as The End of the F***ing World and The Walking Dead. Additionally, it’s worth pointing out Friends‘ high showing this week, which will no doubt continue through the end of this month, since the hit NBC show will be rolling off of Netflix as of January 1, 2020.

Without further ado, the 15 most-watched shows on Netflix this week include: