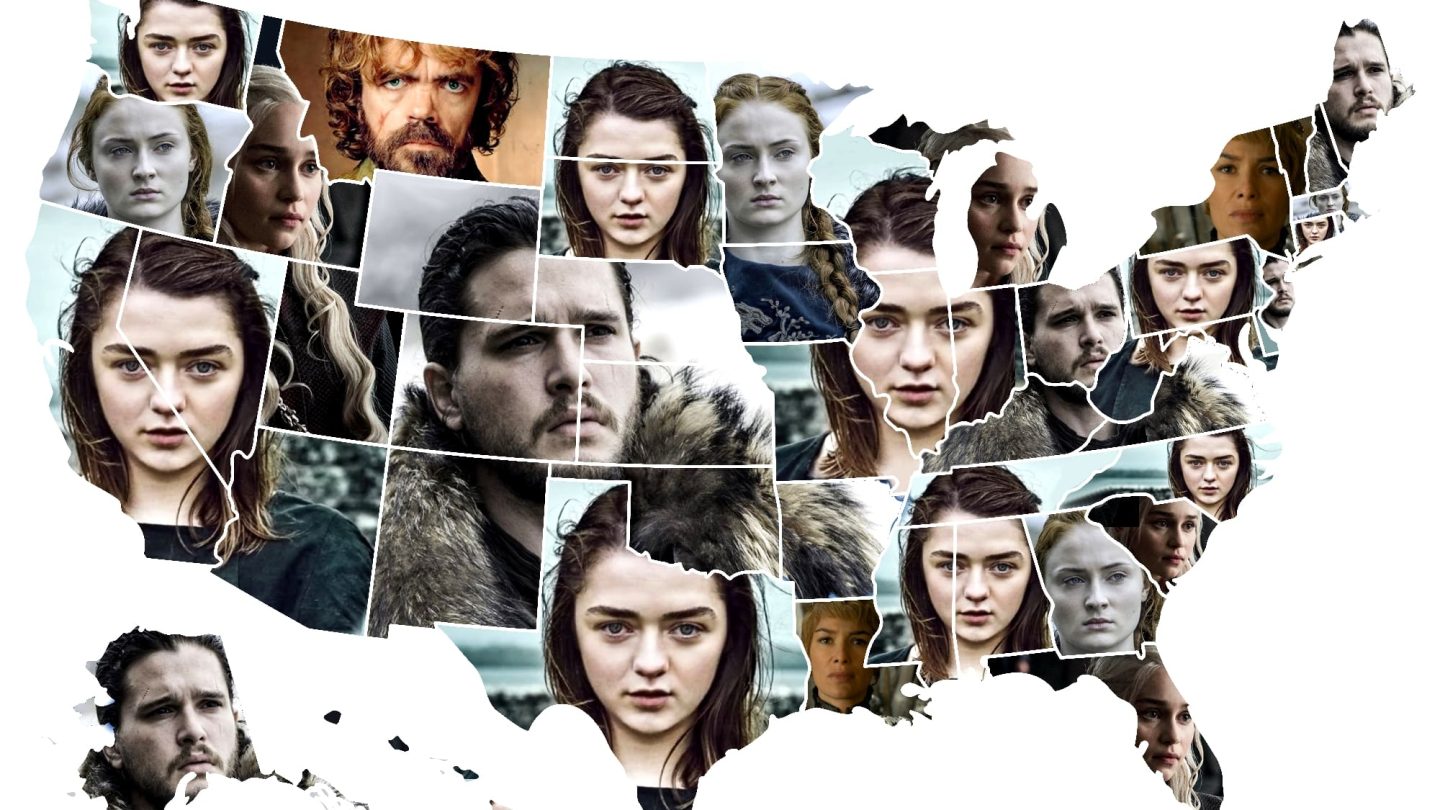 With just a matter of days left before the arrival of the eighth and final season of Game of Thrones, no one needs a reminder of how popular HBO’s epic fantasy series has grown to be over the last several years. The red carpet premiere a few days ago at Radio City Music Hall of the new season’s first episode offered yet another example of how much of a cultural force it’s become.

Meanwhile, the folks over at daringplanet.com decided to dive into publicly available Twitter data to try and quantify the show’s popularity. Using geotagged data from more than 200,000 tweets over the last month, they tracked the mentions of Game of Thrones characters across all 50 states in an attempt to try and ID the most popular citizens of Westeros.

Some of the results of this hunt for the show’s most talked-about characters might surprise you. Using those Twitter mentions, a few fan favorites like Jaime Lannister, Bran Stark, Brienne of Tarth and The Hound didn’t end up winning any states, as you can see via the map of the winners at the top of this post. Other characters, meanwhile, didn’t even garner enough tweets to be considered in any state.

On the flip side, the most talked-about character of all, winning 19 states — and beating out favorites like Jon Snow and Daenerys Targaryen — was the younger Stark daughter, Arya.

Of course, this isn’t the most precise measure of the extent of GoT fandom. The staff at daringplanet.com really only decided to put this together as a fun exercise before the new season begins — which, in case you forgot or somehow weren’t aware, will be on Sunday, April 14th on HBO.