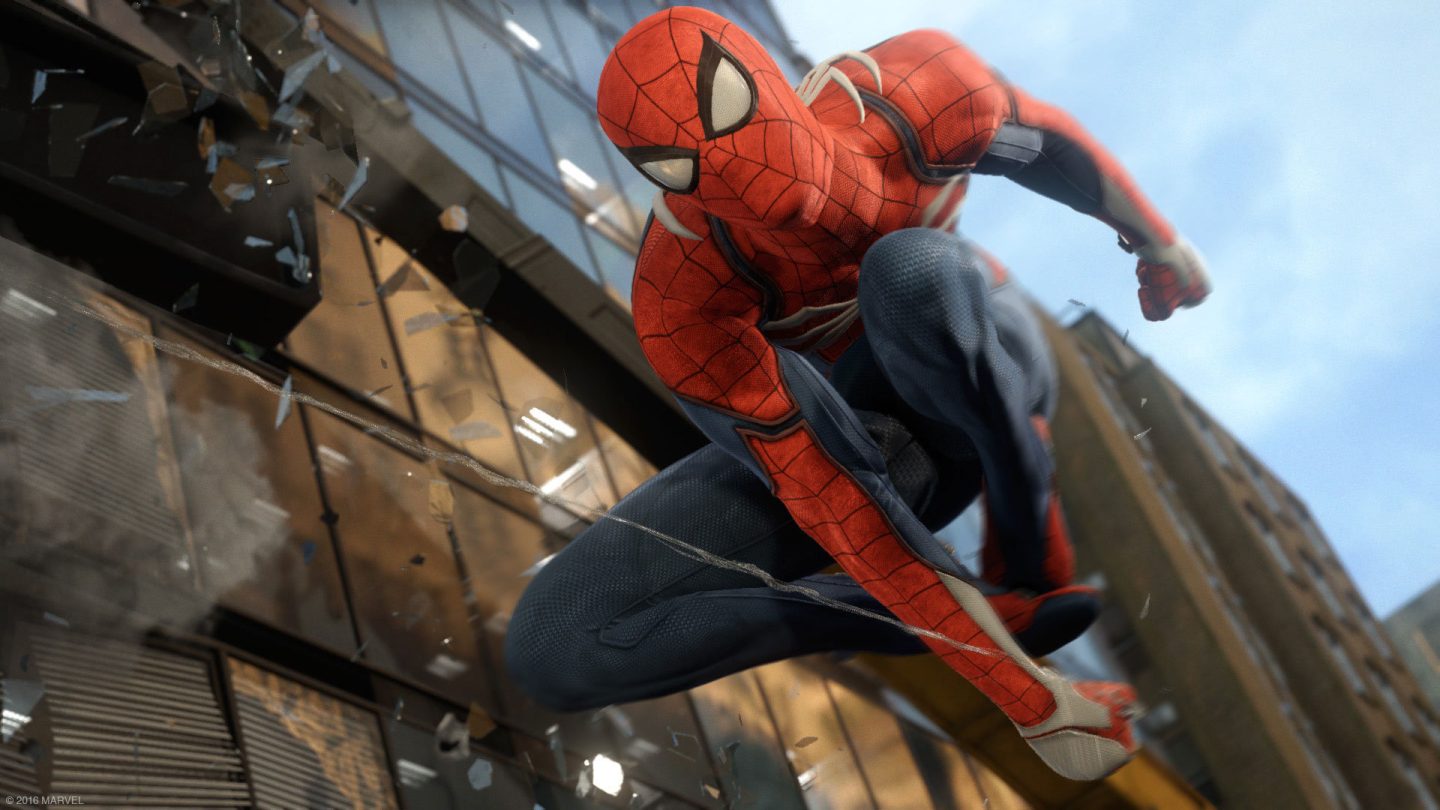 2017 was one of the best years for gaming of the decade. Between the shockingly good launch year lineup for the Switch and third-party developers cranking out dozens of gems for PS4, Xbox One and PC, there really wasn’t a bad month. From January through December, we always had something new to play that was actually worth playing.

Those are big shoes for 2018 to fill, but a cursory glance at next year’s release schedule suggests that we’re in for another killer year of games. From Red Dead Redemption 2 to Spider-Man to Anthem to (fingers crossed) Kingdom Hearts III, 2018 has a shot at matching or even surpassing 2017. With that in mind, this is our list of the 25 most anticipated games coming in the new year (and it could have been an even longer list without much effort!)

A Way Out is an action-adventure game about two prisoners who try to escape prison. A fairly simple setup, but the twist is that the only way to play the game is with another player. There’s no single player campaign. You and a friend (either online or locally) have to work together in order to beat the game.

After the disappointment of Mass Effect: Andromeda, BioWare needed to focus on something new. Thankfully, that’s exactly what the studio is doing in 2018 with a new open world third-person shooter called Anthem. All we really know about the game so far is that the characters fly around the world in exosuits called Javelins that can be customized with new weapons and abilities. But if the game looks anything like the video above, it should be interesting.

Biomutant is an action RPG set in a post-apocalyptic world starring a cat-looking creature that carries a sword. It’s also the first game from Swedish development team Experiment 101, which is made up of former Avalanche Studio devs (the team behind Just Cause). With “mechs, paragliders, balloons, mounts, jet skis and much more” to play with in the vast open world, it sounds like quite an ambitious project for a new studio.

Amanita Design has been one of my favorite developers ever since I first played Samorost nearly a decade ago. My love for the studio only grew as it expanded its scope with titles like Machinarium and Botanicula. Chuchel is the next adventure game from Amanita, and though I don’t know much about it, I can’t wait to play it.

Think Dark Souls + anime. That’s basically what you’re getting with Code Vein, which also takes place in a post-apocalyptic world and features the same brutal, weighty combat that define the Souls games.

At this point, I have no idea what Crackdown 3 is going to look like when it finally launches next year. It has been delayed over and over again, Microsoft hasn’t done a very good job explaining it or hyping it up, and most people seem to have given up on it until they see it in action. Still, if the team can capture the same magic that was contained within the original Crackdown, this beleaguered sequel will be worth the long, long wait.

Six years after the release of Darksiders II, we’re finally getting our hands on the third chapter in 2018. These third-person action RPGs are basically ultra-violent Legend of Zelda homages, complete with puzzle-filled dungeons and equipment that you’ll need to advance through the world. This time around, you play as Fury — another of the Four Horsemen of the Apocalypse — who uses whips and magic to take down her foes.

Arc System Works, one of the most celebrated fighting game developers on the planet, is working on a new Dragon Ball Z fighting game. This isn’t the first time the studio has done that, but for whatever reason, people are freaking out over FighterZ, which admittedly does look absolutely incredible in action.

The latest entry in the long-running Dragon Quest series actually launched in Japan earlier this year, but it won’t be available in the states until some time in 2018. Most importantly, DQXI is the first game in the series to be built from the ground up for the latest generation of consoles, which is why it looks so stunning.

There has always been something special about Far Cry’s open worlds. In an era where open world environments have become somewhat stale, I still find myself getting lost for hours in the islands of Far Cry 3 and 4. Bringing the franchise to the United States and giving the story more emotional and political weight could make Far Cry 5 especially compelling. Plus, there’s a dog in the game, so it’s got that going for it.

God of War made a splash when it arrived on PS2 in 2005. It was visceral, fast-paced and unapologetically violent. It looked like it might be the next major franchise for Sony, but for whatever reason, it just didn’t have the staying power of an Uncharted. But next year, rather than try to squeeze whatever’s left from the brand with another brutal hack-and-slash game, Santa Monica Studio is rebooting the series and giving Kratos a son.

Of all the games on this list, Kingdom Hearts III is the one I least expect to actually launch in 2018. But that’s not going to keep it off my list, as I’ve been waiting twelve years for a conclusion to the exceedingly complex story of Kingdom Hearts II. I will never stop pining for an action RPG that combines the insanity of a JRPG plot with the cute and colorful worlds of Disney. And I really want to see Mickey Mouse in a trench coat again.

Nintendo may have exhausted its biggest franchises for the Switch in 2017 with Super Mario Odyssey and Zelda: Breath of the Wild, but there are a few other Nintendo heroes that still deserve their time in the spotlight. One of them is Kirby, who can actually recruit enemies to fight alongside him in Star Allies.

After returning to the 8-bit style of yore for Mega Man 9 and 10, Capcom is giving the blue bomber a fresh coat of paint for his eleventh numbered adventure. Announced earlier this month, the upcoming sequel looks like a traditional Mega Man game with a more modern art style, which is exactly what fans have been craving.

Unquestionably the most anticipated game of 2018, Red Dead Redemption 2 is not only the sequel to arguably Rockstar’s best game, but also the first Rockstar game since Grand Theft Auto V in 2013. Enough said.

There aren’t many Xbox-exclusive games on this list, but Sea of Thieves has made a splash in the testing phase and should provide some hysterical, unique moments for players when it finally arrives next year. After all, sailing around the world in a pirate ship with a group of your closest friends is basically a perfect premise for a game.

One of my most anticipated games of 2018 is a game I’ve already beaten half a dozen times. That’s how good Shadow of the Colossus is, and that’s how badly I want to explore its world in high definition on my PS4.

The soul still burns! Everyone’s favorite 3D weapon-based fighting franchise returns in 2018. With new characters, new features and a fresh coat of paint, Soulcalibur VI is one of the most anticipated fighting games of the generation, much less the year. It will also revisit the story of the first game, for those of you who care about the lore.

Spider-Man 2 might not hold up in 2017, but at the time it came out, it was a revelation. Somehow, Treyarch managed to perfect the swing mechanic, and no other Spider-Man game has ever managed to match it. But now Insomniac Games, creators of Spyro and Ratchet & Clank have the reins. It’s important to manage one’s expectations, but Spider-Man on the PS4 is easily one of the most anticipated superhero games in recent memory.

Killer7 was one of the GameCube’s best games. No More Heroes was one of the Wii’s best games. I couldn’t be more excited about Suda51 returning to a Nintendo console once again for Travis Strikes Again, even though I have no idea what it’s supposed to be. Is it a full-fledged sequel? Some sort of spinoff? All we really know is that is will involve collaborations with other indie games, such as Shovel Knight and Hotline Miami.

I have a soft spot for the strategy sim/dictator simulator Tropico. It’s like SimCity with a tropical theme and sense of humor. I imagine that Tropico 6 won’t break much new ground (pun intended), but with plenty of new features to explore and a gorgeous island to ruin with construction, Tropico 6 really can’t go wrong.

The team behind the thoughtful, story-driven adventure game Life is Strange is working on an action RPG in which players take on the role of a doctor who turns into a vampire. It sounds like quite a leap for the developer, but at least we know that while we’re sucking blood, we’ll be absorbing a great story as well.

No episodic adventure game will ever hit me the way the first season of The Walking Dead did in 2012. It was simply sublime, from the writing to the characters to the action to the decision-making. Season 2 didn’t hit the same highs, and season 3 went slightly off the rails, but I’m hopeful Telltale can give this series the conclusion it deserves.

Advance Wars was one of the most celebrated strategy games of the Game Boy Advance era. Its sequels on the DS were also well-regarded, but after Days of Ruin in 2008, the series came to an abrupt halt. There’s no telling when or if Intelligent Systems will ever bring it back, but Wargroove looks like it could be a worthy successor.

As much praise as Telltale’s The Walking Dead, Batman and Minecraft series receive, The Wolf Among Us was the last game from the prolific developer that really bowled me over. Set in a twisted reality in which fairy tale characters scrape by as second-class citizens in New York City, the first game managed to tell an engrossing crime story in spite of its setting. Hopefully the sequel series, four years in the making, will be able to do the same.