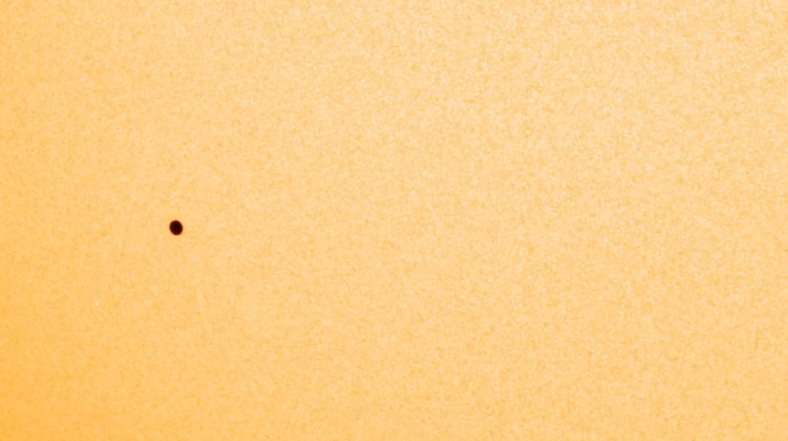 We witnessed a historical cosmic moment on Monday. Mercury, strolling along its orbit between the Earth and the Sun, appeared as a tiny black dot on top of our galaxy’s star. The entire 7.5-hour event was live streamed online, with NASA posting regular photo updates of Mercury’s transit. And now, you can relive the whole thing by watching a fantastic time-lapse video that condenses the 7.5-hour journey into a 2-minute video.

Mercury makes this journey just 13 times per century, so many people will be able to catch it again during their lifetimes. Also, scientists have observed the journey for years. But modern technology can offer a unique perspective on Mercury’s Sun transit, and NASA just so happens to have access to such gadgetry.

The Solar Dynamics Observatory, whose mission is to study the Sun, is one of NASA’s advanced tools to study space. The Observatory looks at the Sun in various wavelengths, and NASA shows a variety of them in this stunning video.

In just two minutes, you’ll see the entire Mercury transit through NASA’s eyes, which is much better than watching it through a telescope at home.