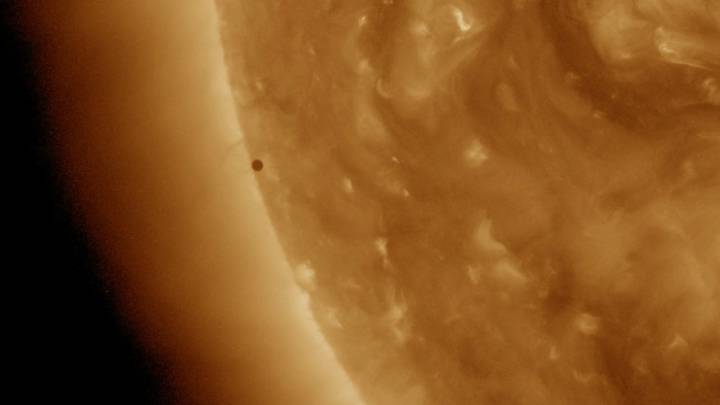 You don’t always get a chance to see Mercury, but thanks to NASA you’ll be able to get a unique view of the small planet as it passes in between the Earth and the sun. Mercury will appear as a tiny black dot on the surface of the Sun during this rare event, and you can watch it happen live.

You have to hurry, as the event happens today only, and will be over by 2:45 p.m. EDT. To view Mercury strolling along the galaxy and between our view of the sun, you’ll need either access to a telescope and solar filters, or a computer connected to the internet. NASA is streaming the whole thing online so you don’t have to stare at the sun looking for the tiny black dot that happens to be Mercury.

The event is relatively rare, as we noted, happening just 13 times a century. Check the live stream embedded below to see Mercury in action:

One hour until first contact! (at 7:12 am EDT) No solar telescope? Watch on https://t.co/F2DCjn2jov pic.twitter.com/6TQu2wfSY9

And the #MercuryTransit has begun! #SDO caught this image of ingress in extreme ultraviolet light about 20 min ago! pic.twitter.com/0o8ks9btU3

Mercury is seen in silhouette, lower left, as it transits the sun this morning.

Today's 7.5 hour #MercuryTransit across the sun will go from 7:12am ET to 2:42pm ET. Here's the latest view: pic.twitter.com/svAQcjXRGW