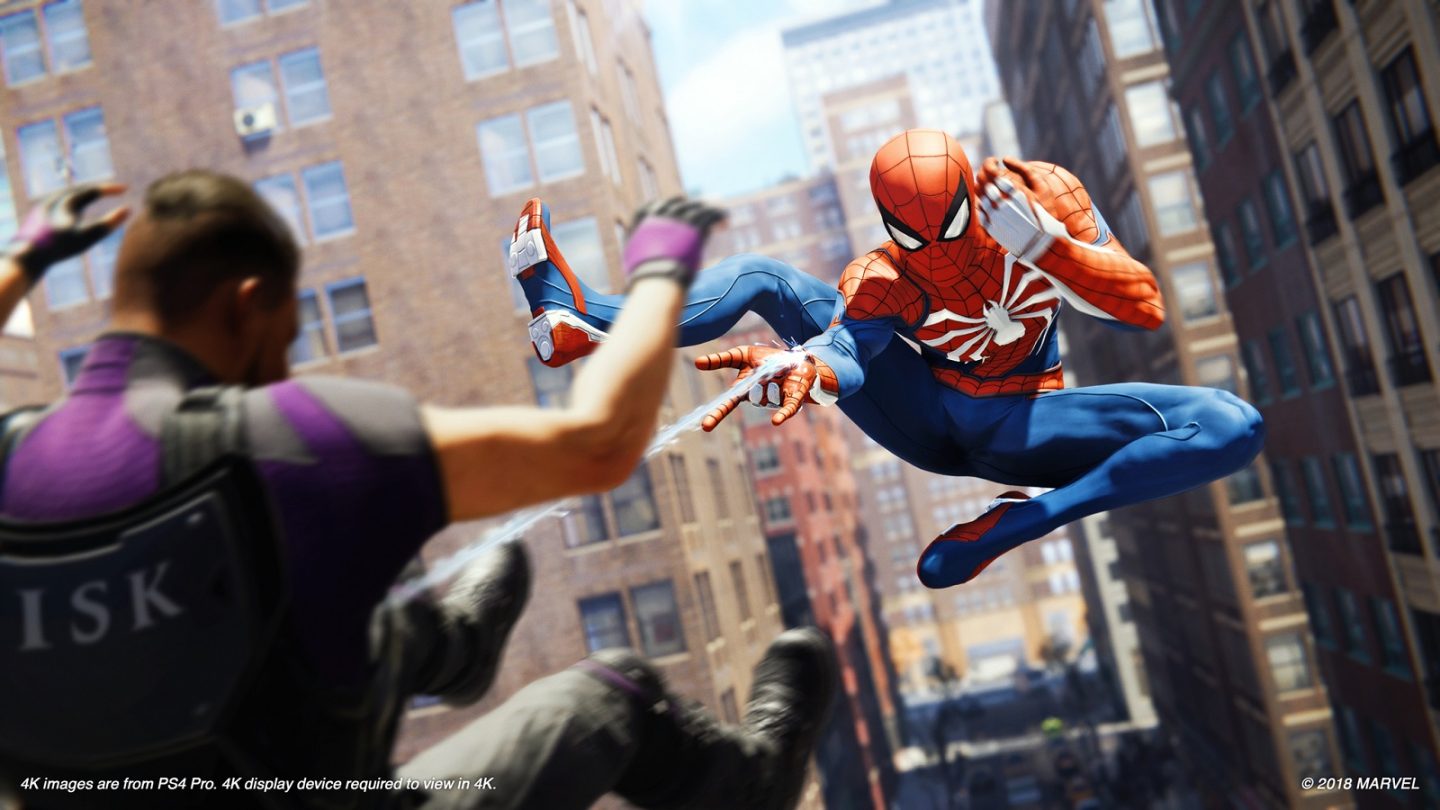 When Spider-Man 2: The Game came out on GameCube, PS2, and Xbox in 2004, it was a revelation. More often than not, video game developers hadn’t been able to translate superhero stories to an interactive medium, but Spider-Man 2 was the exception. Not only did developer Treyarch create a realistic (at the time), dynamic (again, at the time) representation of Manhattan, but, more importantly, they nailed the swinging.

So when Sony revealed at E3 2016 that Insomniac Games would be working on the first open-world Spider-Man title of the generation, there was some consternation, but even more excitement. If anyone could recapture the magic of Spider-Man 2, it would have to be the team behind the Xbox One hit Sunset Overdrive… right?

First and foremost, Marvel’s Spider-Man for the PS4 executes traversal better than any Spider-Man game ever made, including the legendary Spider-Man 2. Swinging is smooth and simple, the transition from swinging to sprinting along the side of a building is seamless, and the sheer variety of mechanics at Spider-Man’s disposal as he flies through the city is astounding. Whether you want to get from point A to point B as economically as possible or zip around with as much flair as Tom Holland in Spider-Man: Homecoming’s best action scenes, it’s totally up to you.

The combat is similarly fluid, taking a page from the Batman: Arkham series while adding plenty of Spidey-specific acrobatics. Beyond just punching your enemies, you can also web them up, dodge their attacks, slide underneath them, uppercut them into the air, or use one of the many gadgets that you’ll unlock during the course of the game to dispatch them with added panache. I will say, as thrilling as the combat looks on the screen, there seems to be a limit (or there was for me, anyway) to how many opponents the game can throw at Spider-Man before the systems become overwhelmed and I found myself unable to effectively dodge every incoming attack. This led to more than one frustrating battle throughout the game, though I only actually died a few times.

The one saving grace in these exasperating moments is that you can use the combo meter you build as you land attacks to heal yourself in the middle of a fight, even as you’re throwing a punch or zipping between street lights. I can’t understand why there isn’t a system in place that allows Spider-Man to gradually heal if he hasn’t taken damage for a few moments, but once I got a hang of the healing mechanic, the combat became more manageable. 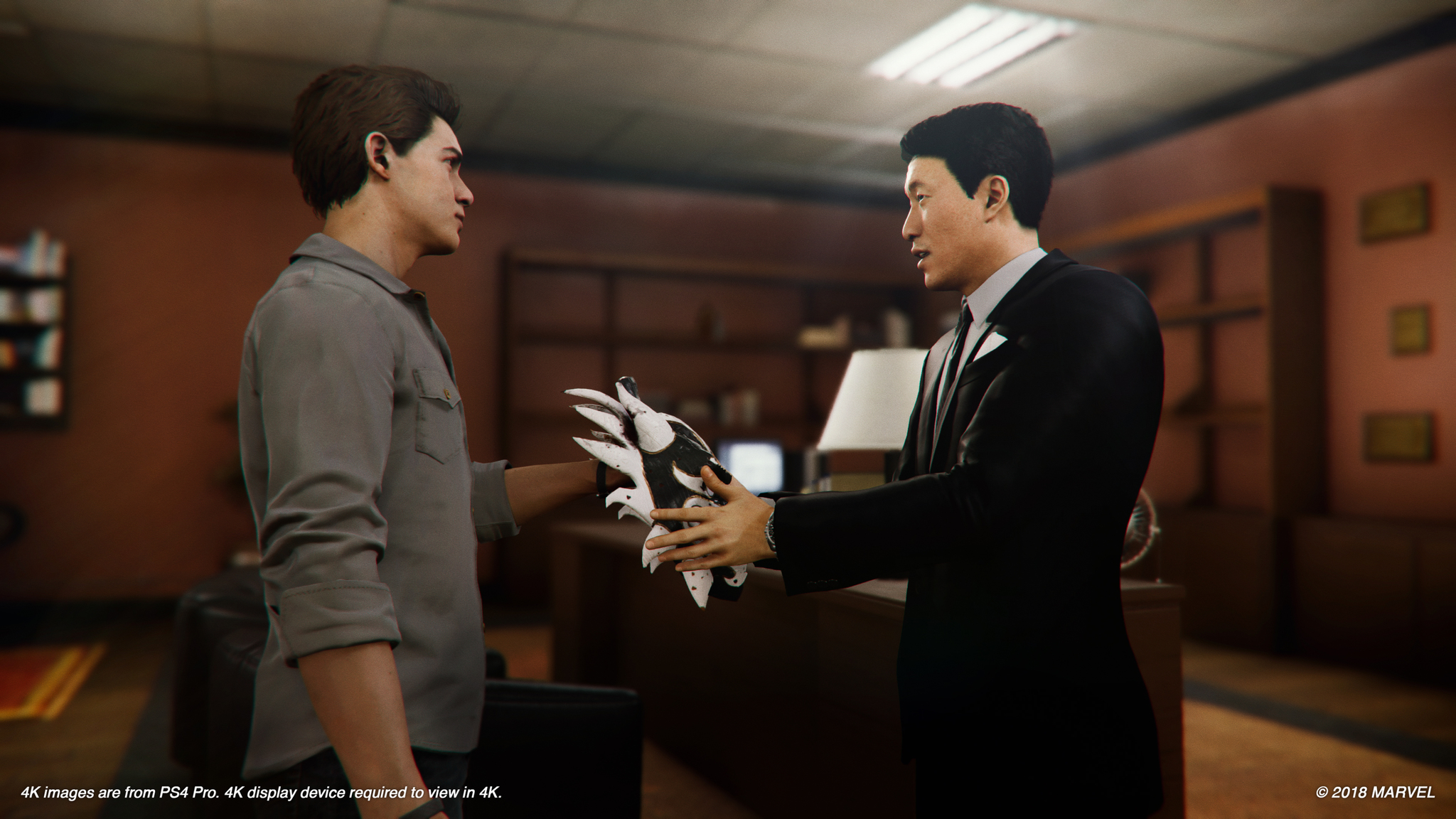 Lasting about twenty hours, the campaign follows a twenty-something Peter Parker as he struggles to balance his career with his interpersonal relationships and keeping New York safe from deadly threats. The game manages to pack a majority of the most infamous Spidey villains into the story without ever feeling bloated, including Mr. Negative, Kingpin, Vulture, Rhino, and Scorpion. And those are just the main baddies, as you’ll meet half a dozen or more while competing challenges and side missions. By the end of the campaign, you’ll feel like you’ve played through about a hundred Spider-Man comics.

While Parker might not be able to keep his own life in check, the game itself does an admirable job of balancing the extended, impactful story missions with discrete, repeatable events, such as stopping crimes that happen dynamically throughout the city, completing tasks at Harry Osborn’s portable research stations, taking on Taskmaster’s timed challenges, finding backpacks scattered throughout the city, and clearing out bad guy hideouts.

Marvel’s Spider-Man makes sure to give you a breather between story missions as well, giving you a chance to explore the city and choose what you want to do. In addition to being fun and varied, these side missions and dynamic events serve a valuable purpose: rewarding you with experience. 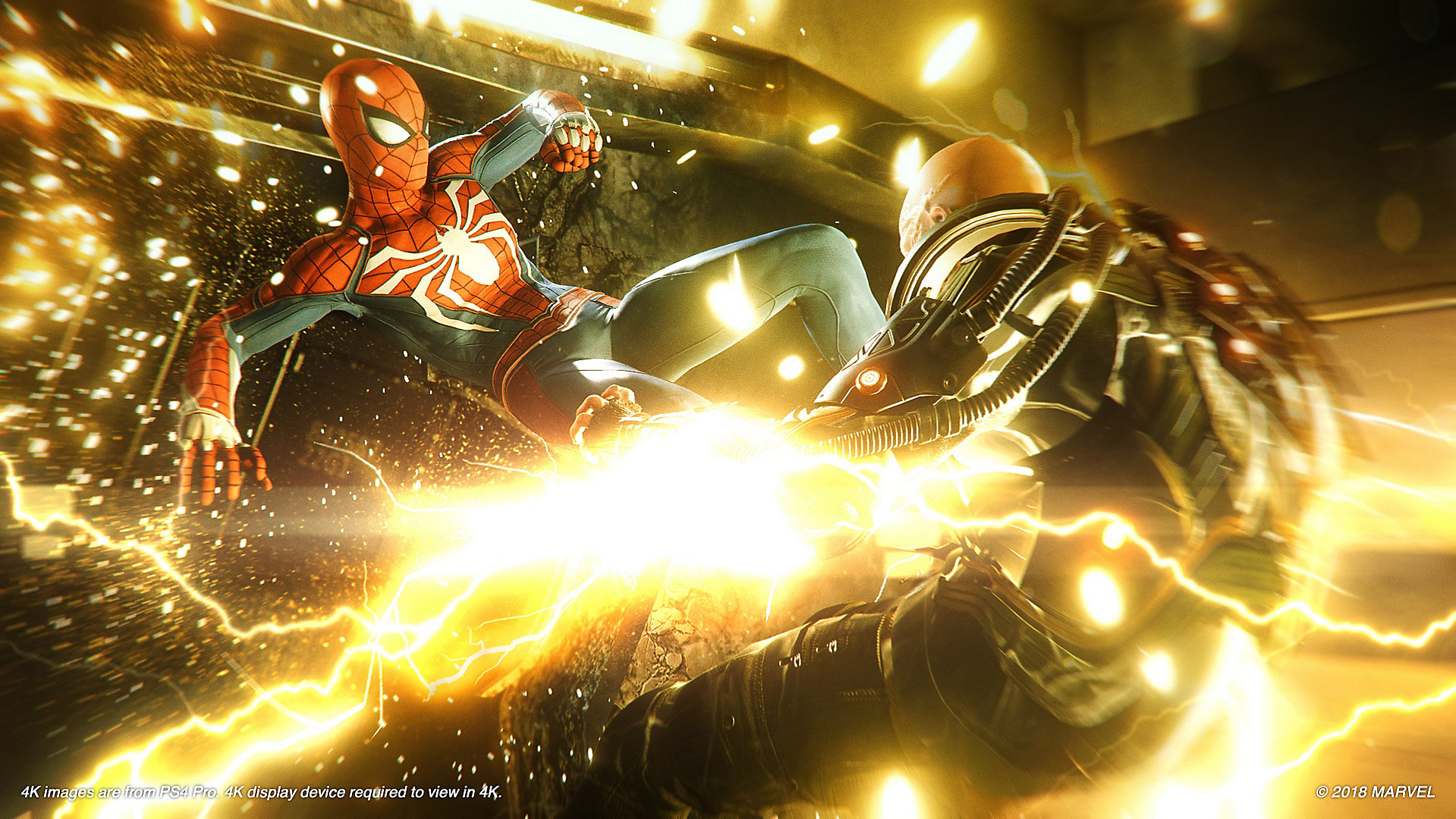 Spider-Man games have flirted with RPG elements in the past, but Insomniac went all in with its PS4 exclusive. Every mission you complete, every landmark you photograph, every enemy base you clear out will reward you with experience as well as a specific kind of token that you can use to obtain new gadgets, upgrade those gadgets, or acquire new suits (each of which unlock a special move that can only be activated once every few minutes).

Plus, every time you level up, you’ll gain a skill point which you can apply to the game’s branching skill tree. By the end of the story, I had snagged all but three of the skills, though you will have to decide which best suit your play style as you pick which ones to invest in early on. As a sucker for progression systems like these, I found myself more inclined than I might have been otherwise to complete every activity I came across.

I’d be remiss if I didn’t exult in Insomniac’s digital reconstruction of Manhattan, which is the most astounding, eye-popping representation of the city I’ve ever seen in a game. The level of detail here compared to even 2014’s The Amazing Spider-Man 2 is unimaginable, with every city block and every neighborhood having its own unique flavor and style. While the city is slightly truncated compared to the real island, virtually every major landmark is exactly where it should be, as are many of the famous locations from your favorite Marvel comics and TV shows (Josie’s, Alias Investigations, and the Wakandan Embassy, just to name a few). I’ve already spent more than 25 hours swinging back and forth from Harlem to Battery Park, but there’s still so much more to see. 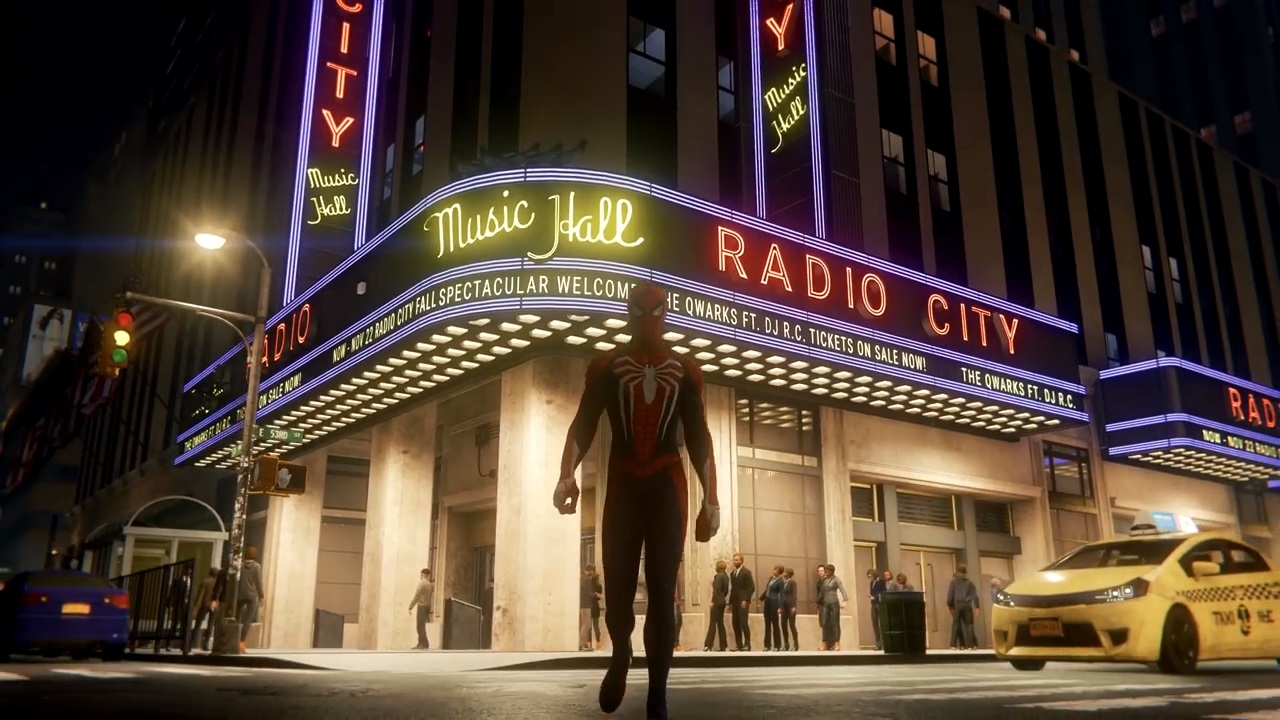 For the first time in ages, I can see myself returning to a game over and over again to check every last box it throws at me. Marvel’s Spider-Man is jam-packed with things to do, and few if any of them feel tedious or superfluous. And even if they did, the sheer joy of swinging around New York City is unmatched by most other games.

While the combat wasn’t always as crisp as I’d have liked, the compelling narrative, the deep, addictive progression systems, the variety of activities and the breathtaking city make Marvel’s Spider-Man one of the best games of the year and one of the best superhero games ever made.

Sony provided BGR with a copy of Marvel’s Spider-Man on the PS4 for the purposes of this review.