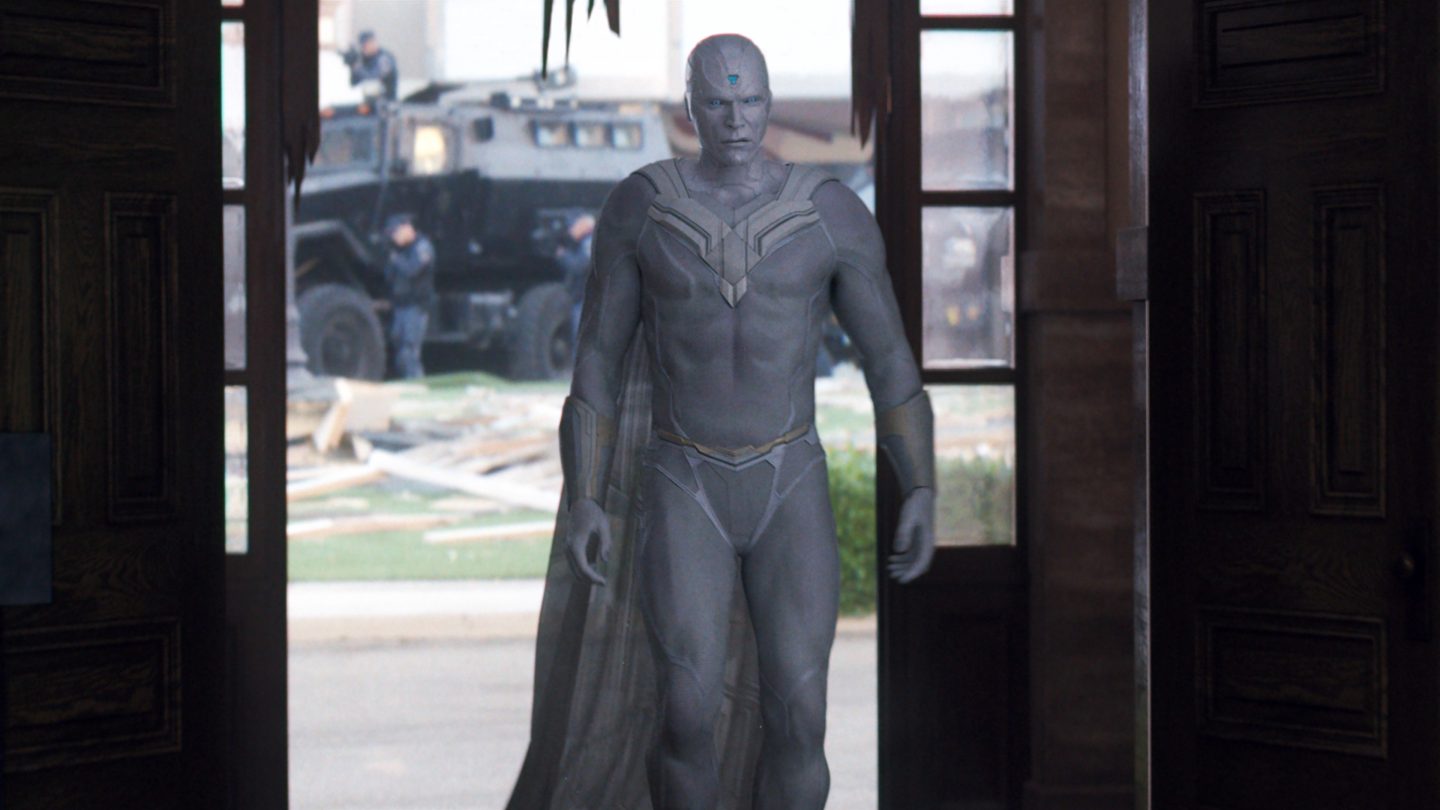 Marvel Studios has already announced one WandaVision spinoff series, but a second might secretly be in the works as well. On Friday, Deadline reported that Marvel is making a series called Vision Quest that will follow Paul Bettany’s Vision character as he attempts to “regain his memory and humanity” in the aftermath of WandaVision.

Giant Freakin Robot was actually first on the scene with the news two years ago. Jeff Sneider then confirmed the report on The Hot Mic podcast earlier this week, and now Deadline says that its own sources have told them the same.

We haven’t seen Vision since the WandaVision season finale, in which “White Vision” and the Vision Wanda created in her mind faced off. By the end of the altercation, the original Vision seemed to be reborn within White Vision, who flew off into the sky.

Vision hasn’t appeared in the MCU since, but it was only a matter of time before Bettany put on the cape once again. We hope to learn more soon, but we do have some clues as to what the show might be about — there was a run of West Coast Avengers comics by John Byrne in 1989 called Vision Quest. This is the synopsis from Marvel’s website:

In this chapter of the West Coast Avengers, the Vision: receives a startling transformation after he is kidnapped, has his memory wiped, and discovers the true (and tragic) nature of his children with Scarlet Witch. Plus, the U.S.Agent joins the A-Team, and the Great Lakes Avengers make their spectacular debut!

Marvel Studios rarely lifts entire storylines from comics, but many of its shows and movies are heavily inspired by them. Based on where we left Vision, this synopsis certainly lines up with where we expect to pick up with the character when he returns.

Considering that Marvel has yet to even announce the show, we do not expect to see Vision Quest on Disney Plus any time soon. 2024 seems like a safe be and Disney Plus may have even more subscribers by then.