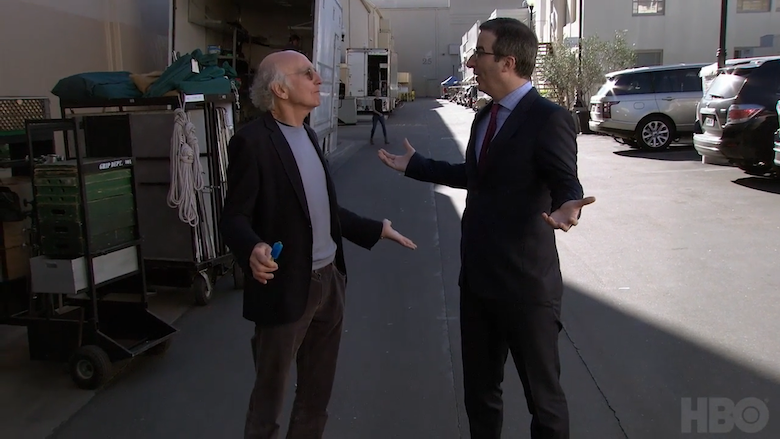 On February 12th at 11 PM, Last Week Tonight will return for its fourth season.

John Oliver left 2016 on an odd note, just days after Donald Trump had been elected president. Many of his viewers were still flailing about, trying to figure out where it had all gone so terribly wrong, so as a sort of reprieve, HBO elected to upload the entire episode on to YouTube, so anyone could watch for free.

Now, as President-elect Donald Trump gears up for Inauguration Day, Oliver is prepping for a new season of his late night talk show by coming to terms with the fact that he has what might be the least important show on HBO’s Sunday night slate, behind Game of Thrones, Silicon Valley and, soon, Curb Your Enthusiasm.

While Oliver might be selling himself a bit short here (as he has every year since his show was picked up by the network), it’s hard to deny that HBO viewers are desperate for more Game of Thrones. And while Oliver’s hiatus was substantial for a talk show, it doesn’t compare to the five-year wait that audiences have endured for a ninth season of Larry David’s Curb Your Enthusiasm.

The thing is, HBO has yet to announce release dates for new season of Game of Thrones, Curb Your Enthusiasm or Silicon Valley, which means (for the moment at least) Last Week Tonight has no competition.

Congratulations, Oliver. You host the most anticipated HBO show (with a release date).