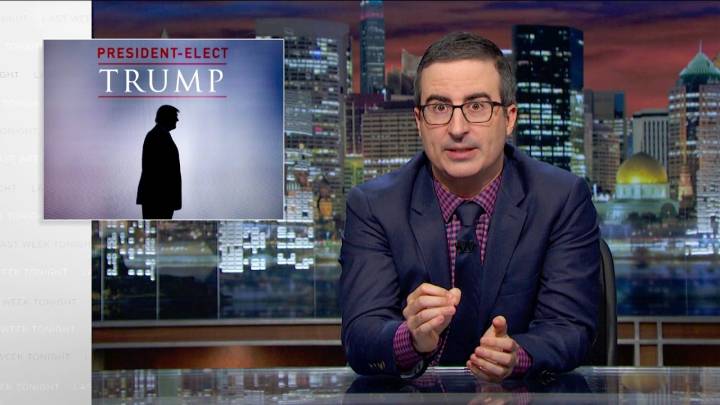 For the final episode of Last Week Tonight in 2016, there was only one thing on John Oliver’s mind: Donald Trump’s shocking victory. Considering how much time the talk show host has spent discussing Mr Drumpf, this shouldn’t come as much of a surprise, but for everyone else who didn’t see this coming, it’s still cathartic.

After coming to terms with the fact that Trump will indeed be the next President of the United States, Oliver discusses how the media played a role in his ascent, from normalizing his behavior to refusing to fact-check until too late.

Oliver also pleaded with the American people to fight off complacency and do something about Trump’s proposed policies (providing they actually come to pass). If you want to make a difference during the Donald Trump presidency, you need to do more than post on Facebook about how sad or disgusted you are — you need to donate to group that fight for women’s right, volunteer for organizations that provide services to the unfortunate and, yes, vote in the midterm elections.

But best of all is the end of the episode, which features a sentiment we can all agree with: 2016 was an unusually crappy year. Thankfully, it’s almost over.

While the Last Week Tonight YouTube channel typical shares an extended clip from this show, this week HBO went ahead and published the entire episode, which means you can watch all 30 minutes of Oliver’s last show of 2016 even if you don’t have a subscription to the premium network: