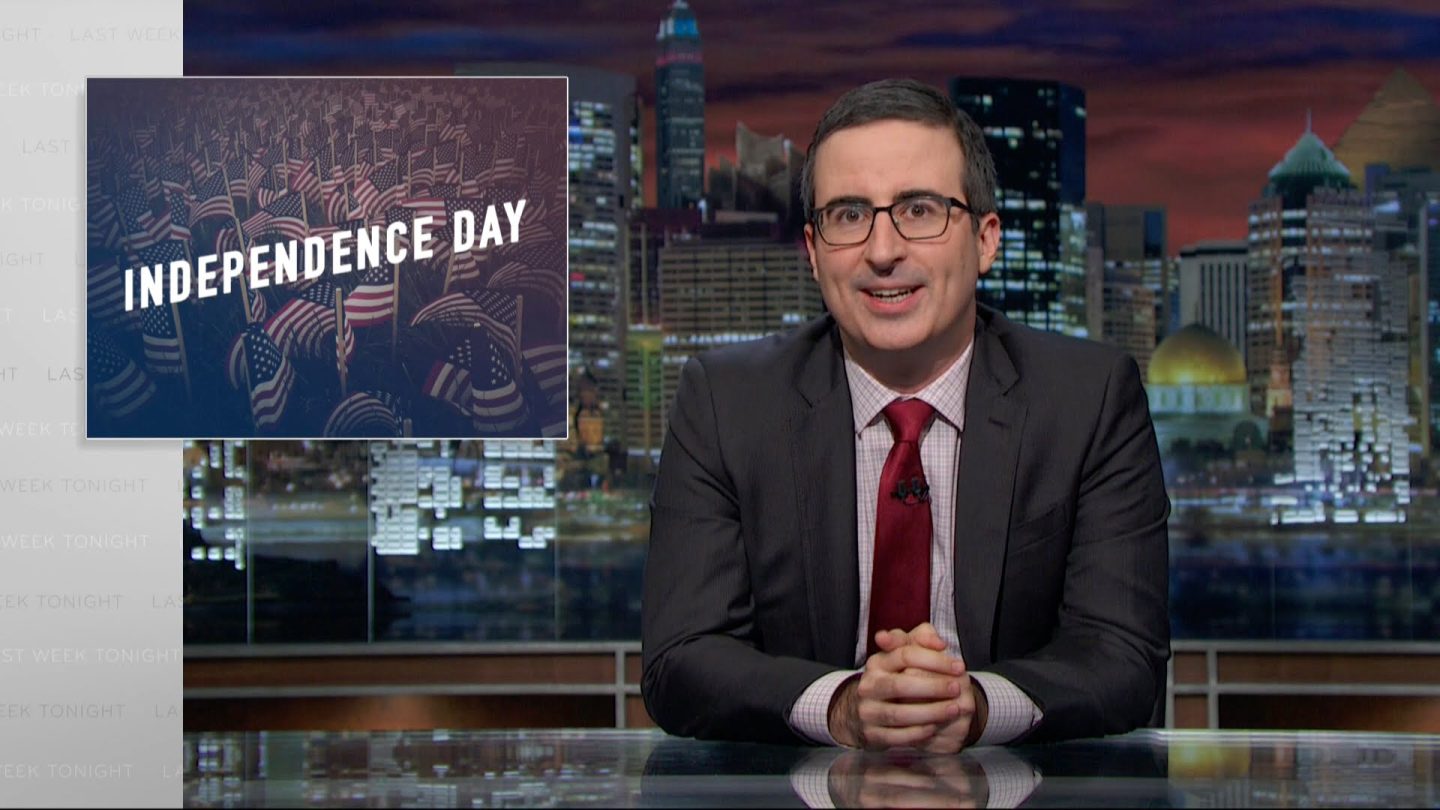 Last Week Tonight is on hiatus for a few weeks, but John Oliver wasn’t going to miss the chance to make a bunch of jokes at the expense of his home country on Independence Day. So that’s exactly what he did.

“As you know, since 1776, you’ve done very well as a nation,” says Oliver, “but it might be worth thinking about just a handful of things that you gave up when kicking Britain unceremoniously out of this country.”

A quick list of all the things we’re missing out on:

Yes, Oliver was being facetious, but I am genuinely a bit jealous of the meat pies.

Last Week Tonight doesn’t return until July 24th, but I wouldn’t be surprised to see a few more web exclusive clips like this over the course of the next few weeks. In the meantime, you can always go back and watch Oliver explain how doping has ruined sports, how debt is bought and sold and how Brexit would destroy England.