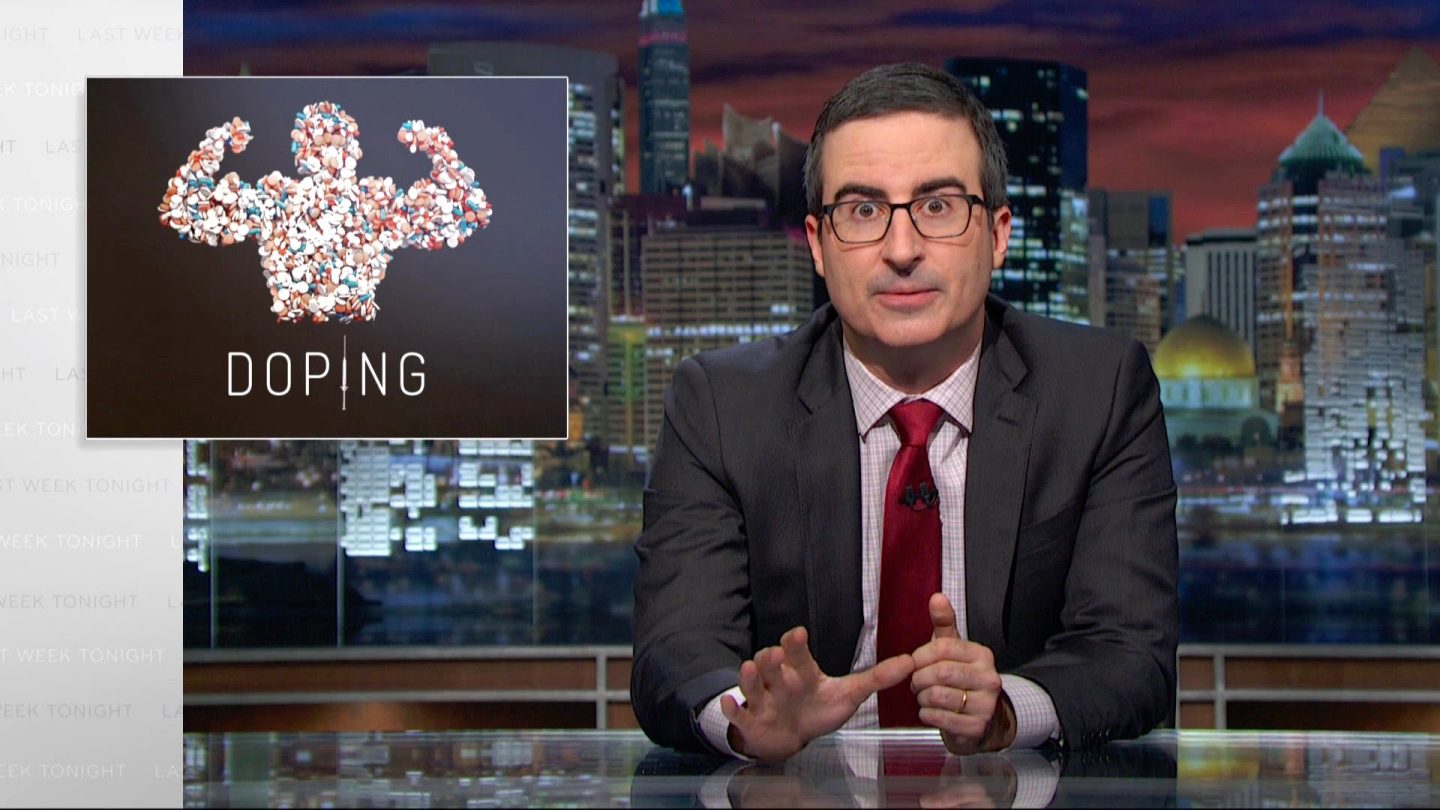 British comedian John Oliver has made a career for himself explaining things to camera. This week, the topic that’s getting a trademark Last Week Tonight rundown is doping, good timing seeing as the Olympics and the Tour de France are happening in the next two months.

Unsurprisingly, there’s much more going on in the world of doping than individual athletes choosing to take performance-enhancing drugs. As the recent case with Russian athletes has unequivocally shown, it takes dedication and resources to beat the thorough (almost creepily thorough) doping tests.

Doping has been an endemic problem for international sport for decades. But recent allegations against Russian track-and-field athletes, and the governing body that controls them, has shown in stark detail how far some organizations will go to cheat — not to mention how far up in government the programs go.

But as Oliver explains, it’s not just Russia, and it’s not just track-and-field. The problems lie with other sports, other athletes, and even the politics between different federations that have enabled doping to happen for so long.

There’s no perfect solution to the doping problem, but one thing Oliver has fixed is the dew-eyed athlete ads, which definitely need more drugs and fewer cliches.

It was a busy show for Oliver this week, and doping wasn’t the only item on the agenda. Following his coverage on Britain’s EU referendum last week, and the subsequent Brexit, Oliver also had a shorter piece explaining precisely how and why the not-very-United Kingdom is doomed.