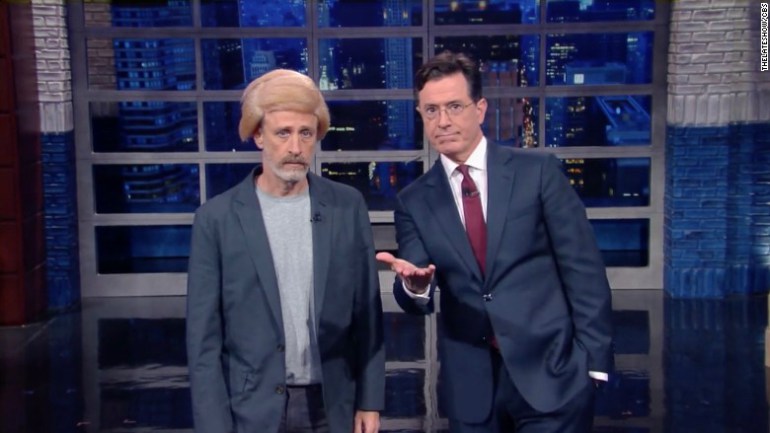 Although Jon Stewart has been avoiding the limelight in the months following his departure from The Daily Show, one important issue has given him a very good reason to return to television. Earlier this week, Stewart appeared as a guest on Trevor Noah’s show in order to shed light on the Zadroga Act, and last night he crashed Colbert’s show to do the same.

DON’T MISS: 10 paid iPhone and iPad apps on sale for free for a limited time

If you saw Stewart’s appearance on The Daily Show, you know that Congress will soon be voting to decide whether or not health benefits should be reauthorize for 9/11 first responders. It sounds like a no-brainer, but some members of Congress wrongfully claim that we just don’t have the funds to cover it.

Stewart attempts to get this across to the Late Show audience with an impassioned plea, but within seconds, Colbert is too bored to allow Stewart to carry on.

So before Stewart can continue, he has to put on a Donald Trump wig. And orange his face up. And do the voice. It’s fantastically stupid, but after all the years that Stewart put Colbert in equally embarrassing situations for The Daily Show, it’s a nice moment of catharsis. And there’s even a great message to go along with it.

You can watch Jon Stewart’s full, ridiculous visit to the Late Show below: