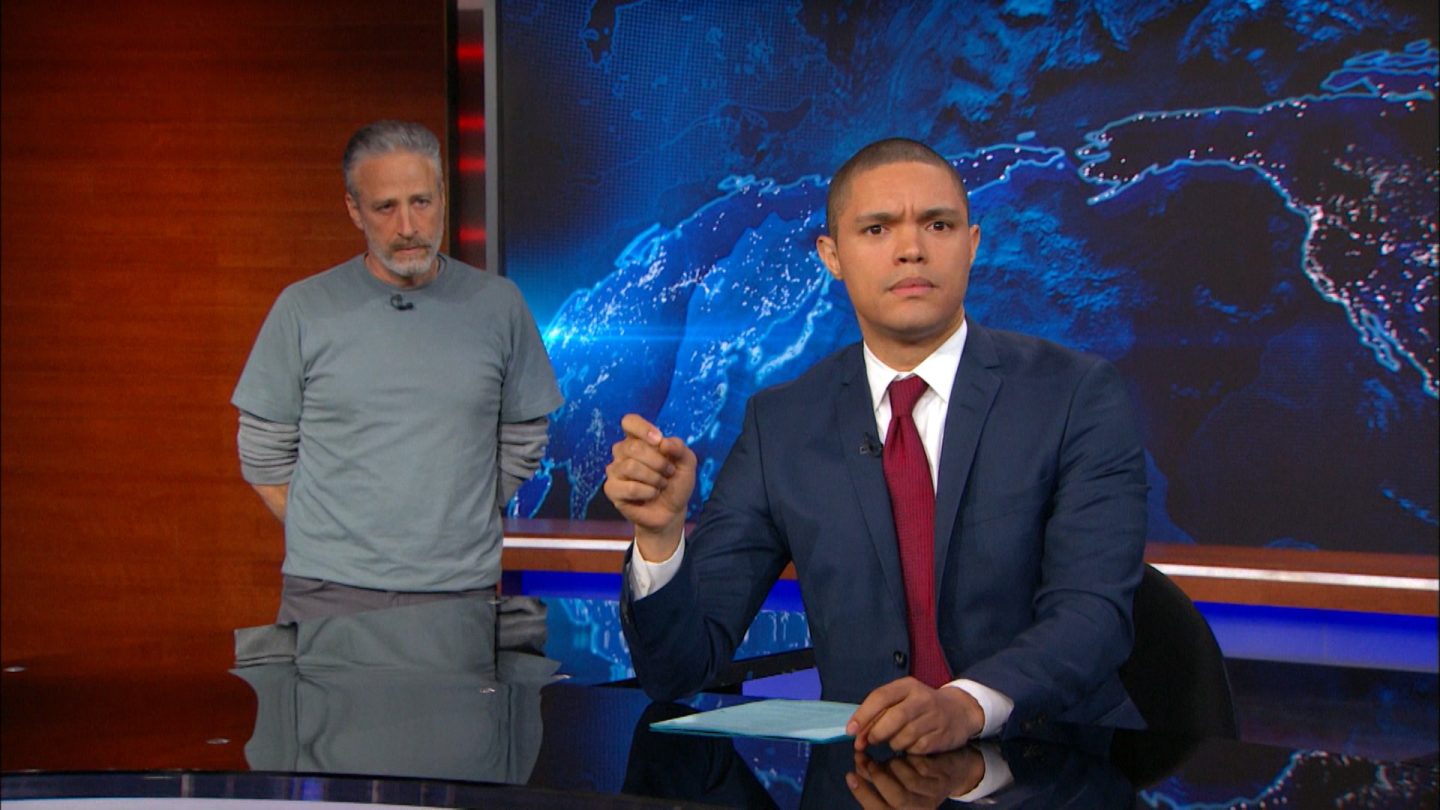 After retiring from The Daily Show in August, Jon Stewart has steered clear of the studio in order to let Trevor Noah form an identity without any interference from the old host. It was the right move, and the new version of the show, while familiar, has taken on a life of its own.

But now that Noah is comfortable in his role, Stewart decided it was time to return as a guest this week to talk about something important to him.

DON’T MISS: Remarkable new sensor chip pulls power out of the air so it never needs to be charged

You might remember that of all the topics that Jon Stewart covered during his tenure as host of The Daily Show, few were nearer and dearer to him than the issue of providing care to 9/11 first responders.

It’s an issue that sounds like a complete no-brainer, but as Stewart noted on the show, portions of the Zadroga Act, which provides health care to first responders, expired in September. Now, rather than simply renewing the bill, members of Congress have put the act on the back burner, arguing they can’t find the money to fund it.

Rather than take this lying down, Stewart traveled to Washington, D.C. with a group of first responders in an attempt to shame Senators into changing their minds. You can see the result of his trip in the video below:

Stewart and Noah spent the remainder of the episode calling out Senate Majority Leader Mitch McConnell for being the biggest obstacle to the Zadroga Act, and deservedly so: