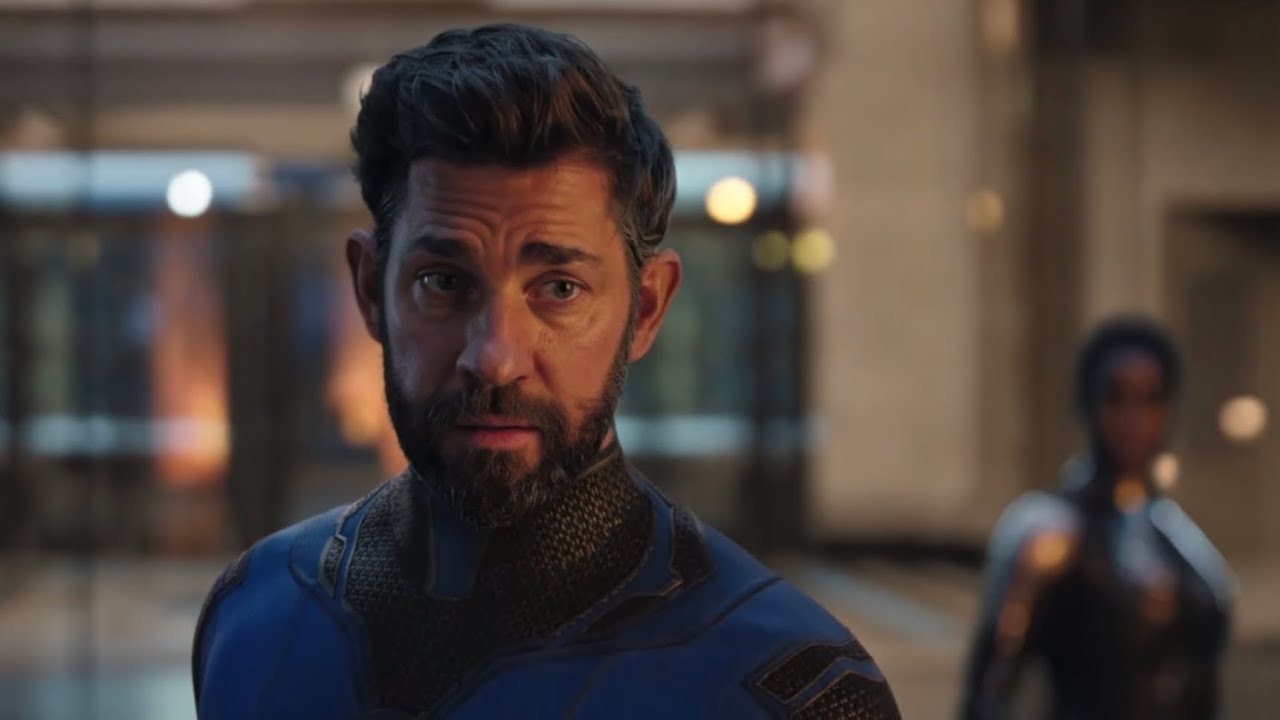 Since then, there’s been speculation about the Fantastic Four cast, but Marvel has yet to reveal the four actors playing the new superheroes. After playing coy about his return as the MCU’s main Mr. Fantastic, Krasinski has finally signaled that his Reed Richards role may have been a one-time thing. Mind you, some Multiverse of Madness spoilers will follow.

Months before the Multiverse of Madness release, rumors claimed that Krasinski would play Mr. Fantastic in Doctor Strange 2. At the time, there were plenty of other cameo leaks, and nothing seemed certain until the film’s premiere.

But then we saw Doctor Strange (Benedict Cumberbatch) meet an Illuminati group of superheroes on a different timeline. Earth-838’s Illuminati had Reed Richards among them. And John Krasinski played Mr. Fantastic for a few scenes.

Sadly, we never really got to see Mr. Fantastic in action. We only witnessed his confidence that Wanda (Elizabeth Olsen) would not be a real threat to the Illuminati. And the superheroes played a steep price. That included Reed Richards turning into “spaghetti” and dying seconds after attempting to actually fight the Scarlet Witch.

Mr. Fantastic dying in Multiverse of Madness doesn’t mean that John Krasinski can’t play the character again. What we saw was a variant of the character. Loki and What If…? taught us that the multiverse has an infinite number of variants of the same person. And they don’t have to be identical.

Earth-616’s Mr. Fantastic could be John Krasinski, as this would be the main MCU’s Reed Richard variant. But someone else could play the role.

Who will play Reed Richards in Fantastic Four?

Krasinski seems to no longer play games about his MCU future, however. While he refrained from saying whether he’ll appear in Fantastic Four again in the past, the actor had a different stance on the role in an interview with The Wrap.

During the press day for Jack Ryan Season 3, the actor said that “there aren’t any discussions at all” about him continuing as Mr. Fantastic in the MCU.

“The only discussion I had was actually in the second-to-last week of Jack Ryan,” Krasinski said. “Kevin Feige called and said would you ever fly to LA and play in our sandbox for a day? I was honored to do it. I flew right from Budapest when we wrapped and went right to the Doctor Strange set. I’m a big fan of all those characters and that world, so to get to play in that sandbox for one day was a real thrill.”

“It’s totally insane. To be in a room with all those people, and again to be a part of that narrative is crazy,” the actor added. “But yeah, being turned into spaghetti wasn’t my end goal in life as far as how it goes in the Marvel universe, but you know what it was fun nonetheless.”

Could John Krasinski still play Mr. Fantastic in Fantastic Four despite this denial-like statement? Anything is possible. And Marvel isn’t ready to reveal the cast for this 2025 movie.