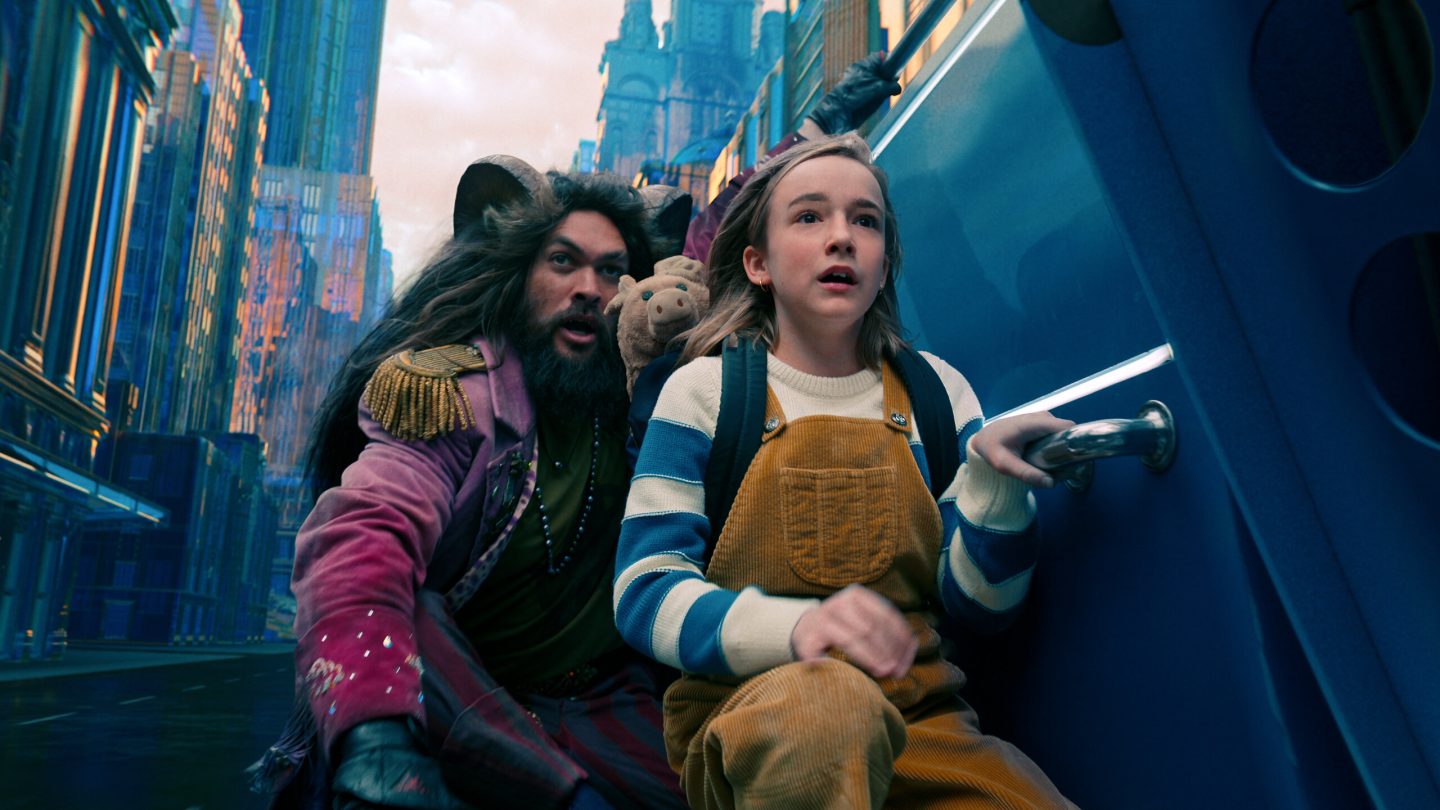 “Never forget,” Kyle Chandler’s Peter tells his precocious daughter Nemo at one point during the new tear-jerker of a Netflix movie Slumberland, “you can do anything.”

Even if that “anything” means Nemo traversing a world of dreams and nightmares with Jason Momoa’s eccentric “Flip” as her guide on an enchanting and adventure-filled quest to be reunited with her late father.

Coming to Netflix on November 18, the movie unfolds in the wake of Nemo’s father being lost at sea. The tragedy shatters her idyllic Pacific Northwest existence, which gets uprooted when she’s sent to live in a new city with her awkward uncle Phillip (Chris O’Dowd).

I just finished watching #Slumberland and it was a wonderful movie filled with lots of emotions, adventures, hopes, and dreams. Oh and JASON MOMOA excels in this! @NetflixFilm pic.twitter.com/c48QR0Z85S

During the day, Nemo navigates new routines and challenges at school. But at night? A secret map to the fantastical dreamworld of Slumberland connects her to Momoa’s Flip, a lovable scamp who becomes her partner and guide on an incredible journey to hopefully find her father once again.

One of the things that director Francis Lawrence says he keyed in on was focusing on the theme of resilience — and, specifically, resilience in grief. “Finding some sense of hope when you’re grieving that gets you through it and on the path to healing — I think it’s a theme that’s so relatable,” he said in an interview included with Netflix’s press material for Slumberland.

He adds that the movie’s message is one of “accepting the tough situations as part of your existence, and moving forward knowing that you’re going to have a great life even with that past behind you … Ideally, it’s a story that can be watched at any age. It’s an emotional story about what happens to this little girl, and it’s fun and funny and visual. It’s both epic in scale and intimate in its emotion at the same time.”