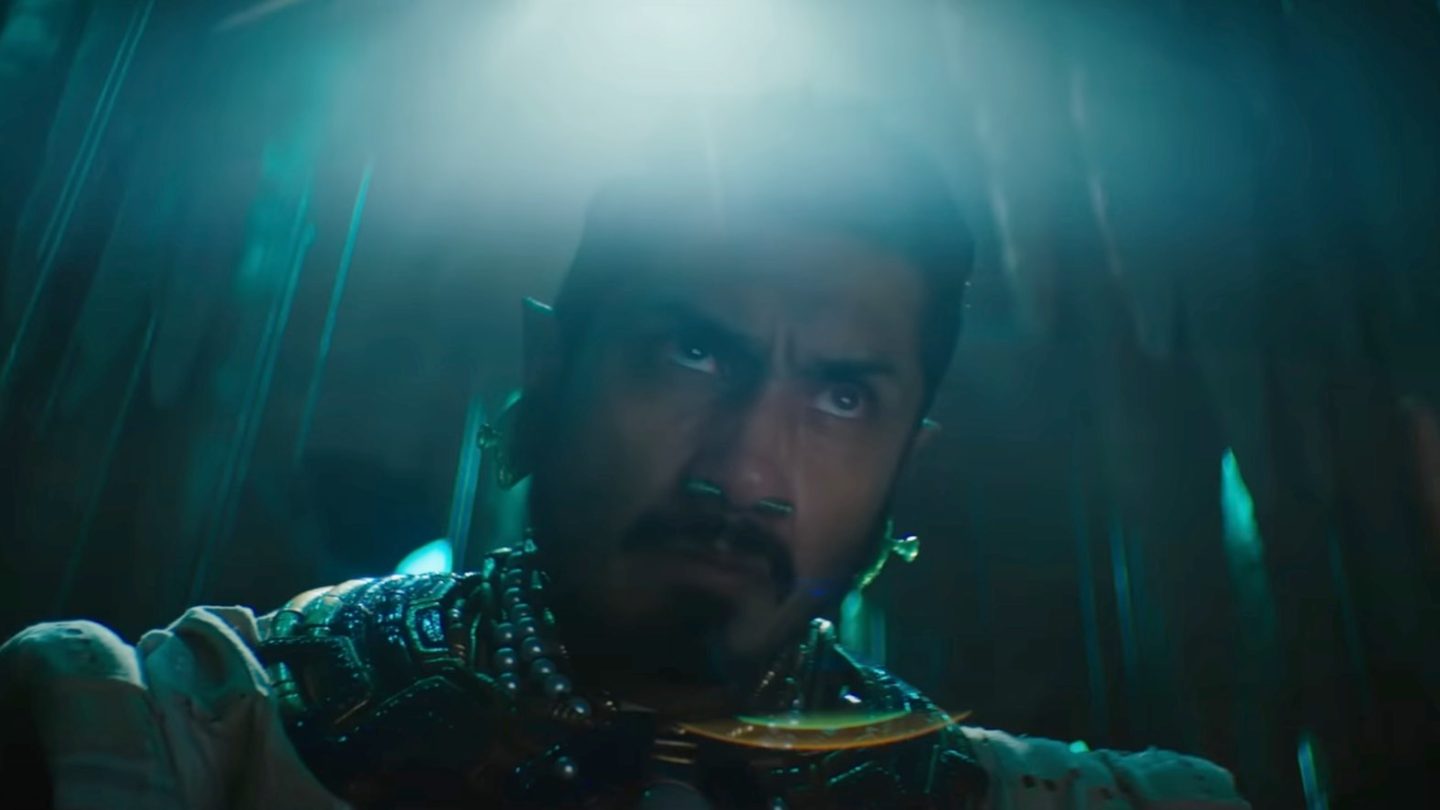 We’re two weeks away from the premiere of Black Panther: Wakanda Forever, which will have major implications for the rest of the MCU. We’ll see the new Black Panther and meet the MCU’s replacement for Iron Man. Moreover, we’ll meet another confirmed mutant, Namor (Tenoch Huerta), who appears to be the villain of Wakanda Forever.

All the trailers and commercials that Marvel has shared tell the same story. The Black Panther sequel will deliver a fight between Wakanda and Namor, although we have no idea what triggers it. As a result, we should see the new Marvel character as a villain.

But is Namor the real baddie of Wakanda Forever? Tenoch Huerta addressed the question during this week’s red carpet premiere. Spoilers might follow below.

Marvel took its time confirming rumors that Huerta is playing Namor in Wakanda Forever. But all the Black Panther 2 clips showed him as the main antagonist in the movie. From the first trailer, it was clear that he would go to war against Wakanda for an unspecified reason.

That’s enough to think of him as the film’s big villain, even though we don’t know his backstory. After all, if Captain America: Civil War is the first MCU movie you see, you’ll see all sorts of villains. It might be Steve Rogers (Chris Evans) to some people. Or Iron Man (Robert Downey Jr.) to others. Depending on which side of the Sokovia Accords argument you take.

With Namor, things are even more complicated. This mutant has been in the MCU for years, but he never surfaced in the past. Wakanda Forever will need to deliver a reasonable explanation for that. Because if Namor is not the film’s main villain, then he might turn out to be a superhero that could help the Avengers in future adventures.

Who is the real Wakanda Forever villain?

What’s certain for the time being is that Marvel wants the audience to believe that Namor is the bad guy that the new Black Panther will have to fight. Again, I’ll remind you that various Avengers fought between themselves before becoming friendly.

Huerta explained to Variety this week that Namor isn’t a villain. He’s just a guy looking to protect his people:

This is a guy who protects his people, his culture, every meaningful thing in his kingdom. From my perspective, everyone around the world can identify with this. So I don’t know if he’s a ‘villain’ or is just a guy trying whatever the cost is to protect.

You know who else would try to protect their people “whatever it takes?” The Avengers.

Furthermore, Huerta expanded on the concept of relatability in the MCU when it comes to Namor:

It’s important for the people to see themselves in the movies in this way. It was made with a lot of respect for the Mesoamerican culture, especially Mayan culture. It’s the root of almost everybody Latin American. We have indigenous roots, we have black roots, and a few white roots. But it’s fantastic to be here and represent this kind of movie.

Put differently, most people wouldn’t necessarily identify with villains from movies. But they would certainly understand the complex nuances between good and evil.

Let’s remember that MCU fans easily understood Killmonger (Michael B. Jordan) and where he was coming from. Too bad Marvel had to kill the Black Panther anti-hero/villain so soon.

Huerta had similar remarks before making us question whether Namor is a real villain or an anti-hero character.

With that in mind, there’s another big Wakanda Forever plot detail you should be aware of. Rumors said that Marvel wanted to feature Doctor Doom in the Black Panther 2 credits scenes, which would have revealed this massive villain was behind the events in the film that sparked the Namor vs. Black Panther fight.

Newer reports say that’s no longer on the table. The movie that critics saw earlier this week had just one credits scene. And there was no Doctor Doom in it.

The true identity of the Wakanda Forever main villain doesn’t even have to be explored in this episode. Marvel could always reveal it later via future MCU adventures.