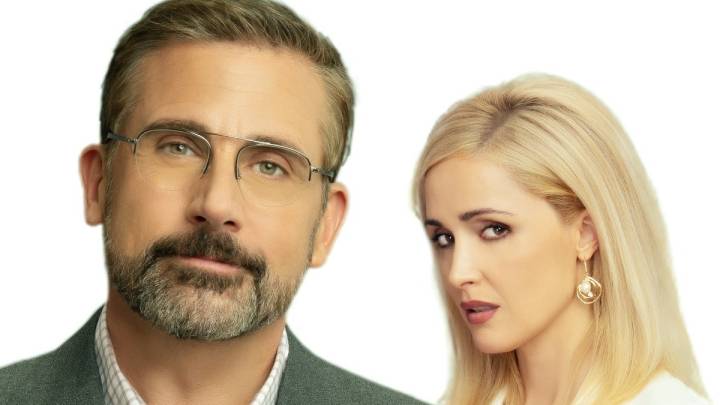 I have no idea if director Jon Stewart’s new Steve Carell-led political comedy Irresistible is any good or not — early reviews, like this one from Rolling Stone, seem to be largely positive — but I feel confident the movie probably doesn’t deserve the 2/5 stars it currently has on iTunes at the time of this writing.

Dive into the comments that iTunes users have left, though, and one comment, especially, jumps out at you. It’s a complaint about the fact that the film (in which Carell plays a Democratic political strategist who helps a retired Marine colonel run for mayor in a small town) costs $19.99 to rent on iTunes, roughly comparable to what many people would have paid to see it in the theaters — assuming, you know, we weren’t in the middle of a pandemic and theaters were actually largely open right now. Not only are movie theaters around the country mostly closed right now, which has caused hotly anticipated blockbusters like Tenet to keep delaying their release dates, but even major directors like Joe and Anthony Russo of Avengers: Endgame are now on record as saying they think theaters are too risky to visit anytime soon because of coronavirus.

Thus, we have feature films like Irresistible — which also stars Rose Byrne and Chris Cooper — heading straight to video on demand. The question is, how many of you are fine with paying an inflated rental price for it?

I’ve been dying to see this film since I first heard about it. Jon Stewart is an absolute legend and a sorely missed figure in the current political climate. But $20 just to rent? Come on… I’ll wait.

As much as I love Jon Stewart and want to see his upcoming film "Irresistible", the VOD rental price of $19.99 is ridiculous. pic.twitter.com/YESCfOK7jo

For those of you complaining, consider for a moment the trade-off you get for paying $20 to rent a movie during this specific and hopefully temporary moment in time. Say you’re a family of four — to see Irresistible in theaters, of course, you’d have had to plunk down money for four separate tickets, whereas in this case, you can go all-in on one (lesser) price. And you don’t have to pay the ridiculous markup on concessions, either.

Setting that aside, there’s an unquantifiable emotional component to this as well, right? I would happily pay $20 (and probably more than that) for the opportunity to be able to rent/stream director Christopher Nolan’s Tenet on Day 1, to avoid trekking to a theater (assuming those near me are even fully reopened by then). I might feel like paying the same for the Wonder Woman sequel. But that does not mean I’m happy to pay the same price to see the new Trolls movie, or Pete Davidson’s new indie movie, or even Irresistible — and I suspect many of you feel the same.

I’m not sympathetic at all to the argument that because a studio spent tens of millions of dollars, it needs me to pay an inflated rental price to make the economics of its movie work. Your business’ profitability is not my problem, as a consumer. “Stop trying to make expensive rentals happen,” reads a one-star review for Irresistible on iTunes. “The industry is not going to survive if you continue taking advantage of the consumer.”

I’m not sure what effect long-term that all of this will have on the movie business, but it will certainly be fascinating to watch. I know there are plenty of you, for example, who’ve gotten to the point where you rarely, if ever, go to a movie theater anymore — maybe you don’t have time, you’re busy parents, or for lots of other reasons.

That’s what Richard Rushfield of The Ankler, an email newsletter about the movie business, had in mind when he looked at all this and decided that we’re seeing the death knell of traditional theatrical releases. “The average American doesn’t go to movies anymore, for all intents and purposes, except for one blockbuster a year or something,” Rushfield told The Ringer. Moreover, he continued, no one will really “miss the habit” of seeing a movie at the theater because of all the things that come with it, like people being loud around you, the prices, and having to actually physically be there.

And then there are people like Indiewire’s senior film critic David Ehrlich. “People still want to go to the movies,” he wrote in response, “and whenever this pandemic ends, that desire won’t go away.

“But whatever happens in the meantime, it does no good to raze cinemas to the ground and salt the earth where they once stood. Movie theaters aren’t about to be unmasked as an archaic inconvenience that should be consigned to the ruins of our pre-coronavirus world. On the contrary, they’re about to become a painful reminder of how suffocating it can be to experience spectacle in private.”