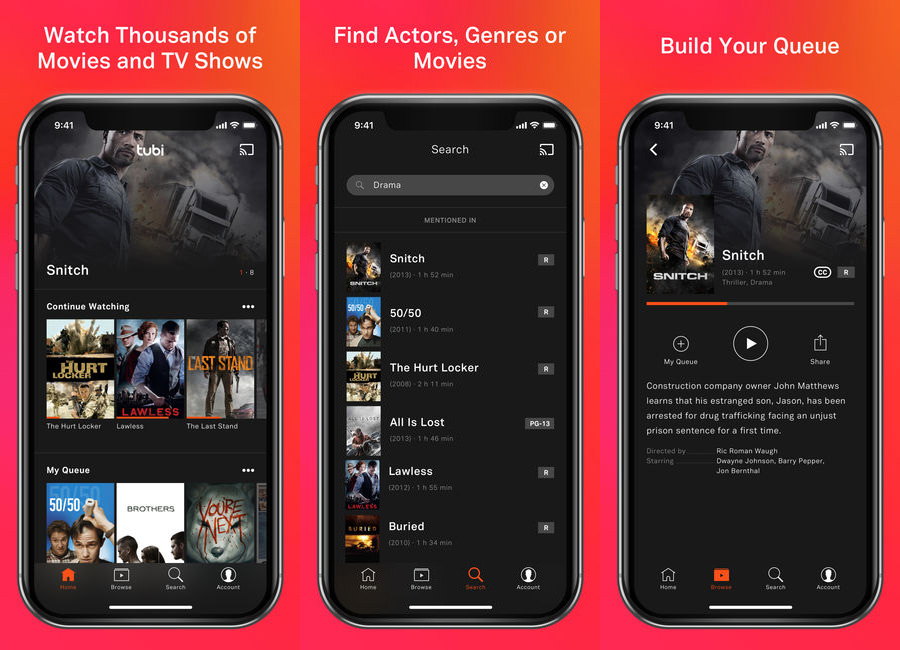 – Watch the biggest stars, movies and TV shows, completely free
– Discover amazing international hits and hidden gems
– Browse unique categories, including our “Not on Netflix” section
– Create and manage your own personal video queue
– Pick up watching where you left off
– Explore fresh anime, Korean dramas, telenovelas, reality shows and more
– Check out new videos added every week
– Sync your account between online devices, including , Roku, Xbox and Amazon
– Cast to your TV with Chromecast and Airplay
– Stream on the web at tubitv.com