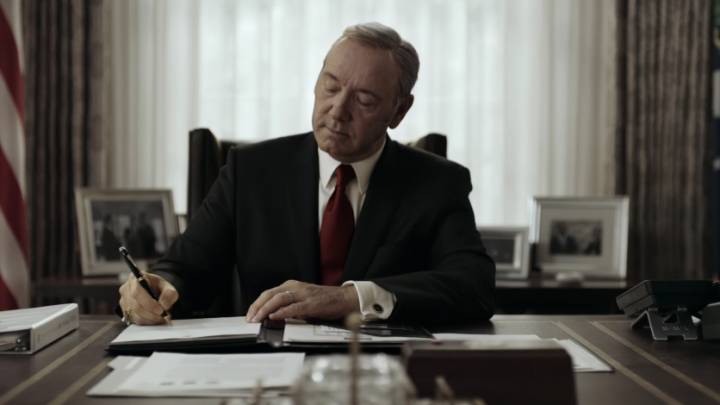 The fourth season of Netflix’s highly praised House of Cards premieres on March 4th and it’s promising a lot more twists and turns than last season. The company released a few teaser trailers for the new season and even put up a special website for Frank Underwood’s presidential election campaign that looks like what you’d expect from candidates this year. But the latest trailer for House of Cards is a heart-pounding one-minute clip that will send chills down your spine.

Netflix packed a lot of quick blink-and-you-miss-it scenes in this one-minute clip, so you’ll have to keep pausing it to figure out what’s happening, especially that you also have to pay attention to Frank’s monologue in the background.

The clip shows us some of the main characters of House of Cards, including new additions to the cast, suggesting there’s plenty of action left in this one. We expect murder, deceit, and lots of conflicts, including the Frank vs. Claire disputes. Check the full trailer below.

House of Cards Season 4 launches March 4th, so there’s enough time to catch up on the first three seasons in case you haven’t seen them.