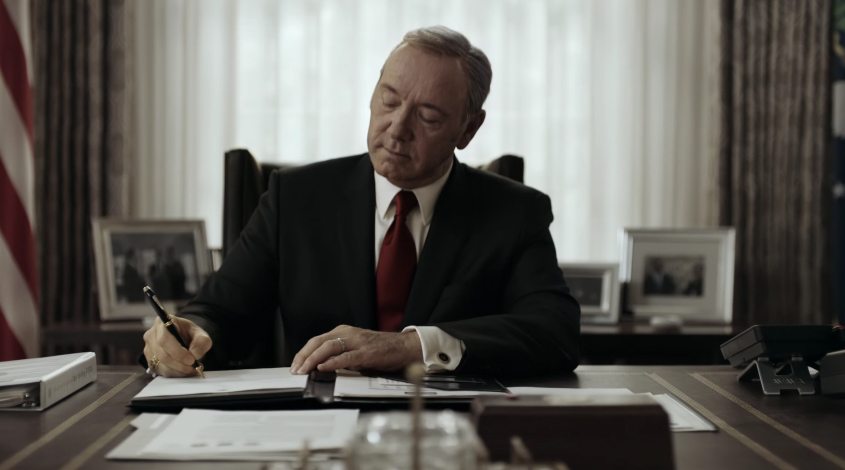 You’ve seen his face for years on billboards and on TV. Democrat Frank Underwood is a powerful and ruthless politician who would stop at nothing to have his way. And now he’s running for president. Underwood’s staff brilliantly crashed the Republican debate on Tuesday night, airing a short TV spot explaining why you should elect him to the highest position in the country next year.

Yes, we know FU2016 is a fictional campaign for a TV show character, but Netflix’s stunt is all the more impressive because of it.

The company aired a 30-second spot during last night’s presidential debate that looks pretty much like what you’d expect from a political ad in a presidential election year. In fact, people who haven’t watched House of Cards yet might mistake this Frank Underwood guy for an actual candidate, one they’ll think they haven’t heard of before.

But by the end of the clip, it’s pretty clear we’re talking about a TV show — Netflix’s critically acclaimed House of Cards series, the fourth season of which will debut on March 4th. And we can only hope it’ll be a great one, considering the fact that season three left us expecting a lot more from Netflix.

Check out Netflix’s first trailer for House of Cards season four below.