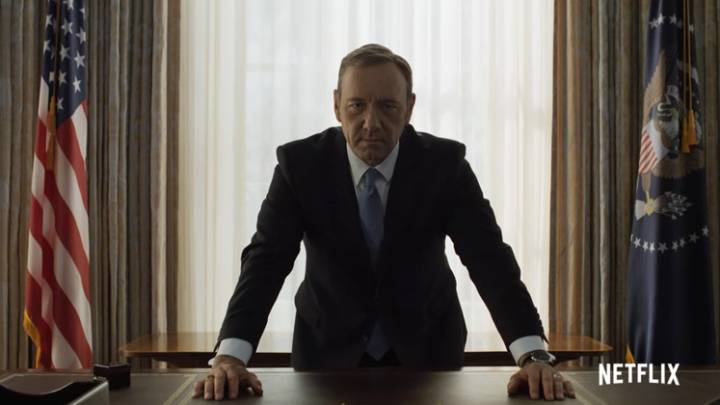 Like him or not, President Frank Underwood wants your vote this year, as Netflix’s hugely popular House of Cards TV series prepares to return. The fourth season of the political drama premieres on March 4th, and a new trailer for it was just released.

After releasing a clever ad for the Underwood Campaign during a real Republican debate last month, Netflix is back with a similar video that premiered during the Golden Globe Awards on Sunday evening. This time, President Underwood is addressing the nation, explaining why he thinks you should keep him in office for another term.

As Underwood goes on and on about the qualities that qualify him to be your next president, the clip features flashbacks that show some of the president’s actions on the road to the White House – and fans of the series will certainly recognize them.

What’s even funnier about this type of commercial is that Netflix actually set up an FU2016.com presidential campaign site for Frank Underwood. Of course, we won’t forget that there’s an actual presidential election happening this year, but we’ll learn who gets to be president for the next four years in House of Cards before the real election takes place later this year.

Check the full trailer below.