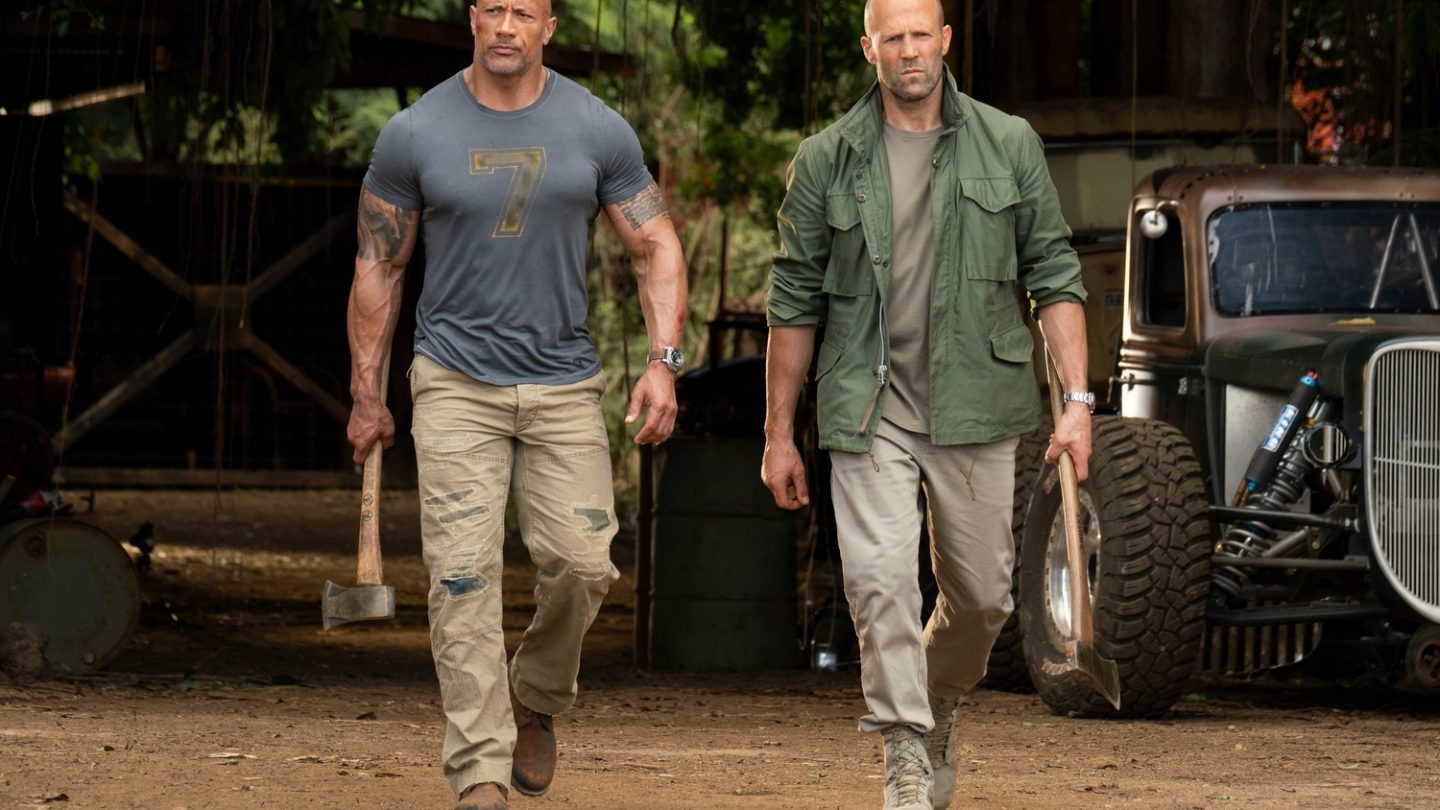 The newest installment in the Fast & Furious franchise — Hobbs & Shaw, topped by Dwayne “The Rock” Johnson and Jason Statham — looks headed to a $57 million opening weekend in North America, according to early estimates.

If you ask Hobbs & Shaw co-writer Drew Pearce, whose range of directorial and writing experiences has included everything from big-budget franchise fare to small indie flicks, there’s a pretty simple formula for how a movie like this ends up a success. More specifically — how a movie like this can get audiences off the sofa and into a theater seat in an age of convenience-driven streaming dominance.

“This is something I think about a lot,” Pearce — who wrote and directed last year’s well-regarded thriller Hotel Artemis, with a cast led by Jodie Foster — tells BGR in an interview prior to Hobbs & Shaw’s opening. “And it applies as much to The Farewell as it does to The Lion King, right?”

In this new Fast & Furious title, the plot focuses on Luke Hobbs and Deckard Shaw, played by The Rock and Statham, respectively, who team up to fight a genetically-enhanced villain. As far as the writing, Pearce, who also co-wrote Iron Man 3, brings up something he remembers Marvel Studios president Kevin Feige saying about one particular Marvel title (Pearce won’t say which one). Afterward, he recalls Feige musing that this particular film arguably had “more of the same” in it, and maybe that’s why it didn’t work as well.

“I think he recognized on some level, you want … you almost want to shift the genre movie-to-movie inside a franchise,” Pearce continues. “Previously, I think that would have been regarded as a giant risk. Don’t break the recipe! Whereas now, I think that is the essential ingredient for getting people out of the house.

“I think there’s also value in a movie that just looks like a great night out. Because I think some of the stuff we’re dealing with on a day-to-day level is psychologically dark and damaging … Excitement isn’t just sliding on a bike under a truck. It’s something I didn’t expect — or more than I expected. And it’s exciting to have a date with Hobbs & Shaw!”

Indeed, there are a ton of great surprises that Pearce and screenwriter Chris Morgan made sure to include in the film. Things like Pearce’s love of naming characters after places, which is why there’s a Brixton, for example, which is the name of the character played by Idris Elba. Other fun details worth mentioning (although, SPOILERS), include a surprise cameo during a mid-credits scene in which Hobbs’ CIA handler gives him a call. It’s a Marvel star, that’s all we’ll say.

Pearce confesses to being overjoyed when he got the call to come in and help out with the writing of Hobbs & Shaw (“Can you be in London on Monday?”) partly because he’s a genuine fan of the franchise. As in, he’s been sitting in the audience on opening night for the last six or so of the Fast & Furious titles.

“I hate sounding overly sincere, because being British, it doesn’t sit well with me,” Pearce says. “But I am honestly massively grateful I get to keep one foot in weirdo, Repo Man-influenced indie movie Hotel Artemis and then get to work with the biggest toy set in the world as part of a team making a giant, fantastic, fun summer movie.

“And what’s interesting is that I do think … I think the things you learn are totally cross-applicable. I think just because a fist-pump moment for an audience looks different in a Hobbs & Shaw screening to an A24 screening … you’re still reading the room. You’re still hoping to manipulate the audience and get them to buy into the collective dream, you know what I mean?”

As for Pearce’s next projects, they include Quartermaster, a feature film acquired by Netflix about which little is known so far other than that it’s a thriller and that Pearce is writing and directing.

Fast and the Furious Hobbs and Shaw